The actress has allegedly reached out to her lawyers to pursue legal action against Rockstar Games, the developer behind the "Grand Theft Auto" franchise, according to TMZ. The point of contention is purportedly their use of Lohan's image in promos for GTA V.

The game features a supposed Lohan look-alike attempting to escape the paparazzi and being cajoled into filming a sex tape at a hotel that resembles the Chateau Marmont, TMZ noted. The cover of the game is also in question. It shows a blonde woman dressed in a red bikini taking a selfie that could be the former "Mean Girls" star. 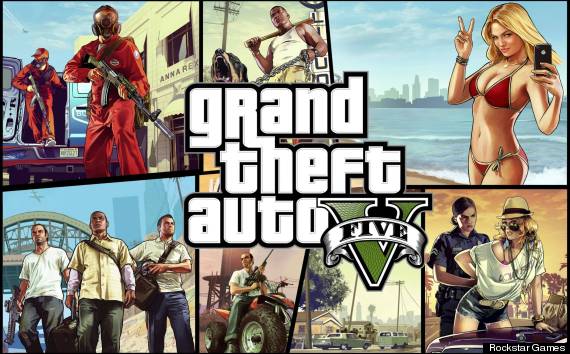 Forbes has some issues with the purported Lohan lawsuit.

"The paparazzi missions obviously do satirize people like Lohan, and the game’s writers may have even had Lohan in mind when they wrote those scenes," Forbes' Erik Kain wrote. "It’s more likely that they are amalgams of various generic celebrities, though, rather than Lohan specifically. Certainly I think it would be very difficult to prove."

And the cover girl illustration is actually meant to resemble model Shelby Welinder, who was hired by Rockstar in 2012 for the advertisement, the Daily Dot previously reported.

It will likely be tough for Lohan to prove that GTA V, which scored $1 billion in sales in just three days after its release back in September, blatantly used her image. Plus, she already has one failed lawsuit under her belt.

In February, Lohan sued Pitbull for using a "disparaging and defamatory" lyric about her in his song "Give Me Everything." A judge threw the suit out as the song is a work of art protected under the First Amendment.

A representative for Rockstar Games could not be immediately reached for comment.