Gil Saenz was the only Hispanic student in a program of more than 300 when he graduated from UT-Austin with an engineering degree in 1972. Now, he is determined to give today's children and teenagers something he didn't have: an early, firsthand, impactful experience with the scientific process. 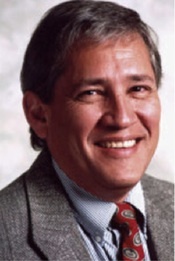 Giving them this "touch of science," he believes, is the first step on the path to successful careers and, in the long term, a STEM talent pipeline much more reflective of society at large. Between his 34 years at IBM and currently service as the National Vice President of Programs and Events at MAES, he has much insight to offer minorities interested in STEM and those who will educate and hire them. Gil will be doing just that when he participates on several panels at this year's GlobalMindED (www.globalminded.org) conference on issues of diversity and career development in STEM.

As he grew up in Corpus Christie, Texas, Gil was a good student and was particularly strong in math, but he was uncertain about what to do after high school. During a week-long summer visit to his aunt and uncle's farm, he stumbled across their Encyclopedia Britannica; while reading the articles was initially an effort to stave off boredom, he quickly found himself fascinated by the vast array of information. At that point, Gil recalls, he committed himself to learning everything he could about how things work. Later, in a high school counselor's office, he came to a more specific understanding of what that would mean: a brochure featuring careers in electronics caught his attention, and he realized that he wanted to study engineering.

Still, with no one in his family who had gone through the college application process, Gil had little idea of the steps he needed to take. At the end of his sophomore year, it was only when he overheard other students talking about the PSAT that he learned of the test's existence and the role it would play in the path to college. Luckily, Gil was able to register for the test at the last minute--and score well even without studying--but he points to that moment as an example of the information gaps that many first-generation students face. Moreover, he feels that while finding his own way out of necessity had some benefits, it also meant that he missed out on some work and life lessons until much later in his career. Gil hopes that no student will have to go through the same confusion and extra effort that he did simply because they have no family legacy of attending college.

After graduating, Gil joined IBM; about ten years later, he says, was when the company began to make more proactive, sustained efforts to increase diversity. Recalling his feeling of being "a stranger in a strange land" both on his college campus and at work, Gil got involved in those initiatives to help individuals and to make company culture more comfortable for everyone. "Talent gets wasted," he points out, "if those diverse, talented people don't feel welcome and stay in those jobs." Along with developing his own career, therefore, he deliberately made himself available to students and new hires who found themselves in an unfamiliar environment.

His work with MAES builds on the lessons Gil learned throughout his career and his efforts to increase diversity in STEM. MAES helps students build their networks as soon as possible, which Gil says is required--even if it doesn't come naturally. Especially at big companies, he says, seeking out and maintaining connections is vital to professional growth and company health (whereas small companies often function as a network in and of themselves). Perhaps the most effective way to make connections, he advises, is to listen closely to what everyone says, whether in informal conversations or big presentations. He sees networking as one of the best ways to continue closing the diversity gap, since it's a lack of resources and not a lack of talent that causes minority and low-income students to let go of STEM ambitions.

Organizations like MAES play a critical role in providing students of all ages with the "touch of science" that so often inspires an interest and career in STEM. The earlier students start thinking about what they need to do to have a career in the sciences, the better, Gil affirms. Because he had only pictures in encyclopedias and brochures, Gil emphasizes the importance of kids participating in demonstrations, and he finds it especially rewarding to see a child or teenager feel a sense of accomplishment and deepen their curiosity.

The many programs that MAES puts on are dedicated to the "touch of science" and to developing life and professional skills throughout the lifespan. Recently, the organization participated in the USA Science and Engineering Festival in Washington, DC. As children approached the booth, Gil asked if they had ever built a circuit before, and then offered them the chance to try it out: "it only took them a minute to assemble, but they got the thrill of making something light up, buzz and move." After they figured out how to assemble the pieces, he recalls, the kids became curious about what would happen when they changed out parts or connected things in a different order. Another of his favorite hands-on demonstrations helps young students see something they're already interested in--ice cream--in a new light, as they learn about the chemical and thermal reactions required to make it. "They realize that the world is science," he reflects.

In addition to inspiring young people to pursue STEM careers, Gil feels that involving younger generations in the decision-making roles of organizations like MAES is vitally important. For one thing, he notes, school and career landscapes have changed from when he was going through that process. Where Gil had to choose between taking the science classes he wanted and choir, students today have more options to pursue their interests in school and as extra-curriculars. Additionally, young adults are now much more likely to hold 7 or 8--or more--jobs over the course of their working life, and thus must become more familiar and more comfortable with the job search process. Gil has witnessed these changes to the workforce firsthand: when he began at IBM, the average tenure was 17 years, but when he retired, that had reduced to just 1.5. While Gil loves working with multiple generations, he also believes that the boards of organizations like MAES need to have a lot in common with those they're working to help. The combination of older members' well-established networks and younger members' insights and leadership, he says, put MAES in the best position to open up access and opportunity in the STEM world.

Gil's courage and enthusiasm will be a welcome part of this year's GlobalMindED conference, June 9-10 in Denver.