The gateway to Egypt can be found in the heart of Cairo set along the banks of the Nile. Cairo is a common entry point to exploring the vast treasures of Egypt and one would need weeks to fully discover what the country has to offer. With political unrest a common theme and a new leader settling in tourism is down and the crowds are small. Travelers can currently enjoy reduced airfare to Cairo and uncrowded sites to uncover. This is a great time to experience Cairo and if you only have a few days it is where you should start your journey in Egypt. 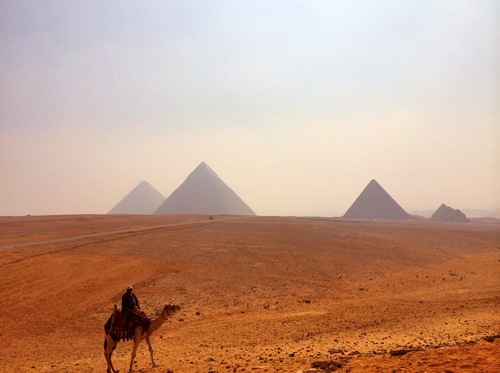 The Giza Necropolis is set on the Giza Plateau and a short 15-mile drive from Cairo. It is home to the Great Pyramid of Giza, the only standing Wonder of the World from the original seven, and the slightly smaller Pyramids of Khafre and Menkaure. The Great Sphinx can be found on the east side of it all. The best views can be had a short distance away where all the pyramids can be seen together. There are a number of hotels around Giza that offer stunning views of the pyramids and the Nile as well. 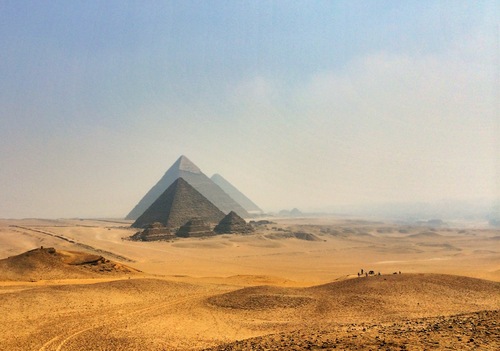 Narrow streets, covered markets, and historic buildings fill this part of Cairo. Islamic Cairo, also known as Medieval Cairo or Fatimid Cairo, can be recognized by the architecture and winding streets that are easy to get lost in while exploring the area. Le Riad Hotel offers an ideal starting point for getting around the city and one of the best areas to experience the sites and sounds of the city.

The Al-Hakim Mosque, built in 928, is a major Islamic religious site in Cairo. It is free to enter and explore and the friendly Imam will even take you up the old minarets for a spectacular view of the city after a small donation. 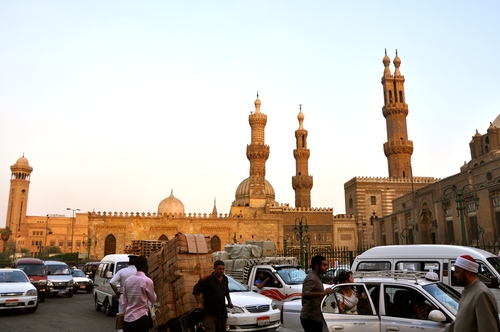 The Great Pyramids certainly deserve the attention they receive but do not forget about some of the other great nearby sites. The Red Pyramid at Dahshur is the third largest Egyptian pyramid. It was built in the Old Kingdom by Pharaoh Sneferu and is located just north of the Bent Pyramid.

The Bent Pyramid is located a the necropolis of Dahshur and was also built under the Old Kingdom. The name comes from the change in angle towards the top of the pyramid. The obvious "bent" look changes from 54 degrees to 43 degrees but was made during construction to strengthen the integrity of the structure to avoid collapse. It also signifies a change from the Step Pyramid with its smooth sides, which were the earliest pyramids of Ancient Egypt. 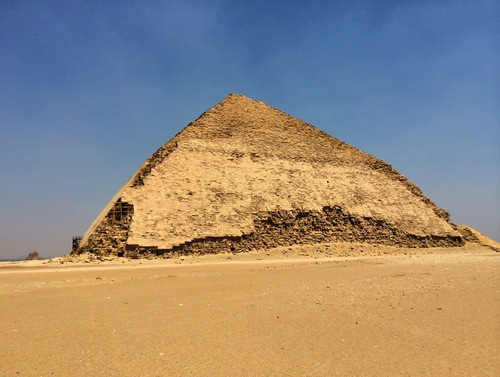 The Egyptian Museum of Antiquities is home to 120,000 items. Although, it is often criticized for being unorganized it houses incredible history. The Royal Mummies are not to be missed and the Gold Mask of Tutankhamun is an incredible site. The museum deserves a few hours to fully enjoy everything it has to offer and a guide may be helpful to identify the poorly labeled antiquities. 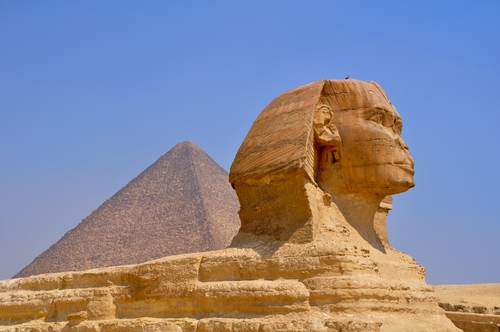 Just next door to the museum is Tahrir Square, home to the 2011 Egyptian Revolution, now a significant part of Egypt's storied and evolving history. With a recent election and new leader, el-SiSi, it is an interesting time in Egypt. Hopefully tourists will return soon but in the mean time set your sites on Cairo and enjoy the amazing wonders it has to offer. 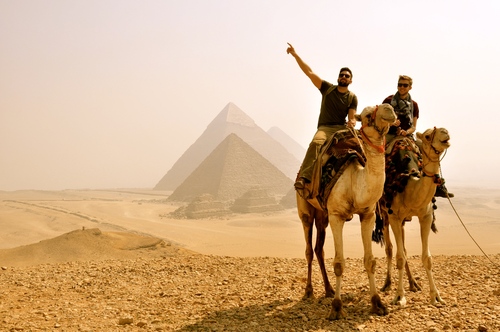 See more adventures from Egypt and around the world at Triphackr.com