The symbol in the dream has more the value of a parable. It does not conceal, it teaches. ~ Carl Jung

For years I have heard about the concept of a "visitation dream," in which the sleeper encounters a known person, often a deceased loved one, in a particularly vivid way while asleep and dreaming. Until recently I had never had a visitation dream, and had no thought of wanting one.

Then my brother and only sibling was killed at the age of 46 by a drunk driver, and my life was turned upside down. In the weeks following his death, a friend of his sent me a copy of Surviving the Death of a Sibling by T.J. Wray. I read it cover to cover. The chapter entitled Dreams raises the topic of the visitation dream, featuring several stories of how bereaved individuals had dreams in which their siblings appeared and communicated something to them. Wray wanted so badly for her deceased brother to visit her in a dream that she tried to will it into being, drinking special teas, meditating, using dream-recall strategies. She became jealous of others who told her about their own dreams in which he appeared. She wanted one more conversation, one more opportunity to be with him. As she tried to let go of her desire she did eventually experience a visitation dream, although she wisely remarks that there is no guarantee that anyone will have one, and no surefire method of making one happen.

I admit it: I wanted to have a visitation dream, too. Although my brother and I spoke and e-mailed often, I had not seen him in person for nearly a year. I wanted an encounter in any way that it could happen. I still do. But I haven't had one like the ones I've read about. He has only been in one dream of mine, about a month after his death, and it was a short and low-key dream, without the intensity that people describe as a feature of their visitation dreams. In the dream we were in the house we grew up in, and he was casually sitting in a chair at the round brown kitchen table, the old one that my mother had gotten rid of years ago when she gave it to me to use in a college apartment. He looked to be in his twenties. I was confused to see him - I said something along the lines of, "How can you be here? Aren't you dead?" I don't recall that he replied, but he gave me a look and a shrug that said, "Yeah, well, what can you do." He smiled and looked completely at ease. I think I sat down at the table with him. That's all I remember.

Recently I had one of those sleep-disordered, up-and-down nights. I fell asleep on the couch after the kids went to bed, woke up in the wee hours, answered a few emails and brushed my teeth, and went back to bed for a brief period of time before my oldest had to get up for school. In that time I dreamed I was in a forest that covered part of the side of a steep mountain. I emerged from the forest and stood on the ridge for a moment. Then out of nowhere an enormous hawk swooped down and grabbed me from behind with both claws. Whether I was smaller than normal or it was larger I am not sure, but relative to it I was the size of a small rodent, so it could pick me up easily. It flew high into the sky, carrying me so that I faced straight down, my body rigid and horizontal, my limbs pinned by the grip of its claws. I was terrified I was going to be eaten. Each claw dug into my skin painfully as we flew at heart-stopping altitudes. I couldn't move. All I could do was wait for the end.

But the bird didn't stop. It kept flying. Nothing else happened. We flew, and the claws gripped and hurt, and I forced myself to look down at the trees as they flowed by far beneath us, and I tried to breathe. And then I woke up with my heart pounding. 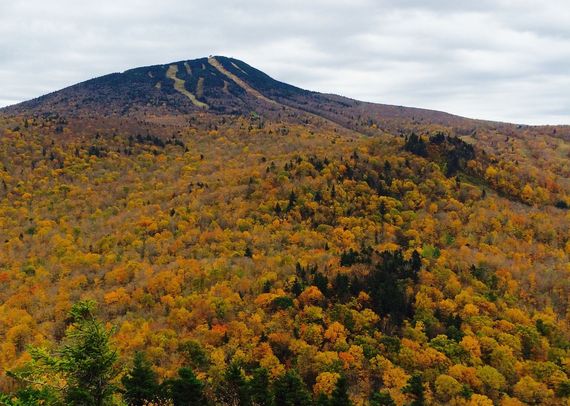 I couldn't stop thinking about the dream. I felt there was a message in it. Later that day it occurred to me: The bird is my loss -- grabbing me with no warning, pulling me out of my known world, causing enormous pain and grief, taking me somewhere I have never been. And rather than consuming me, it is holding me there, in pain but in motion, seeing things from a perspective I couldn't have imagined before. Where are we going, my loss and I? What will we see? Where will your own grief take you? None of us can yet know how our journeys will unfold, but we can wonder, wait, and breathe.

A previous version of this post, entitled Looking for a message in a dream, was originally posted on Life Without Judgment by Sarah Lyman Kravits.

Writer on grief, cancer, and crisis at www.lifewithoutjudgment.com. Student success author and teacher.