Louis C.K. did a live question and answer session on Reddit on Monday afternoon, and by doing so, continues his mission to be as accessible and honest with his audience as he possibly can. C.K., who self-released his newest stand-up comedy special "Live at the Beacon Theatre" this weekend through his website, seemed game to answer a variety of questions directly from his fans.

In the chat, which was on Reddit's IamA section (as in, "I am a [blank]. Ask me anything"), hundreds of Reddit users asked the comedian and "Louie" auteur whatever they wanted, and he answered with typically unfiltered candor. Although he did not answer every question, it was a nonetheless candid and captivating talk with a comedian at the top of his game. For instance, did you know that he does not consider himself an atheist? Or how he responds to groupies who try to have sex with him? Or that he can't count how many black T-shirts he owns?

We found 23 of our favorite answers that Louis gave his fans. For the full chat, click over to the thread on Reddit.

(As always with Louis C.K., the language he uses is heartfelt, hilarious and often NSFW.) 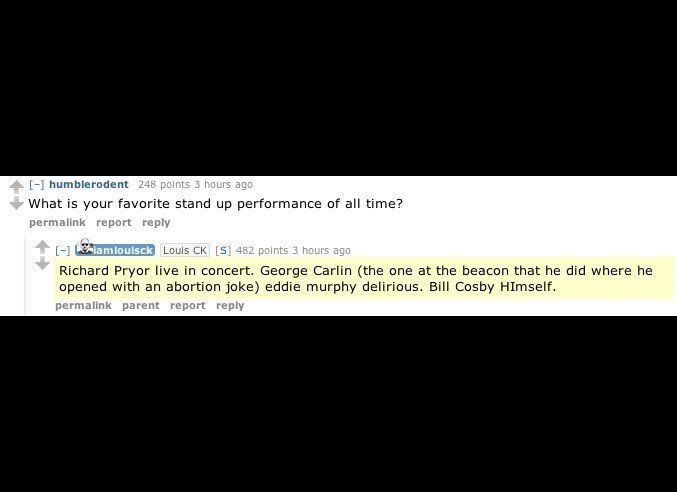