"The minute I saw those two photographs, I said, 'Oh, my lord, that's fabulous. How can I make that happen?'" says Lucinda Bunnen, recalling when she discovered two damaged slides while winnowing her archives of 60 years.

While some people might have been dismayed, even though only two slides out of thousands were ruined, Atlanta's first lady of photography envisioned a new direction for her work.

So at age 85, Bunnen, a collector, philanthropist, and regular fixture on the art circuit, is creating her most experimental work to date -- trippy, psychedelic images that constitute a re-imagining of her own oeuvre. 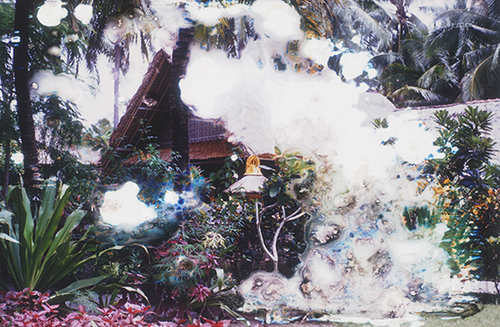 In this new body of work, called "weathered chromes," Bunnen collaborates with Mother Nature, putting vintage slides on her deck to be destroyed by the elements. Water, heat and time wash out part of the emulsion. The results can be surreal and dazzling, altering colors and enhancing composition. 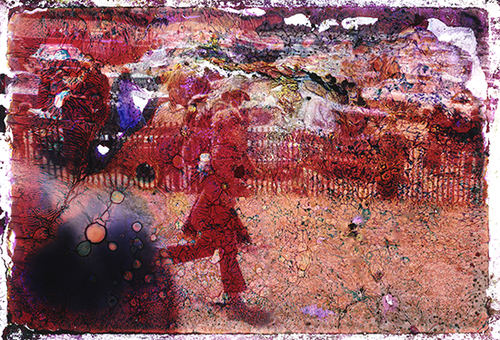 One of the two images found damaged was a typical family picture transformed into something more complex. A seated toddler (the artist's son Robb, now 61) reaches for a red-and-white striped Christmas stocking hung before a hearth. Blurring and blotches obscure much of the room, prompting open-ended speculation about reality and memory. 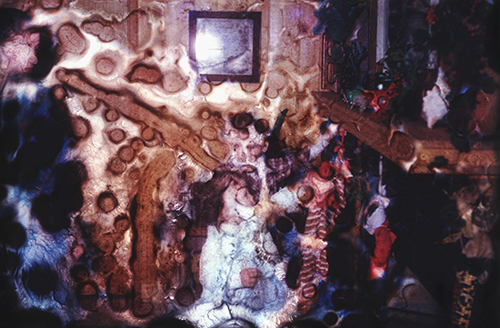 Loving the distortions and saturated colors in the Kodachrome, Bunnen began pulling slides from boxes and carousels and experimenting, aided by her then assistant Matthew Terrell.

"We tried lots of things, figuring out how to destroy the images in an interesting way," says Terrell. "We went through her entire cleaning closet and applied solvents with a Q-tip. We put some in the oven too, but all those just turned brown and red."

Then Bunnen put hundreds of slides on her deck and forgot about them. Three weeks later, when her gutters were being cleaned, she found the images transformed.

In "Shriner," a man with an outstretched arm appears engulfed in fiery patterns that evoke a state of psychological intensity. Eroded white patches that are nearly symmetrical focus attention on his otherworldly facial expression and iconic red fez. 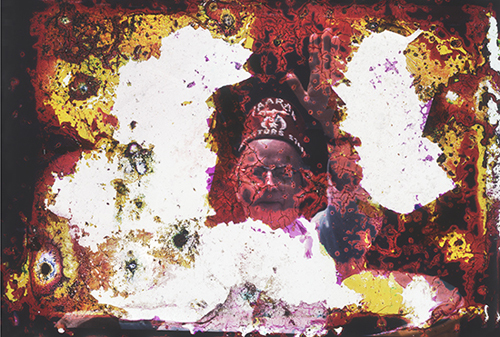 Some of the images are entirely abstract, such as "Owl," in which the only recognizable part of the photo is the white border left by the cardboard frame. 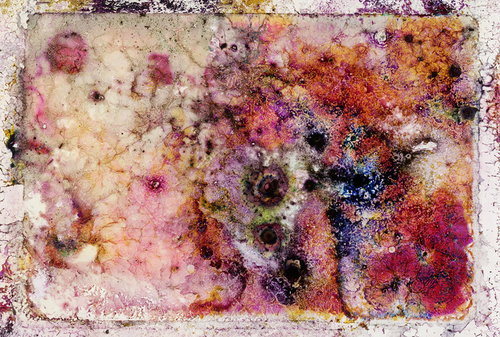 The pigment ink jet prints recently were on view at Marcia Wood Gallery in Atlanta in an exhibit titled "Lucinda's World Part III: Weathered Chromes" (May 21-June 20, 2015), the last of a trio of solo shows illuminating the artist's life and work. From October 2 to November 10, select "weathered chromes" will be in a group show at Mason Fine Art, as part of Atlanta Celebrates Photography, a citywide festival held every October.

Bunnen, who grew up on a farm in Katonah, NY, without much of an art background, discovered her passion for photography in 1970 after taking a 40th birthday trip to Peru. "No party. I just want to go somewhere," she had told her family. She bought a Super 8 movie camera to record the trip and took a photography course when she got home. Her classmates went crazy when seeing an incredible shot on her first roll of film ("Nuns on the Beach," now in the collection of the Museum of Contemporary Art of Georgia). 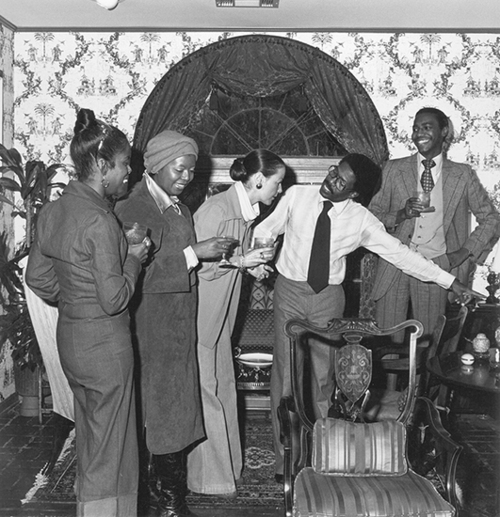 Immersed in Atlanta's budding photography scene in the 70s, she also began amassing work by renowned living international and regional artists. She helped launch the photography collection at the High Museum of Art, where the Bunnen Collection today includes 650 works. Last year she endowed the museum's first dedicated photography gallery, which bears her name. 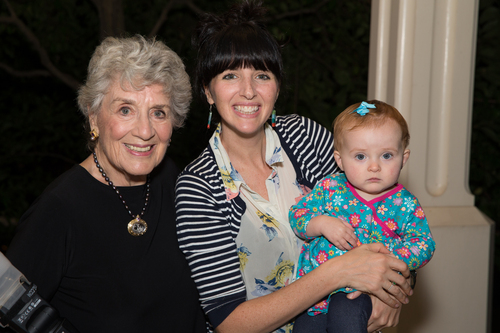 Lucinda Bunnen (left) with Atlanta photographer Whitney Stansell and her daughter at the opening of "Lucinda Bunnen: Georgia Portraits," an exhibit at the Atlanta Preservation Center in 2013. Stansell says of Bunnen, "I was finishing up my MFA at SCAD Atlanta, and she played a part in introducing me to the greater Atlanta community as well as supporting my work financially." Photo credit: John Ramspott

Representing experiences from foxhunting in rural Georgia to visiting an AIDS patient in Burkina Faso, Bunnen's work speaks to a life open to diversity.

As explained to South by Southeast photomagazine, Bunnen maintains an openness because life "just unfolds."

"I don't go looking for specific things. I think I just find things," she told SXSE's Barbara Griffin. "Things just drop out of the sky...maybe if you're open enough to see it, to feel it, to hear it, to know that's what you're looking for, you get it."