I stopped shooting film exactly six years ago next month, in the spring of 2008. Within my small circle of colleagues, I was one of the last to do so. I held out a bit longer for a few reasons, the most important being that film still looked superior to me. Cost, convenience and speed were the initial driving forces behind adopting digital, all of which have little going for them in the looks department. Of course, aesthetics are constantly evolving and now, a decade plus on, the lush, tactile feel of film has merged with the hyper real clarity and flatness of digital to create a mostly palatable, and occasionally striking, viewing experience. I am a (reluctant) convert. And yet...

The laments have been made ad infinitum, but I would like to add this to the chorus: with the dissolution of film came a real sense of disillusionment. My love affair with photography started at the age of 15 when I took my first b&w photography course as a high school elective and began processing and printing my own film. When I began shooting editorial portraits here in NYC, I spent so much time in the darkroom (sometimes upwards of 40 hours a week), I began to be known as a printer and did extra printing work on the side for more established photographers to make ends meet. The community we built at Beth Schiffer's, Print Space, My Own Color Lab, and a few other darkrooms scattered around downtown was incredibly strong, full of camaraderie, competition and critique and (dare I say it?) if not the best photography at least as good as anything being made anywhere in the world. We exchanged ideas and contacts and developed friendships that have endured the digital revolution and, in a few cases, will likely stand the test of time. We were all free agents and spent our time in the labs willingly even if we often found ourselves staying late into the night on drop-dead magazine deadlines. When digital took over, it did so with incredible speed and ubiquity. Almost overnight the labs became superfluous and most closed or changed irrevocably. This once tight-knit group of artists scattered to the cost-effective comfort and control of their home computers. Which is where I've spent the last six years editing and retouching my own images. For me, this is film's greatest loss and it is a profound one. At some point in my adult life a made a conscious choice to embrace a surprisingly tactile medium as a means of expression and livelihood and within a year or two much of the charm of making photographic art had been lost forever. It was a bit like learning you had suddenly developed a severe allergy to a bunch of your favorite foods... you learn to live with it -- you have to -- but it's a big bummer.

As we all know, the community rebuilt itself online... bigger but not necessarily better. Gone is the exquisite anticipation of the latent image and the alchemist’s magic of teasing beauty from emulsion. Everyone in the darkroom, and that could be as many as 20 or 30 people on a busy day, were privy to the mistakes you made and you to theirs. We all understood these were the real creative catalysts. Digital accidents are just not as interesting or inspiring. Of course there are many other little but lamentable losses like the wonderful process of editing stacks of contact sheets with a loupe and colored China Markers or sharing a fist-full of Polaroid of your on-set antics. (I made thousands in the ten years I shot film and I’ve kept most, often happily rediscovering them from time to time.) In our post-film world it is increasingly rare to see mistakes and process in test prints, Polaroid and contact sheets. The items that see the light of day, or rather the dim light of our computer screens have been scrubbed clean and polished to a nearly sterile perfection.

All of which leads me to Mars (the person not the planet). The first time I photographed Mars he was still a teenager and in the middle of the long, often complicated process of transitioning. In April of 2012 he was still slightly unsure how best to present himself and this occasionally lead to some confusion and apprehension for those around him. Nearly two years later, he is still the same remarkable presence in front of the camera only now in a more fully realized form. Before, where there was the fascinating combination of confidence, vulnerability and mystery he has now added a new kind of strength and self-possession. For a photographer such as myself, this kind of extraordinary subject is what I live for. And to have the opportunity to continue to photograph Mars is a true privilege. 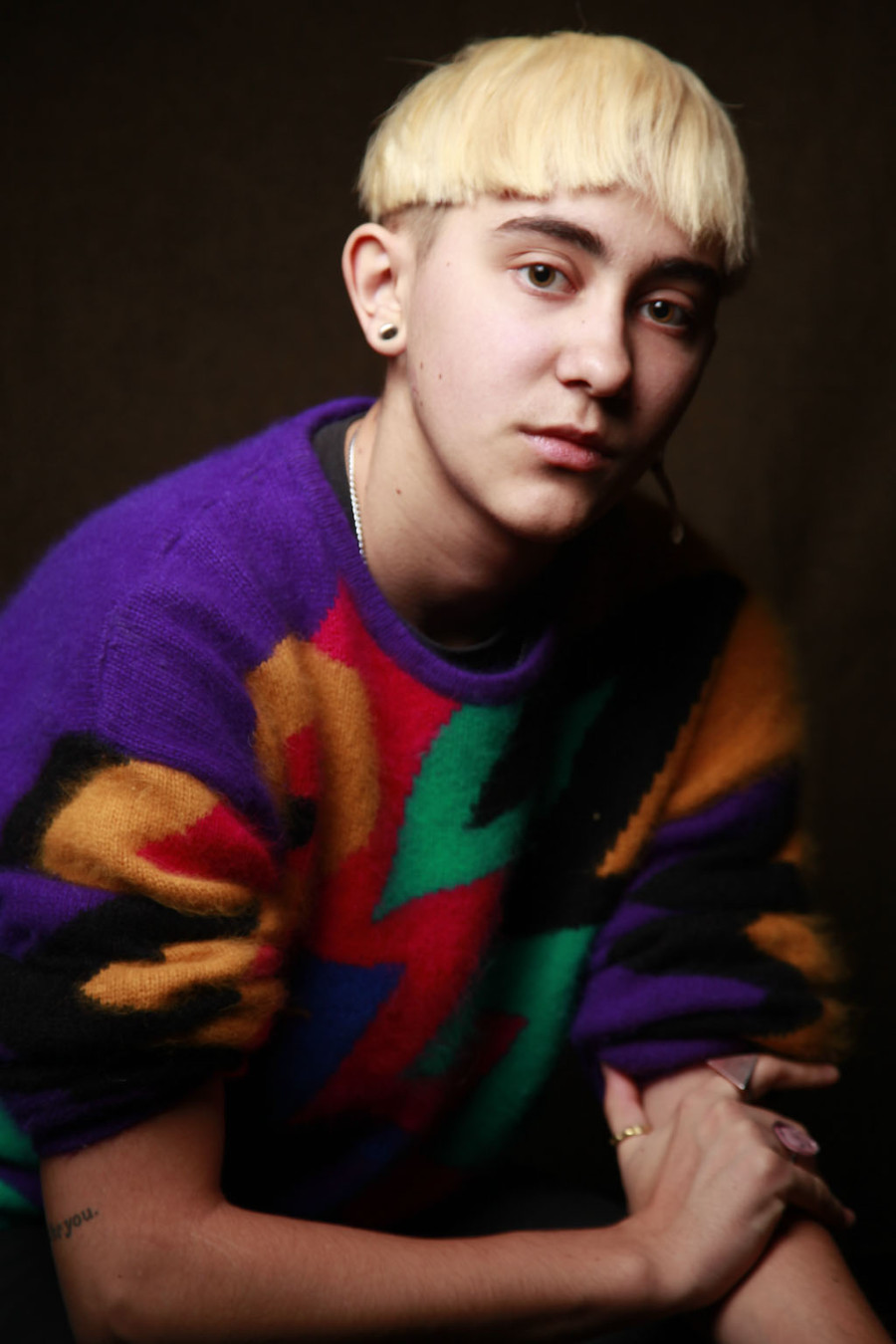 This past December Mars came to my home in Ft. Greene for a quick and very informal portrait sitting. I put up a single light and photographed him in my dining room; the two of us alone, talking easily about his recent life and art (he is himself a photographer) and working together to make the most interesting portraits we could. Over the course of a couple hours I shot about 360 frames and from that I made a selection of about 70, a kind of condensed set of contact sheets, to send to Mars. Below, I have included some of this selection so that, while scrolling through, you might be able to get a feeling for the process of making a portrait and the nearly auditory dialogue between subject and shooter. The photos have not been touched, toned, recomposed or manipulated in even the slightest way. They are all straight from the camera, much the way you might discover them for the first time in the darkroom. I hope viewers will experience some of the pleasure I myself often find when looking through the omitted images of other photographers. 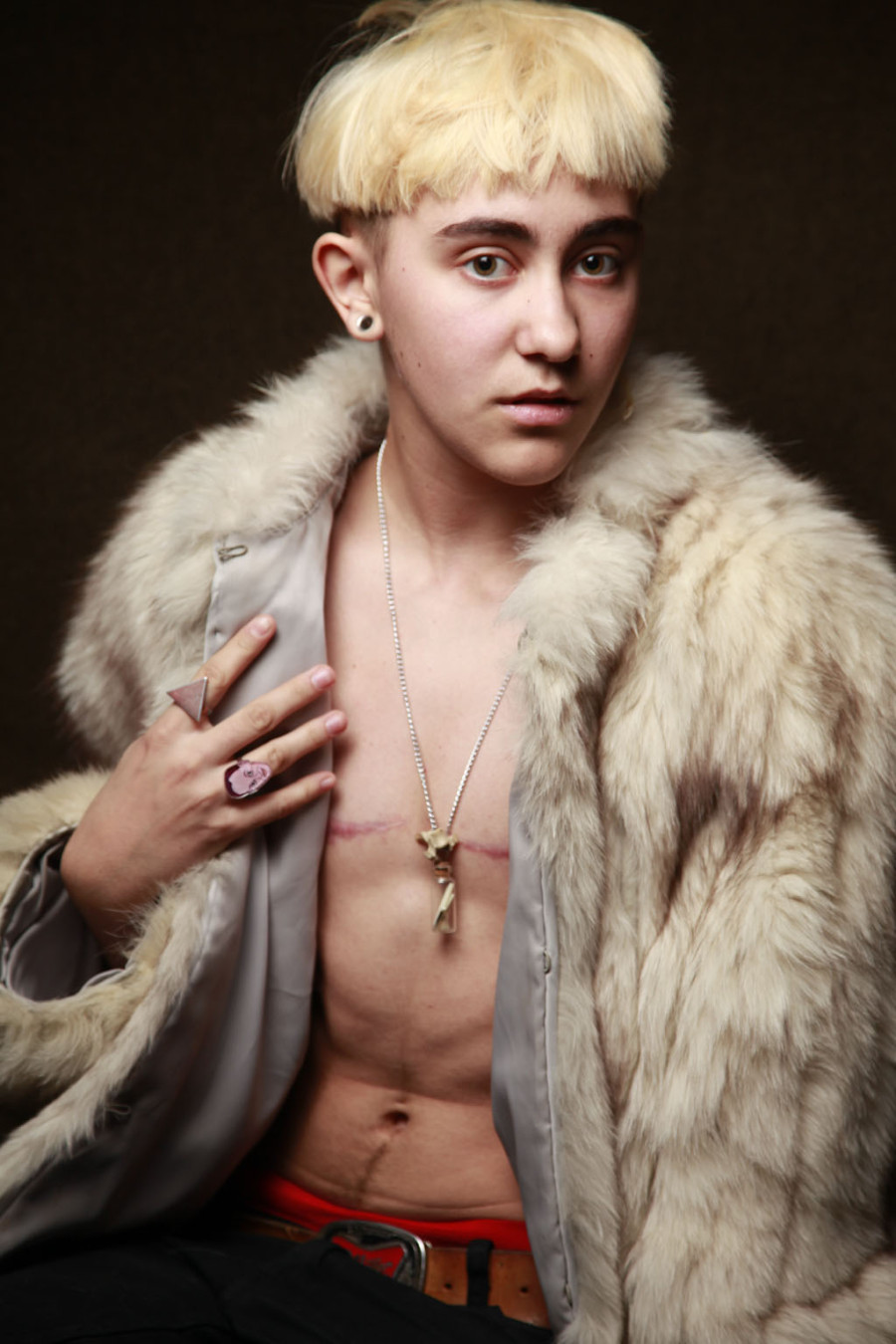 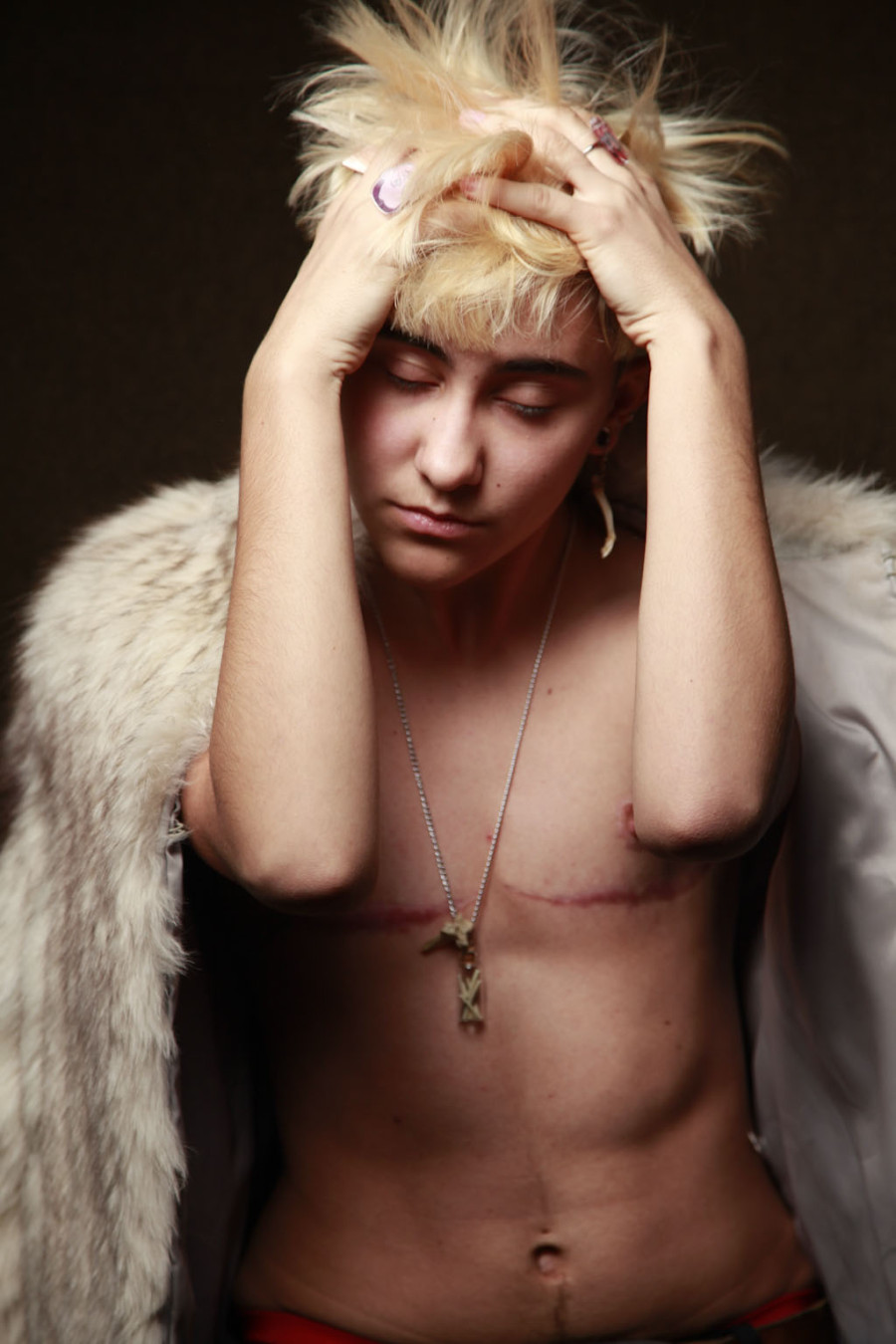 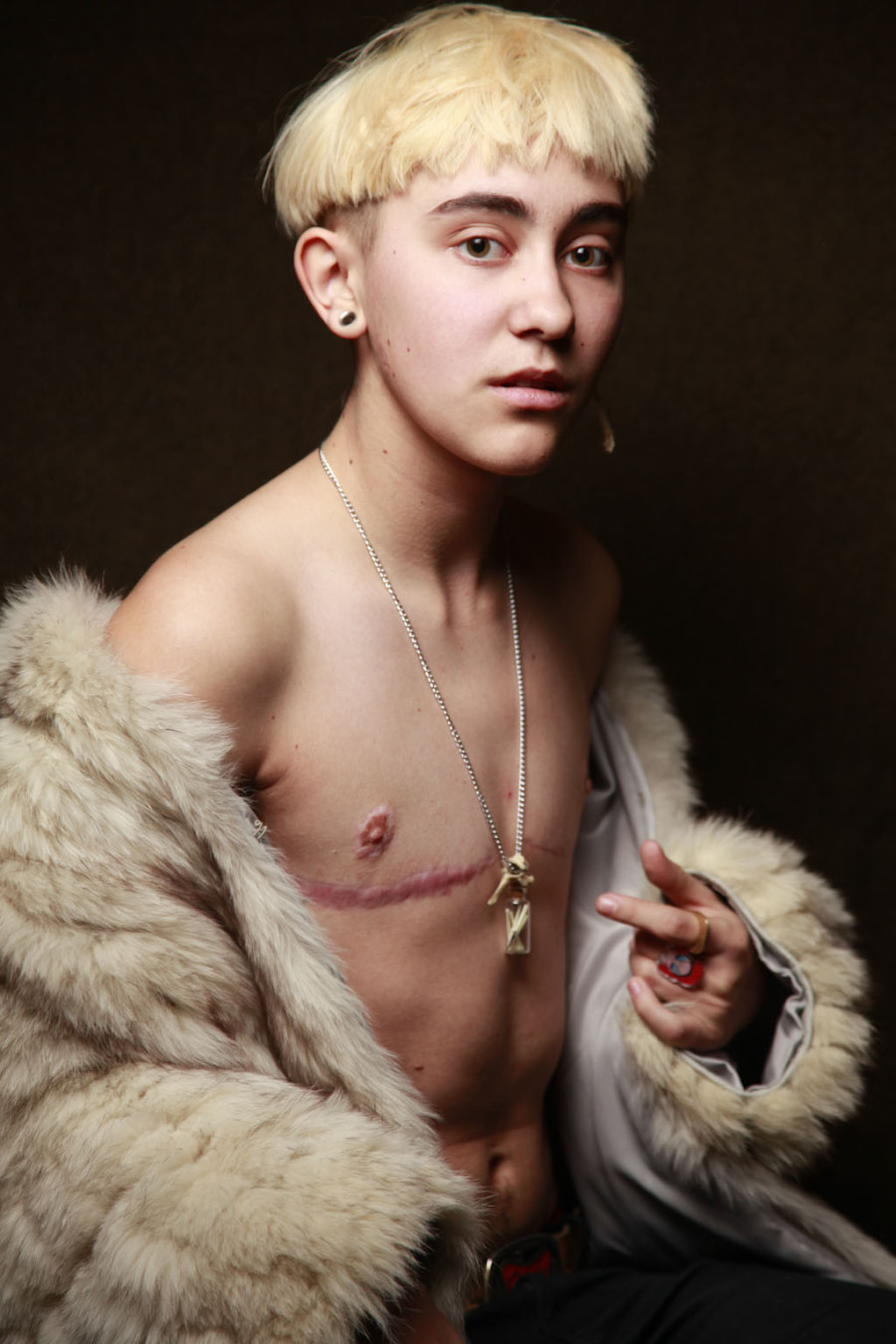 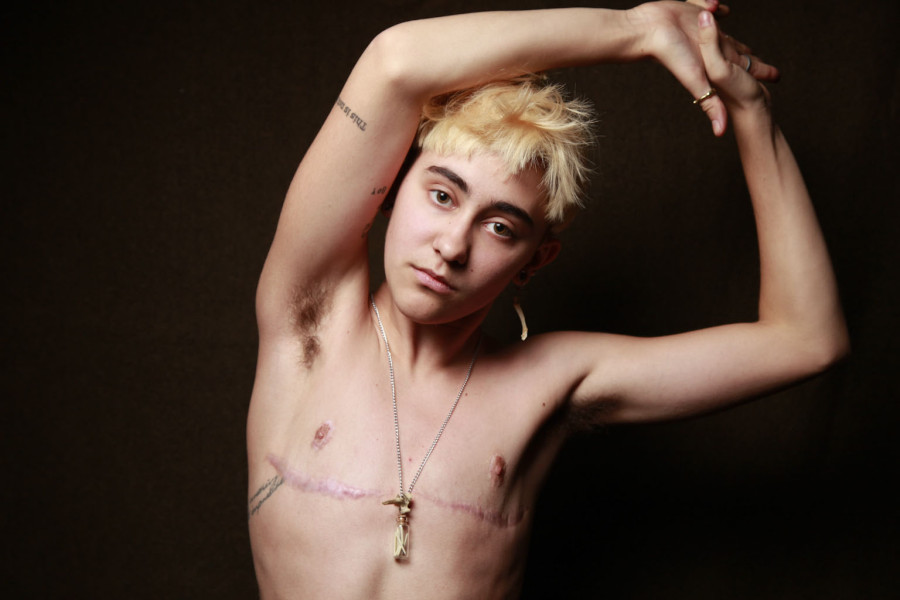 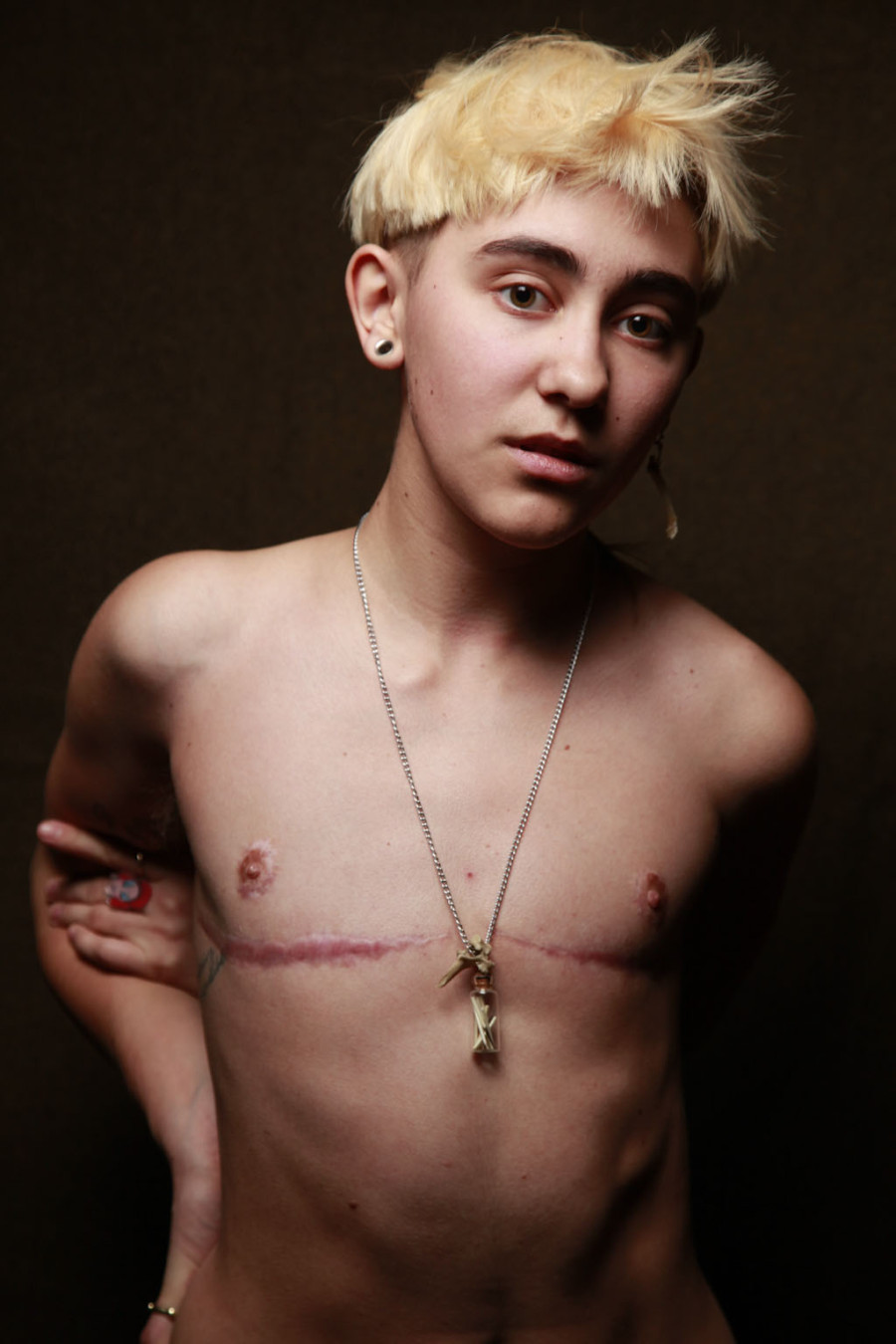 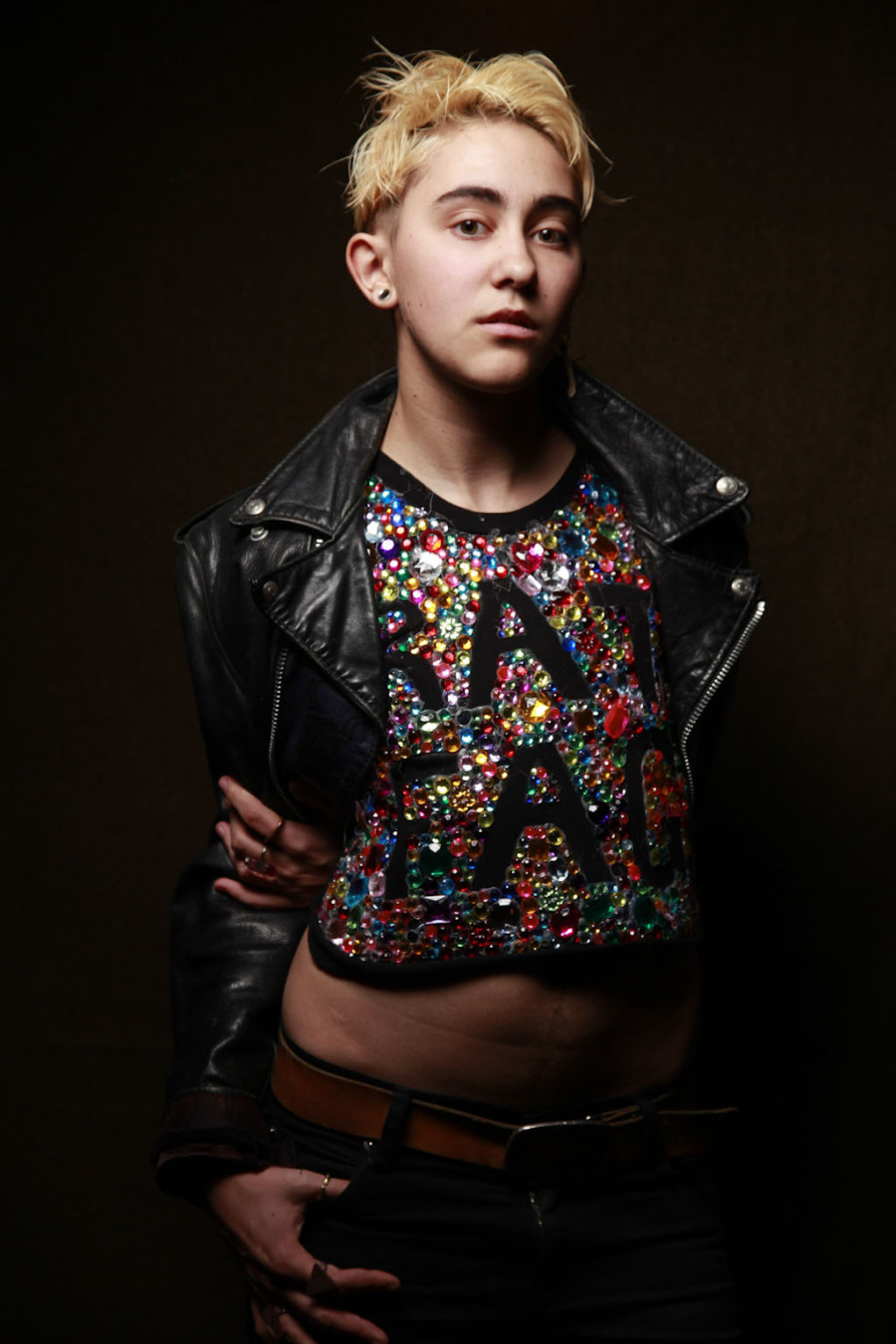 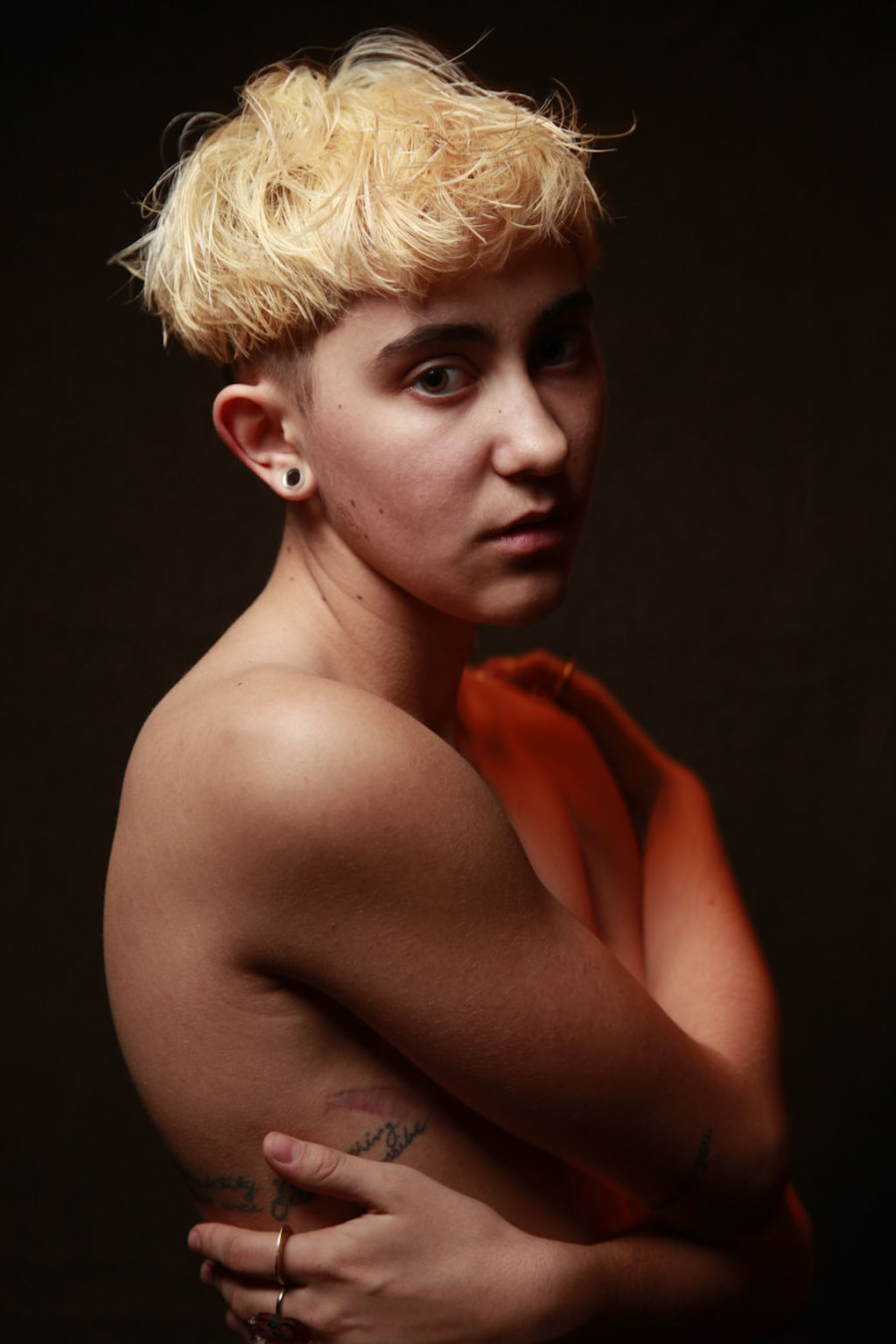 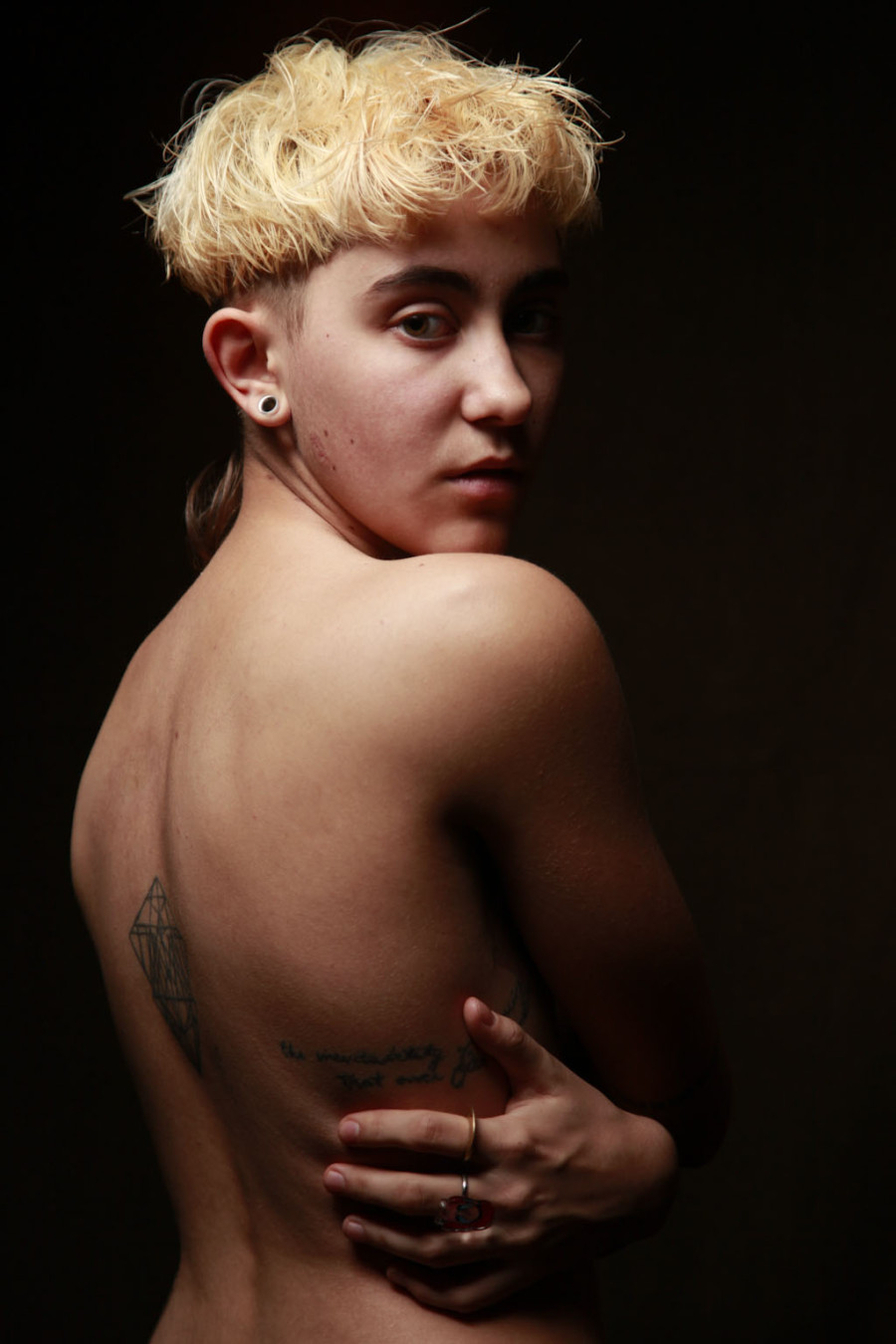 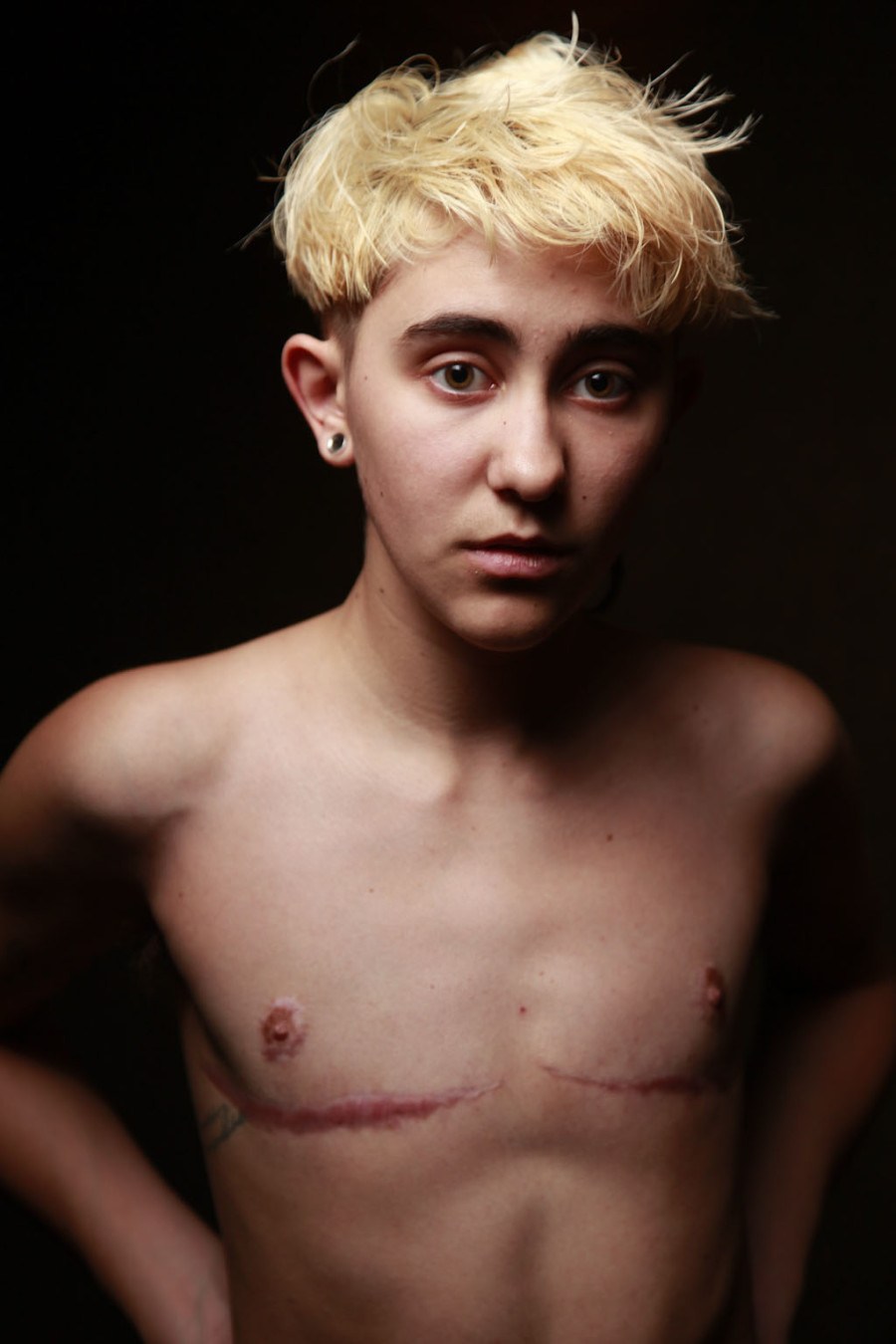 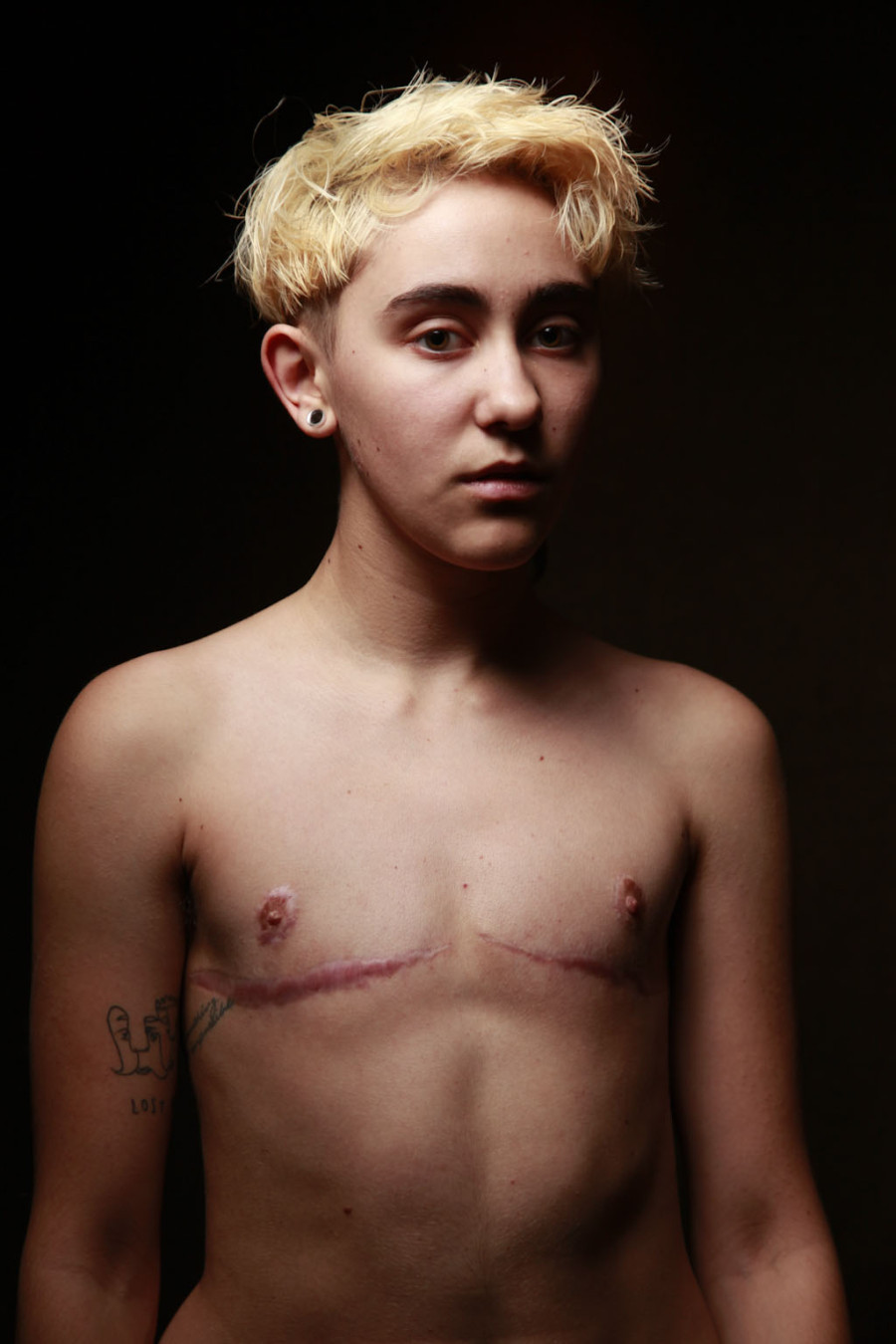 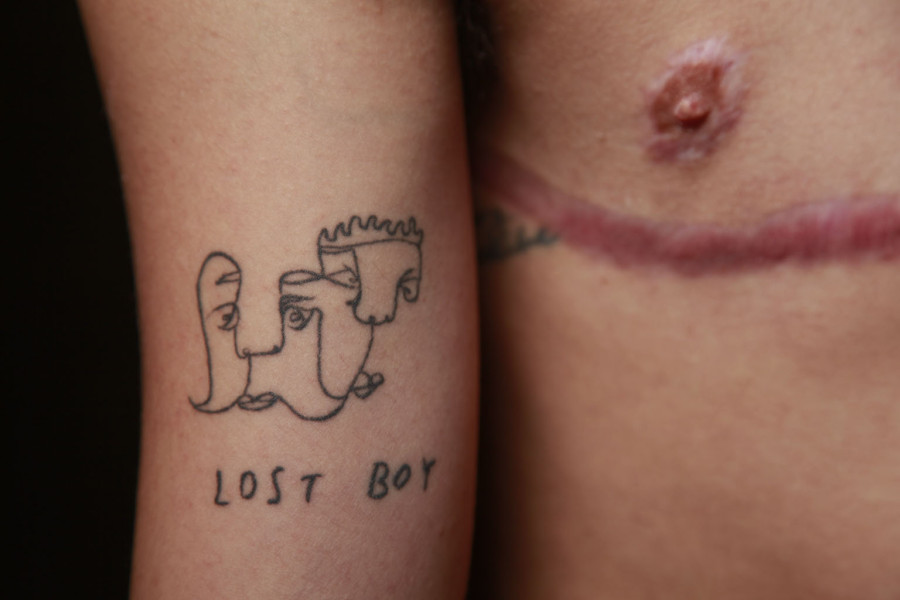 For the rest of Sharkey's 70-image series "Mars," go to his website here.