The Macy's Thanksgiving Parade balloons takes a lot of helium. On Wednesday evening -- Macy's Parade Balloon Inflation took place on the Upper West Side. The balloons were inflated at the American Museum of Natural History and despite any concerns about security -- the crowds were huge and in good spirits. 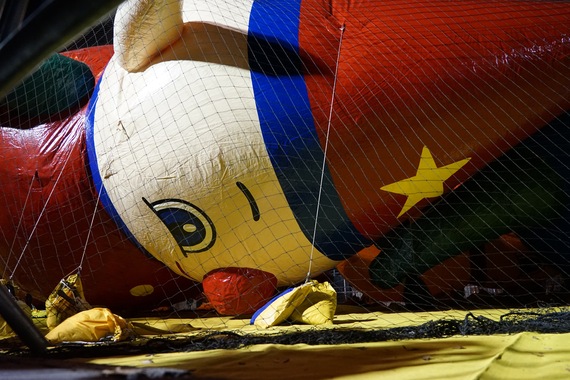 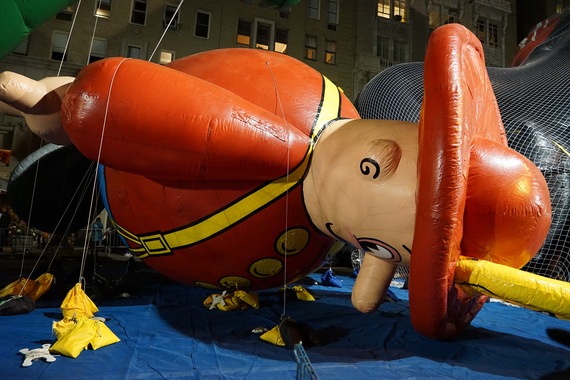 The giant balloons were released at the end of the Parade from 1928-1933, and the balloons had a return address label and prizes were awarded for the return of the balloons. 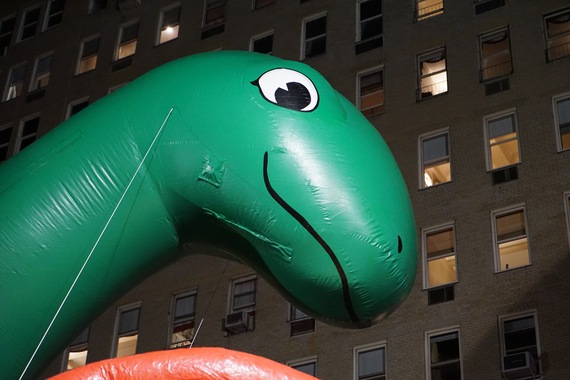 Between 30 and 100 balloon handlers escort the Parade's giant helium balloons along the Parade route... ready for any wind gusts that could make the balloons hard to keep under control. 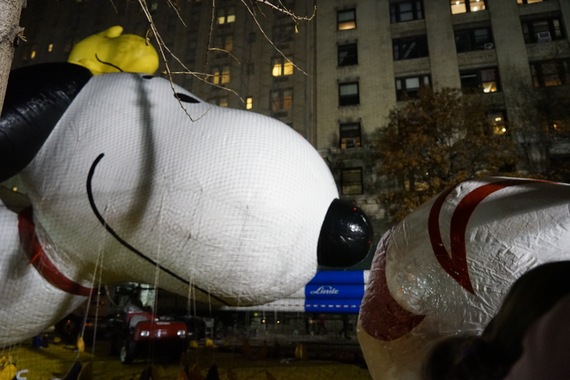