Half of the world's languages are endangered, and rapidly passing into oblivion. Manx--the ancient Celtic tongue spoken on the Isle of Man--had all but vanished by the 1970s. Defying the odds, it has returned to daily use through the heroic efforts of Manx language warriors. I visited the Isle of Man recently to hear the story of Manx's surprising survival.

Manxmen--as they call themselves--take pride in their resilience. "Whichever way you throw me, I will stand," a Manx motto asserts. Thriving under Viking invasion, British colonization, and island isolation, the Manx have built a thriving, tech-savvy, 21st century culture.

Manx was declared extinct after the 1974 passing of "last speaker" Ned Maddrell, whose recorded voice may be heard in the local museum. As Manx slipped into dormancy, those who spoke even a little were made to feel ashamed. People mostly stopped speaking Manx in public, and many disavowed or neglected it.

Some managed to learn Manx as a second language, by listening to legacy recordings, talking with elders, and reading old books. So, even though for a time no native speakers may have remained, there was a continuity of spoken Manx. 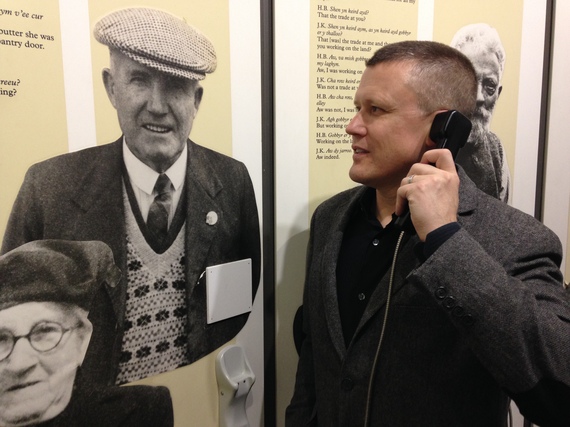 The author listening to the recorded voice of Ned Maddrell, famed "last native speaker" at the Manx museum.

A few islanders kept the language in their hearts, and as part of their identity. Musician Ealee Sheard recalls how tales evoked a mythical landscape: "I was always brought up with the Manx fairy stories...water spirits, things that live in wells, and the Cabyll-Ushtey, which is a lovely white horse that lures young maidens into the sea to try to drown them..."

Brian Stowell recalls that, as a teenager in the 1950s, it was viewed as crazy to waste time learning Manx. "People would say: 'You shouldn't waste your time with that nonsense...that was never a real language'...There were some very strong negative attitudes." Today, Stowell basks in the success of Manx's revival. "It's also a worldwide movement...people looking for identity, and looking to pick up scraps of what was left to them of an older culture."

What's the value of an obscure island tongue, in an era of global English and ascendant Chinese? "I just fell in love with the language," says Rob Teare. He explains how: "The Manx language is a Manx view of the world. It's a language that evolved to describe this place...the language contains the history and culture of the island. To lose that, you lose that input into world discourse."

In the 1980s, activists who had learned Manx as adults launched a bold social experiment. They raised their children bilingually, speaking exclusively Manx to them in the home, and letting them speak English elsewhere. These children, now grown, are the "new native speakers."

As early adopters of technology, the Manx have created iPhone apps, learning videos and social media sites. They text, podcast, and even translate movies into Manx using the subtitling platform Viki.com. Technology extends Manx's reach far beyond the island. As Rob Teare notes : "Now there's no physical restraint on the language. It's global." 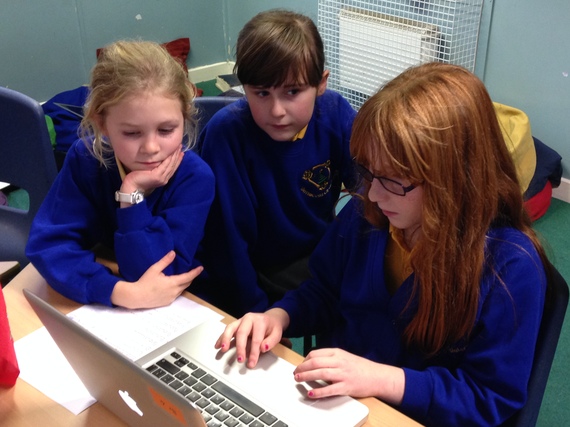 Once subsided to a whisper, an echo from a fog-shrouded island of ghosts and faeries, Manx now speaks with a confident voice. It tells a story of cultural survival, and of defying the odds, that resonates around the globe.

As activist Adrian Cain notes: "We're all part of a family, a global community, and you know, a loss of a minority language is a shame anywhere." He continues: "If people in the Isle of Man can do it, there is hope for other minority languages as well."