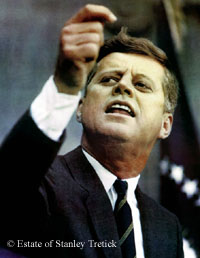 We are confronted primarily with a moral issue. It is as old as the Scriptures and as clear as the American Constitution.... If an American, because his skin is dark, cannot eat lunch in a restaurant open to the public, if he cannot send his children to the best schools available, if he cannot vote for the public officials who represent him...then who among us would be content to have the color of his skin changed? Who among us would then be content with counsels of patience and delay?


Next week I shall ask the Congress of the United States to make a commitment it has not fully made in this country to the proposition that race has no place in American life or law. 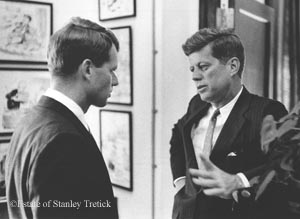 The President's approval plummeted from 60 to 47 percent after his speech, and he and his brother, Attorney General Robert F. Kennedy, began counseling "patience and delay," pleading with Civil Rights leaders to call off their scheduled March on Washington for Jobs and Freedom. Fearing violence and re-election in 1964, the administration said the March would do more harm than good. "We want success in Congress, not a big show at the Capital," said the President.

Kennedy summoned Civil Rights leaders to the White House to try to dissuade them but they remained resolute. The President relented and then called his brother: "Well, if we can't stop them, we'll run the damned thing."

The March organizers agreed to demonstrate on a Wednesday so people could get back to their jobs and not stay the week-end. Parade permits were granted from 9 a.m to 5 p.m so that marchers would leave the city before dark. Schools, bars, restaurants and stores were closed. All elective surgeries in area hospitals were cancelled to free up 340 beds for riot-related emergencies. The DC National Guard spent the summer training for riot duty and 2400 Guardsmen were sworn in as "special officers" with temporary arrest power. 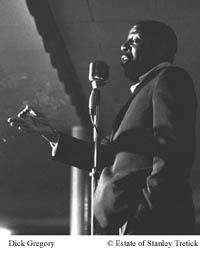 The city, including leaders like Mrs. Agnes E. Meyer, whose family owned The Washington Post and Newsweek, predicted "catastrophic outbreaks of violence, bloodshed and property damage." The government closed the day of the March and federal employees were told to stay home.

Weeks in advance, the March, set for August 28, 1963, became global news as Civil Rights activists around the world announced that they, too, would march in Berlin Munich, Amsterdam, London, Oslo, Madrid, The Hague, Tel Aviv, Cairo, Toronto, and Kingston, Jamaica. 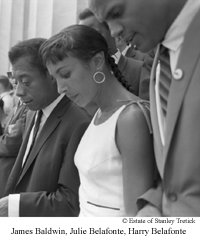 Even with unprecedented police presence on the Mall, the President was so concerned about hot rhetoric stirring the crowds to violence that he positioned one of his advance men behind the sound system at the Lincoln Memorial ready to flip a special switch to cut the public address system, if necessary, and play a recording of Mahalia Jackson singing, "He's Got the Whole World in His Hands." 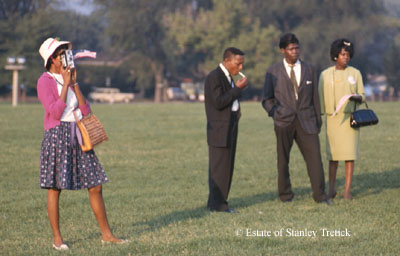 The day dawned with Washington's usual summer swamp humidity but most of the 250,000 marchers arrived in their Sunday best. Women donned hats and high heels; men wore white shirts and ties. They dressed for church; their mission was religious--to heal sick hearts and open closed minds.

They marched and sang and swayed to the soaring sounds of the Freedom Singers and Odetta and Marian Anderson; they sat ten-deep at the Reflecting Pool, many dangling their feet in the water like pilgrims who once gathered at the Sea of Galilee. 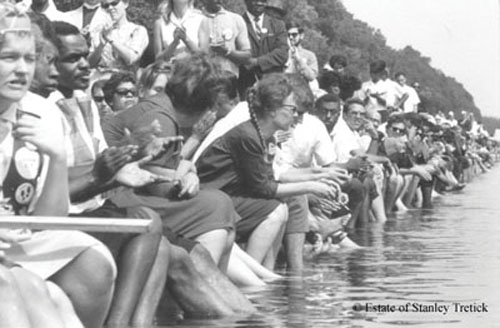 They cheered the speakers, and then they rose and roared in unison for the spell-binding finale of Martin Luther King, Jr., who had come to tell them about his dream for America "that one day the nation will rise up and live out the true meaning of its creed: 'We hold these truths to be self-evident, that all men are created equal.'" 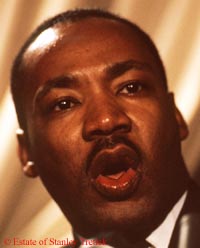 The vast throng of humanity erupted into thunderous applause with each crescendo of Dr. King's dream. In the rising cadence of a master spell-binder, he told America that if it was to become a great nation, it must make the dream of freedom come true for its black citizens. Even President Kennedy, watching on television, was transfixed. "He's good. He's damn good."

The President had refused to participate in the March, but he invited the Civil Rights leaders to the White House at the end of the day. He greeted Dr. King by shaking his hand and saying, "I have a dream."

Bubbling over with the success of the day which had occurred without one incident of violence, the President told reporters that he was edified by the speeches, the singing, the crowds -- the entire event. "The nation can be properly proud of this march," he said. 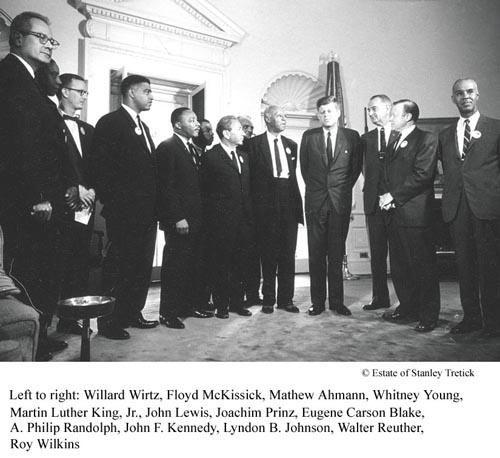 Even fifty years later with a black man as President of the United States, Martin Luther King, Jr.'s dream is not completely realized, but this month's anniversary of the March on Washington gives us a chance to commemorate its dazzling ideals. 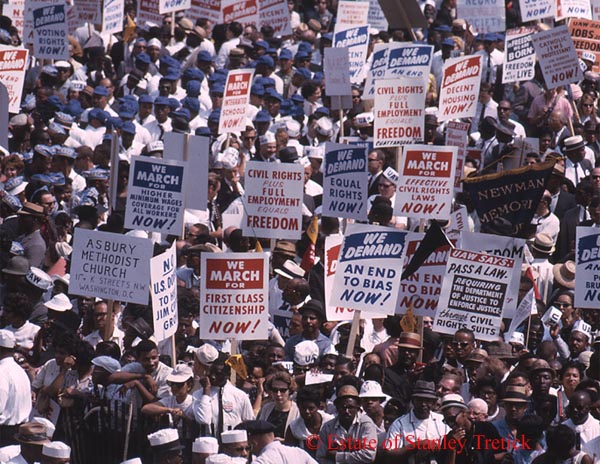