Much to my mother's chagrin, I eloped 22 years ago with the man of my dreams, tying the knot wearing jeans and a black turtleneck in a tiny attorney's office in Antigua, Guatemala. At 28, my biggest adventure as a child had been a family trip to the Grand Canyon. My new husband, on the other hand, had grown up overseas as the son of a U.S. Agency for International Development economist. He was a man of the world; I was the daughter of a printer and a homemaker from Dallas.

In the throes of what researchers call the "passionate love" stage, I was pretty sure my husband was too good for me -- and was just glad he didn't seem to realize it. He spoke flawless Spanish, cooked up a storm and loved the news business as much as I did. We couldn't have been happier. Over the next several years, we traveled to dozens of countries as foreign correspondents, had three amazing children, amassed many wonderful friends -- and also suffered through the loss of my mother.

But -- like in many marriages -- the lovely honeymoon period had a shelf life. And today, although we continue to share a strong and abiding affection and connection, I've come to realize that I've been doing something I never thought I'd do -- take my husband and relationship for granted. And I think a lot of other spouses do the same.

This realization hit me in the head recently when my son's high school coach scheduled a mandatory parents meeting at 7:30 p.m. on Valentine's Day. No, we didn't have any plans ... but who's to say we weren't going to make any? I mentioned it to my husband and he seemed nonplussed. Should I have been annoyed? I thought back to the first years of our marriage, how we enthusiastically participated in this widespread ritual of public devotion, doling out trinkets and baubles and surprising one another with special meals and trips. One year he bowled me over with a gift certificate for ballroom dance lessons. Now I can't recall the last time we went dancing.

As our marriage matured, we began to simply assume we'd always be together. We told ourselves that Valentine's Day was really pretty pathetic. People actually need to designate a day to be nice to their spouses? Ridiculous!

But now I think I was wrong. Somewhere along the way, that passionate kiss when my husband walked in the door from work morphed into a peck on the check that eventually morphed into -- on some days -- an inability to even look up from my email inbox. I began to be much more sweet-natured with my girlfriends than I was with my own husband. Worst of all, I began to keep score, constantly calculating who had done what. "I cleaned out the kids' closets, so you have to clean the basement." "I moved for your job when we first got married, so now you need to move for mine." "I initiated sex last time, so now it's your turn."

I asked some long-married friends if they still celebrated Valentine's Day and, much to my surprise, almost all of them did. One friend said, "I think for us, Valentines's Day is just an extra day to say that we love each other more than ever and to take a breather from our crazy lives. With so much going on with our kids, we tend to forget that, hey, we have a partner that we love."

She's right. We should all be celebrating Valentine's Day each year and every day in between. I sometimes think my husband and I were starting to become so familiar with each other that we simply settled into a stultifying -- albeit comfortable -- routine. And there's a real danger in that. Studies show that nearly half of men who have cheated say it was because of emotional dissatisfaction -- and not sex. When men don't feel connected to their wives, they are vulnerable to the advances of any admiring woman who pays a bit of attention to them.

In his film "Annie Hall," Woody Allen charged that "a relationship is like a shark. It has to constantly move forward or it dies."

And that's why, on this Valentine's Day, I will remind myself what drew me to my husband in the first place. I will suggest we try out a new restaurant, share a bottle of wine and talk into the night -- just like we used to do. In the months and years ahead I will eschew predictability in favor of the same kinds of surprises we used to give each other when we first got married. And I will toss aside the computer, and kiss him passionately, when he walks in the door -- and not just on Valentine's Day either.

The truth is, I still love my husband -- and I still get a charge out of my marriage -- just as much, if not more, than I ever did. But complacency can be a potent force. My vow is not to let it overpower us. 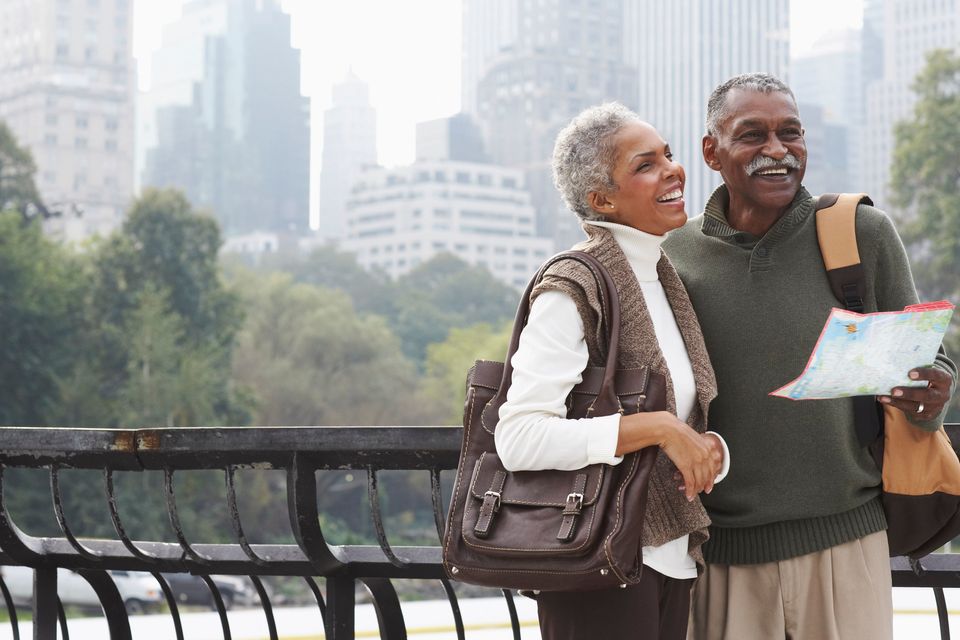 1 / 10
Be A Tourist In Your Own City
We're pretty sure everyone has the same handful of places they go to in their town. But how about ditching your standbys and explore your city like a tourist? Check out art galleries, museums, restaurants or other local points of interest that you and your loved one would never think to visit. It's a great way to get reacquainted with not only your city, but your partner as well.
Alamy