Surfers are celebrating a major win after a California court ruled against a Silicon Valley billionaire who had tried to deny public beach access near his private property.

Judge Barbara Mallach of San Mateo Superior Court ruled Wednesday that Vinod Khosla, co-founder of Sun Microsystems, violated the California Coastal Act when he closed off a road on his property that area locals have used for decades to access Martin's Beach, according to the Los Angeles Times.

The lawsuit was filed by environmental nonprofit Surfrider in 2013 after surfers complained that Khosla had padlocked a gate leading to the popular beach spot, covered signs that directed the public to the beach and hired security guards to deter trespassers.

According to Joe Cotchett, attorney for the Surfrider Foundation, the ruling represents a victory for the 99 percent, saying in a press release that "It affirms that great wealth cannot be used to circumvent and ignore the law. Everyone can again visit Martin's Beach."

The fight over this particular beach access, which is only an hour from Silicon Valley, seems to have added to tensions between locals and the influx of wealthy people who are buying property in the area.

"It's the issue of the growing gap between the very wealthy versus everyone else, and this sort of captures it in a snapshot," John Teshy, who teaches at the University of California, Hastings law school, told the Los Angeles Times. "High-tech billionaires are kind of gods in California, and it has that framework to make it all very interesting and newsworthy, but in terms of law, you have to get down to the particular facts."

Here are the facts: The gate that Khosla padlocked (which can easily be walked over) is located just off California Highway 1 and is the only way to access the public beach from land. Local surfers and beachgoers prize the beach, which is protected by rocky cliffs on both sides, because of its seclusion. For decades, previous property owners have charged a small parking fee and kept the private road open to the public.

In 2010, after receiving county court orders -- which he believed were unfair -- to keep the beach access open 24/7 and charge visitors $2 for parking, Khosla ordered his property manager to close the gate permanently.

Then, in 2012, a group of five local surfers known as "Martin's 5" were arrested on charges of trespassing after crossing over the gate to go surfing. Despite video footage, the case was eventually dismissed after the District Attorney claimed there was insufficient evidence.

Now that Khosla has been ordered to open the gate to the public (Mallach ruled that he had no right to deny access without first obtaining a Coastal Development Permit), many locals and even some tourists have flocked to enjoy the beautiful beach.

“We love the fact that the beaches in California belong to everybody,” Nikki Toth, a visitor from Arkansas who heard of the rulings and brought her kids to the beach, told the San Francisco Chronicle. “This is a great opportunity for them to learn the story of public access firsthand.”

Martin's 5: Battle for the Beach from The Inertia on Vimeo. 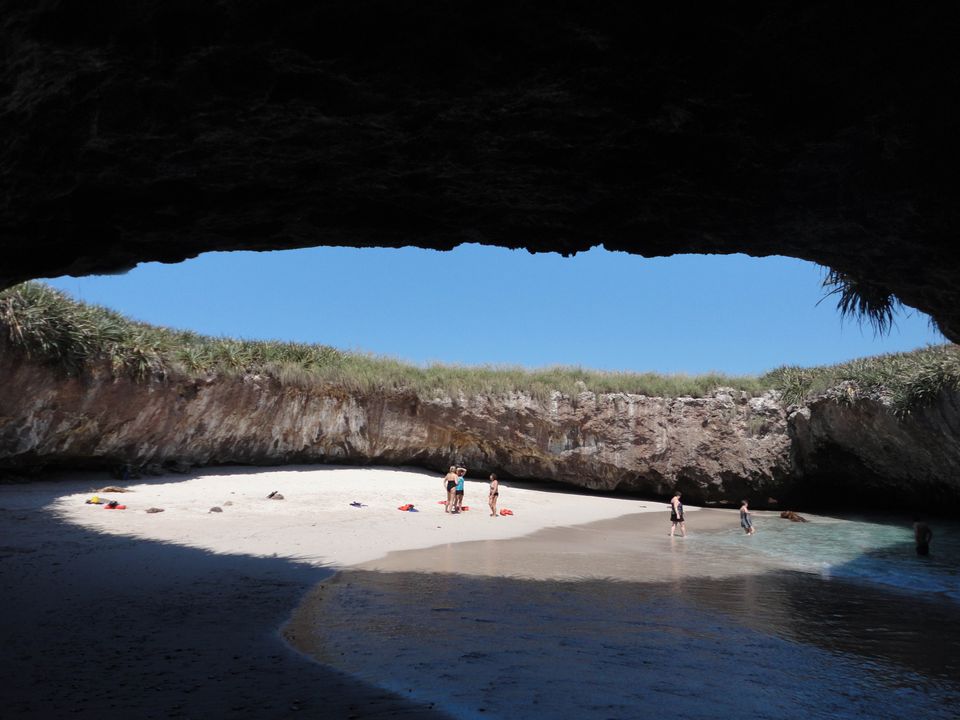 1 / 10
Hidden Beach, Puerto Vallarta
Located on the remote Marieta Islands off Puerto Vallarta, this beach was once a military practice site used by the Mexican government in the early 1900s. Now, ecological tours that offer snorkeling and kayaking are the name of the game on "Hidden Beach."
Pegaso Chartering / HotSpot / Landov