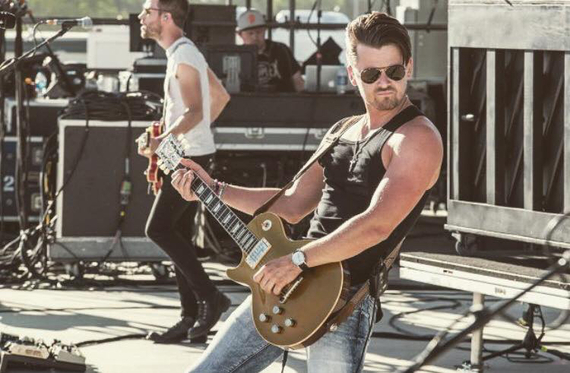 Listen up, ladies! We've found your new #ManCrushEveryday and his name is Chase Bryant.

Chase Bryant is the country boy that you all dream about. The 23-year-old Texas native enjoys fishing, spending time with his adorable dog, hanging out with friends, and cooking. Did we mention he is good-looking AND plays the guitar?

Our friends at Celeb Secrets Country sat down with Bryant recently to talk all things music. They also compiled a list of "sizzling" secrets about the country artist, which proves why he is our #ManCrushEveryday.

Make sure to check out Chase's new single "Room to Breathe" which is available now at all digital retailers. Co-written and produced by Bryant, the song serves as a candid representation of the young artist's artist evolution, evidenced by the track's vocal swagger, sweltering lyrics and captivating melodies. True to form, Bryant performs nearly every guitar part on the studio recording, including the single's electrifying guitar solo, which can be seen in the sexy lyric video starring Bryant himself.

Learn more about Chase Bryant and his music by reading the full article here on Celeb Secrets Country. 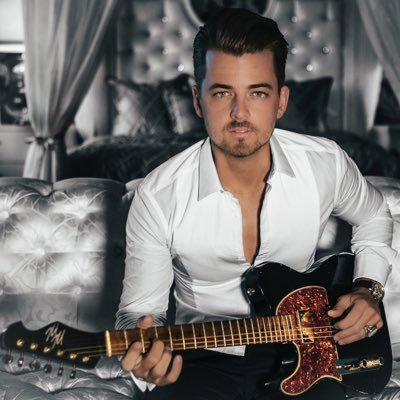 Biggest Inspiration: "Visually, it was James Dean and Elvis Presley. Musically, it was Bryan Adams, Tom Petty, Fleetwood Mac, Keith Urban. And also my mom and dad and my brother. My mom and dad raised us right and taught us morals."

Dream Collab: "Bryan Adams. Those records like 18 Til I Die, just hit a chord with me. The production value was amazing. It's just one of those things where it is one of the reasons why I play music. That record distilled the great parts about music and guitar and lyrics and the way it was produced. I think that's the reason why I do what I do because Bryan was such an inspiration."

First Kiss: "First kiss...I was in 6th grade. I kissed a girl who was an 8th grade cheerleader -- she was two years older than me -- I mean look at that...cougar. I think it was after lunch in the gym and it happened under the bleachers if I recall correctly. It was okay I guess. What was it supposed to be? I was in 6th grade."

Favorite Movie: "Forest Gump. I don't look at it like a comedy like some people do. It's the only time you'll ever see me cry. Anchorman is pretty great too."

Ideal Date: "Wine night, let me cook, cheese, maybe a great movie. Or even just hanging out and talking and figuring each other out. So good meal, good wine, good conversation."

Guilty Pleasure: "Guilty pleasure...either sitting at home and watching James Bond or John Wayne films, or fishing or hunting. If I can do those things, my life's made. Absolutely."

Most Embarrassing Moment: "Walking somewhere where there's a lot of people and tripping and falling. I've been in the mall before on the phone, talking and walking, and there's a lot of people standing around and I'll trip on carpet or something. I remembered it happened the other day. There was some construction going on and I wasn't paying attention because I was on an important phone call, but I had to grab some stuff before I left on the road that night. I was trying to grab some shorts or something and I was walking and I wasn't paying attention and they cut the tile out and I just tripped and fell in front of everybody. And I kind of laid there for a minute before I got back up, it was really strange, but yeah, I hate when that happens. It's the worst feeling in the world."

Biggest Fear While Onstage: "You know, honestly, it's probably that I hate seeing fights break out and stuff. I know there are kids and people at shows, so I hate seeing that happen. It's either that, because I don't want to see anyone else hurt, or tripping and falling on stage. You never want to see that video. You know it's going to happen at some point, but I hate thinking about that happening."

Weirdest Habit: "I'm a neat and clean freak. Very neat, very clean. Everything has to be put up in its place. Clothes need to be color coordinated from whites to lighter colors from dark to darker colors. So like t-shirts then have to go into ¾ sleeves, into long sleeves, then below that is like button ups, short sleeve button ups, then long sleeve button ups. One side is nice clothes -- nice jackets, nice suit pants -- and the other is like jackets you wear everyday. I'm very, very particular about it. I know where to find something if I'm looking for it."

Worst Date: "Oh man. You know, going on a date when the girl is literally interested in nothing. I took a girl on a date one time, went to dinner in a great restaurant too, and she hated it. She couldn't stand dinner. She wanted like fast food type food. And then took her to watch a band, she didn't like that kind of music. It was Vince Gill and The Time Jumpers and so that was the end of it for me. We're done, we can't do this. I remember politely saying like look we aren't hitting it off on anything, but I still asked if she wanted to go grab a drink and she said no. So I took her to her car and that was it. It was horrible and terrible. That was the worst one."

Celebrity Crush: "Shania Twain. I always had a childhood crush on her. She's a little older than I am so who cares? Or Marilyn Monroe. If she was still alive, that would be great. I was such a fan. One of those two."

Biggest Lie He's Ever Told: "Well, in high school, a buddy of mine shot a hole, with a bow and arrow, through a 5,000 gallon water tank and I said I did it and took the blame for him. I got in all sorts of trouble. I had to pull the arrow out and it drained 5,000 gallons of water in my parents' backyard. I had to patch it up and do all the work. He didn't have to do anything and I took the blame for him. It was a pretty bad one. My parents probably knew he did it and so my parents taught me that sometimes taking the blame for things that you shouldn't isn't always the right thing to do. He and I always had a rivalry in school, too, and I felt bad because I would be mean to him or he would be mean to me. We were really good friends, which is weird."

Weirdest Fan Encounter: "The one's that try to grab your butt and stuff all the time. I'm a shy guy when it comes to girls, so I don't really know how to handle it. You're like in the line and everything is going good and you're all pumped and then this girl kind of walks up and grabs your butt and asks if you're going to go out after this and asks for your number and you're kind of like hmmm no. I'm not going to give you my phone number and I also don't want you grabbing my butt. That's always weird, but it's kind of funny at the same time. I don't know why I'm such a shy guy when it comes to girls, so it's strange."

Hardest Part About Being An Artist: "The traveling is hard -- the wear and tear on you is terrible. I've got a bad shoulder, a terrible back, terrible knees. I'm only 23, but it's the wear and the tear. But it's all worth it at the end of the day too. It's why I do it. I like to work hard. I genuinely do because it feels good, but the wear and tear, and the not sleeping and not being able to catch up on rest or being sick all the time catches up to you. You never get to stop."