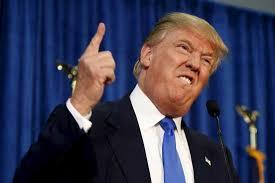 As Mercury retrograde approaches, I feel a bit like Paul Revere, the famous American patriot, who on his midnight ride, (supposedly) warned everyone, "The British are coming!" Now, let me say, just as dramatically, "Mercury retrograde is coming from September 17 to October 9."

Even if you haven't paid attention to the effects of the 3-week period when Mercury goes retrograde, this time you should, because major events are about to happen. I have some important predictions for you to consider that may change your life, on a personal, relationship, financial and political level.

For those who are a bit hazy about what happens during Mercury retrograde, the world seems to go haywire with miscommunications of all types. It's a time when politicians and business leaders mis-speak and make their worst decisions, often coming back to haunt them. Politicians, "stick their foot in their mouth," as former Governor, Rick Perry did during Mercury retrograde, November 9, 2011. You may recall his famous memory lapse during the Republican debate when he said, "Oops - can't remember," (in reference to one of the three government agencies that would be gone when he was elected).

What causes these mental-communications problems to happen when Mercury goes retrograde? The planet Mercury rules our intelligence, mind, memory and, all types of communication ranging from talking and texting to writing. It also affects our self-expression, and communication style. In a more public sense, it rules commerce, computers, telephones, transportation and air travel.

During these three weeks when Mercury is retrograde, one's mental faculties are not functioning well; communications of all types go "bonkers!" Suddenly, normal communication becomes unreliable, filled with misinformation where important data is missing or misunderstood. The passage of information from one person to the other seems to be unintentionally cloudy or confused in some way. After all, Mercury does rule the mind, mental clarity, talking, self-expression and overall communication. Throughout the Retrograde period, a person's intellectual, communication and mental processes are less acute. They become mistake-prone, confused and forgetful.

What's Unique About This Retrograde?

Each Mercury retrograde has a certain character based on the sign that Mercury is in when it goes retrograde. This retrograde is in the sign of Libra.

Normally when Mercury is in Libra, communications between people are likely to be social, charming and diplomatic, leading to win-win negotiations. But since Mercury in Libra will be retrograde, we are likely to see more than usual disagreements between lovers, bad news about the economy that shakes up the stock market, and fierce disputes among politicians over agreements, both new ones and old ones. Here are my predictions during these three weeks of Mercury retrograde.

Predictions During This Retrograde

1. Personal Relationships - Prediction: you'll make-up or break-up. In the area of romantic relationships, expect to be talking more about love and relationships. Why? Keep in mind that while Mercury is in Libra, it is still ruled by the planet "Venus." Perhaps, your relationship world was in a quandary this summer, thanks to the Venus retrograde that's been going on, finally ending on September 6th. You may have had an eye-opening, even stressful relationship that affected your life - causing you to think twice about whether it was right for you.

During the three weeks of Mercury retrograde, expect makeups and breakups during this time. Very likely, neither will last if they occur during the retrograde because it's the wrong time to make well thought out decisions about such matters. You'll end up having that relationship come right back to you like a boomerang.

The purpose of this retrograde is to re-evaluate whether or not the relationship should be in your life. For some, you'll re-define your role in your current relationship. If you've recognized elements of it that are not going to work, this is your time to re-negotiate how it needs to change to satisfy you. Wait until October 10 to give someone your hand (or the axe).

2. Financial Turmoil - Prediction: huge stock market decline. Since Venus rules, finances and banking, be concerned about your money. The retrograde is not a good time to be making sound financial decisions, especially about your investments. This brings me to Prediction #2 on the stock market.

This retrograde is unique in that Mercury will start out in the "air" sign of Libra and end up in Libra. In astrology there are four "elements": Fire, Earth, Air and Water. This retrograde is even more unique because Mercury retrograde periods only occur in the same "element" (i.e. Fire, Earth, Air, Water) sign approximately every seven years. Why is this all so significant? Noted astro-cycles expert, Ray Merriman gives the answer,

As you may recall, during 2008, the stock market was crashing and world economies were being brought to their knees. Panic and fear occurred in all the financial markets. There was confusion and upset among politicians and our government as to what to do. As one would expect, since it was during the retrograde, many bad ideas were turned into poorly thought-out, expedient solutions. It's taken us years to dig "partially" out of that economic hole and the turmoil created during those times.

Once again, we have Mercury retrograde in the air sign of Libra during an ominous time in the world and in the financial markets. Be sure to pay attention to your investments and opt for safety to avoid losses. This along with other negative financial astrology will result in a September and October in the stock markets you will not soon forget.

3. Political Upheaval - Prediction: Iran Nuclear deal contested + Major political gaffe by a Republican and Democrat. Mis-information about the Iran Nuclear deal will come out during the retrograde and cause huge protests and efforts to obstruct it once again. Expect another politician to make a Rick Perry type gaffe.

Normally, this would be a time when people would shy away from conflict, but since Mercury in Libra is retrograde, expect people to be verbally aggressive. While this sign is associated with harmony, peace and balance, it's also associated with other extremes such as fighting and wars that make it difficult to achieve conflict resolution.

The Sun moves from the earth sign of Virgo to the air sign of Libra on Sept 23rd. At that time we will have both the Sun and Mercury in the air sign of Libra, which will result in political and business leaders wanting to take actions and make decisions based on "ideological or theoretical" beliefs. Such thinking always sounds good, is popular with the masses, and inspires great hope (e.g. Donald Trump).

Unfortunately, the beliefs espoused by influential decision-makers and politicians are not grounded in facts and reality. As a result, their ideas and decisions are often mis-guided and do not work out as expected. A worse consequence of their misguided and ideologically based dialogue is that they foster an angry, emotional, hostile, and divisive political and socio-economic environment that ends up polarizing people into opposition groups (e.g. Donald Trump). So, if you think politics has been especially uncivil and ugly in the past few months, "you ain't seen nothing, girlfriend!"

Constructive solutions and compromises are more likely to be found when Mercury goes direct on October 9. At that time, some of the adults will be back in the room with more practical and intelligent solutions for domestic, economic, political and world problems.

Wait Until Mercury Retrograde is Over

Wait until Mercury goes direct on October 9 (at 9:57 am ET), to take action and make important decisions. When that happens, clearer communication will return, important data can again be relied on, and you'll see matters with crystal clear vision. You'll possess important information you didn't know while Mercury was retrograde. This new knowledge will help ensure you're making a correct decision in your relationships, with your money and in your view of political events. If you heed this cautionary advice, you'll have less frustration, fewer mistakes and disappointing failures during these three weeks.

If you want to know if you were born with Mercury Retrograde; and, where your personal transits are - to see how they are affecting your life, go to the Free Transit Calculator and enter your birth date. And, if you're curious to learn more about your personal Horoscope and what it says about your love relationships, career, investments and health in: Order your customized Report: Your Horoscope & Future in 2015-16. Or, a report on - Your Love Compatibility.