When magazines blithely declare a celeb to be "America's Greatest (fill in the blank)", our tendency is to disagree -- or simply ignore.

But we are totally, completely on board with Vogue bestowing the title of "America's Greatest Actress" upon the indomitable Meryl Streep, who covers the mag's January issue with the appropriately glowing headline.

Streep, who turned 62 this year, is the oldest woman to grace Vogue's cover solo (in 2004, 59-year-old Priscilla Presley appeared on the cover alongside her daughter and granddaughter). But from the admiring article inside, it's clear that age has only affected her in the best of ways.

Her skin is fabulous and luminously pale, and her pretty hands are manicured so naturally that I can't tell if her nails are polished or just beautifully buffed. She is slight and delicate, maybe more than I expected -- but that's because my recollection of her physicality is not memory (I never met her before) but illusion. Streep on my screen is sturdy, giant, and galumphing; homely, fine-boned, and aristocratic; earthy and sensual; couture-skinny; heart-of-glass delicate: It is not just her accents that change from movie to movie.

But skin aside (because what celebrity mag profile is complete without an in-depth description of the subject's glowing skin?), Meryl is reveling in her age in other ways. Succeeding as a female in Hollywood at this age is no small thing, as she told Woods:

In 1989, she turned 40. "I remember turning to my husband and saying, 'Well, what should we do? Because it's over.' " The following year, she received three offers to play witches in different movies. She saw the subtext pretty clearly: "Once women passed childbearing age they could only be seen as grotesque on some level."

Grotesque she is not. Streep looks lovely on the cover, namely because she looks her age -- no Botox, fillers or spray tans here, just a makeup-light face and some cozy clothes care of Carolina Herrera, Vince and Lauren by Ralph Lauren.

See a few photos below and see the rest at Vogue.com. 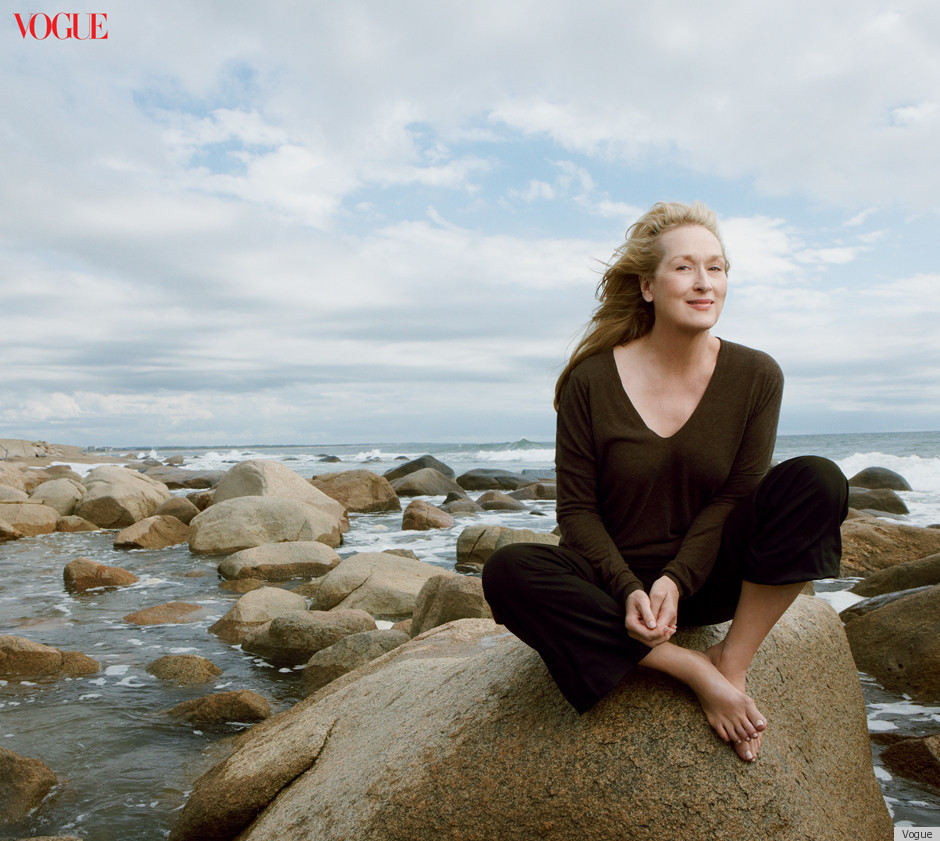 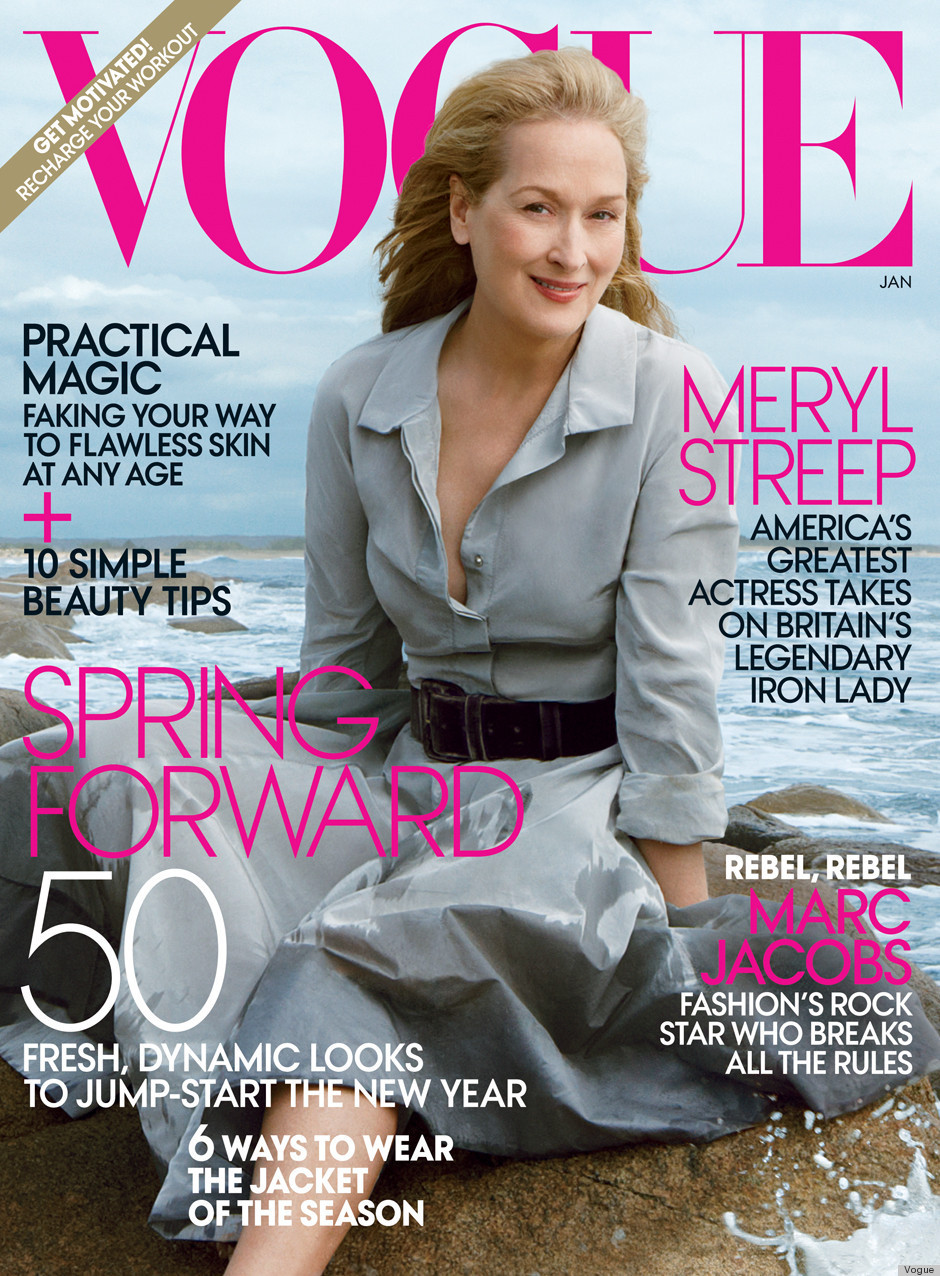