The American Muslim community is incredibly diverse, ethnically, religiously, linguistically, ideologically, socially and economically. Mirroring that rich diversity are the myriad contributions Muslims make in America. This is the inaugural article in a series exploring that positive impact.

We begin in Michigan -- home to the nation's largest Muslim population.

Among those Muslims is Dr. Muzammil Ahmed. Dr. Ahmed, 46, serves as Vice Chief of Oakwood Annapolis Hospital's medical staff and works as a urologist affiliated with Wayne State University School of Medicine. He is a husband, father and current chair of the Michigan Muslim Community Council (MMCC). 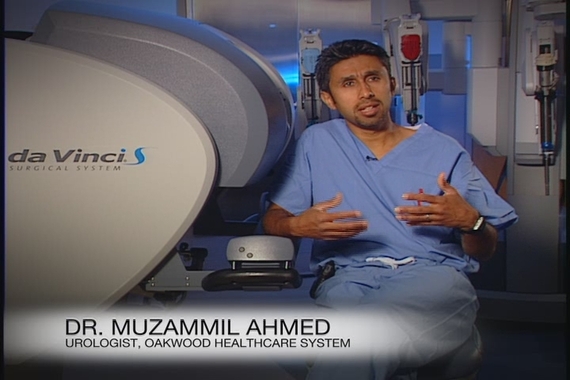 "As Muslims, the highest form of faith is faith that is put into action," reflects Dr. Ahmed.

Representative of that ideal is MMCC's Ramadan program where members not only abstain from food and drink from dawn to dusk but also strive to feed the poor by organizing food drives at their local mosque and volunteering at soup kitchens.

Volunteers also work in partnership with Forgotten Harvest, a nonprofit dedicated to relieving hunger, to re-pack nutritious meals in family-sized containers for low-income families. And, some volunteer with Meals on Wheels, serving food to senior citizens who cannot leave their homes.

The Ramadan Community Service Initiative helps cultivate a personal sense of gratitude as well as perspective within fasting participants. Volunteers may experience thirst or hunger while serving but it inevitably passes at dusk. Attached to that blessing is a responsibility towards neighbors deprived of such relief -- to care for them and to curb their hunger without humiliation, degradation or mistreatment. 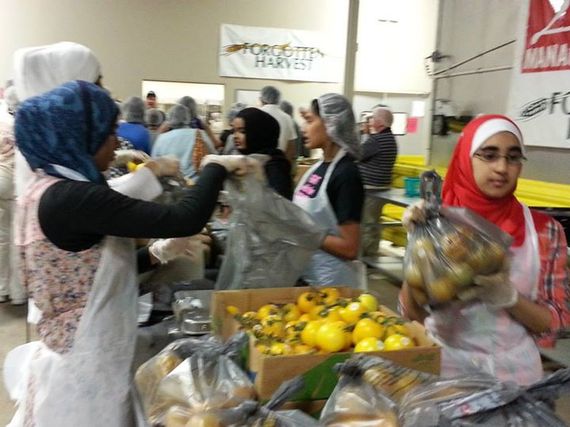 Notably, such good deeds are not limited to Ramadan.

At the South Oakland Shelter, volunteers prepared, served, and cleaned up Christmas meals for guests. In partnership with the Jimmy's Kids Program, volunteers delivered gifts to Detroit families in need. At the Sunrise Senior Center, and through the Western Oakland Meals on Wheels, volunteers provided hot meals to seniors.

Every year, hundreds of Jewish and Muslim volunteers heed the call to create good. While neither faith group celebrate Christmas, both understand the value of kindness, mutual respect and charity in and between communities. 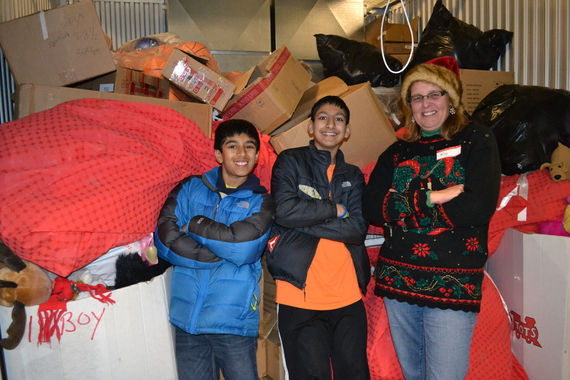 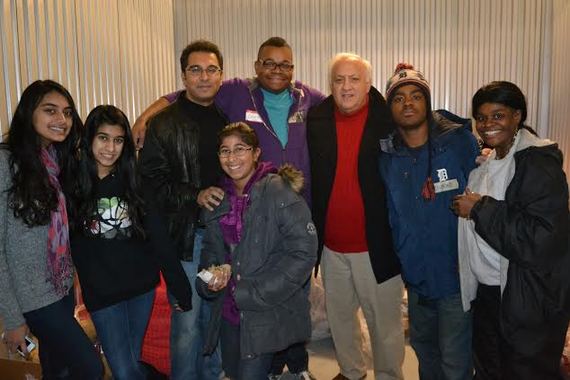 Just this week, the MMCC and Islamic Relief USA (IR) -- the country's largest American Muslim charity -- donated $100,000 to thousands of low-income Detroit residents suffering from water-shutoffs. These include families without running water for drinking, hygiene or sanitation.

"Projects like the Muslim Water Initiative help us practice our faith and it highlights the goodness it can bring," shares Dr. Ahmed.

By way of background, the mass shut-offs came last year as the city attempted to avoid a bankruptcy by collecting on past due water bills. The Detroit Water and Sewerage Department began a swift campaign, disconnecting water service of any household $150 or 6 months behind on their water bills.

"We felt this was outrageous," recalls Dr. Ahmed.

The city's water bills have increased by 119 percent over the past decade and to more than half the national average. Many families struggle to meet those costs. In Detroit, water has simply become unaffordable. Last year, about half of all water customers were behind on payments, owing a combined $90 million. Today, more than 60,000 households are at risk of losing running water.

Notably, the massive scale of the shut-offs has made national headlines and attracted international attention.

The UN officials, invited by local community groups, also voiced alarm about the potential public health crises that the massive shut-offs may cause. City officials have set up a payment plan for residents but many families continue to suffer due to their inability to pay despite their desire to do so.

The human right to water derives from the underlying right to an adequate standard of living, recognized in international human rights law.

"Giving water is the best form of charity according to Islamic tradition," notes Dr. Ahmed. 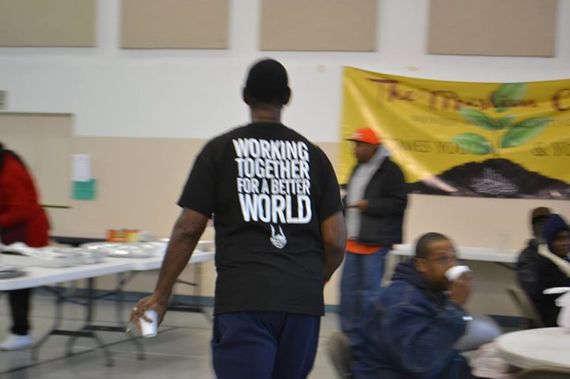 Notably, since 9/11, counter-terrorism has sometimes cast a pall on Muslim charitable giving. From raids to surveillance to federal prosecutions of charities perceived as providing material support to terrorists or terrorist organizations, Muslim philanthropy has suffered.

Still, as the political, legal and economic landscape has evolved, so too has American Muslim giving. Charities and nonprofits have developed best practices . And, American Muslims have become increasingly savvy about safe giving thus fulfilling their religious duties without running afoul of the law or their faith values.

Similar to other faith traditions that obligate almsgiving, Islam requires adherents to pay an annual poor tax, also known as Zakat, to assist poor Muslims. In addition to Zakat, Islamic tradition strongly favors giving charitably to all -- through deeds and words, both publicly and privately.

"Helping people with water is not only the best form of charity, but it's also Zakat elgible," explains Dr. Ahmed.

The MMCC -- IR donation of $100,000 will provide water relief directly to Detroit's poorest families. Other donors include the General Motors Company (GM) and Ford Motor Company (Ford) who have each contributed $50,000. The United Way similarly donated $100,000.

"There is a lot of frustration and pessimism among Muslims, and people of faith in general, due to the horrific things that have been done in the name of God and religion over the past year," states Dr. Ahmed. "But, there are far more wonderful things that can be done and that are being done, inspired by our faith and our love for our fellow neighbors."

While Dr. Ahmed hopes additional donors will step forward to help the people of Detroit, American Muslims will continue to step up and serve in Michigan.