The rich have gotten richer at the expense of the rest of us.

The rise in income inequality of the past few decades has taken money from the pockets of the lower and middle class and added it to the coffers of the rich, according to a new paper from the Economic Policy Institute, a think tank focused on worker issues.

There was income inequality 30 years ago, to be sure. But inequality has widened dramatically since then, not because the top 1 percent have suddenly gotten more talented or lucky, but because of economic policies designed to help the top 1 percent suck up more of the value being created in the economy by higher productivity. Meanwhile, the wages of average workers -- the ones who keep producing more and generating much of that extra wealth -- have stagnated.

"Stagnant growth at the middle is just the flip side of fast growth at the top," Elise Gould, the author of the paper and EPI’s director of health policy research, told The Huffington Post.

Middle-income households would be making $18,000 more per year, on average, if inequality were the same as it was in 1979 and average workers still benefited from productivity as much as they did then, according to the EPI.

The chart below from the EPI compares the average income of the middle class to what it would have been if inequality had stayed at 1979 levels: 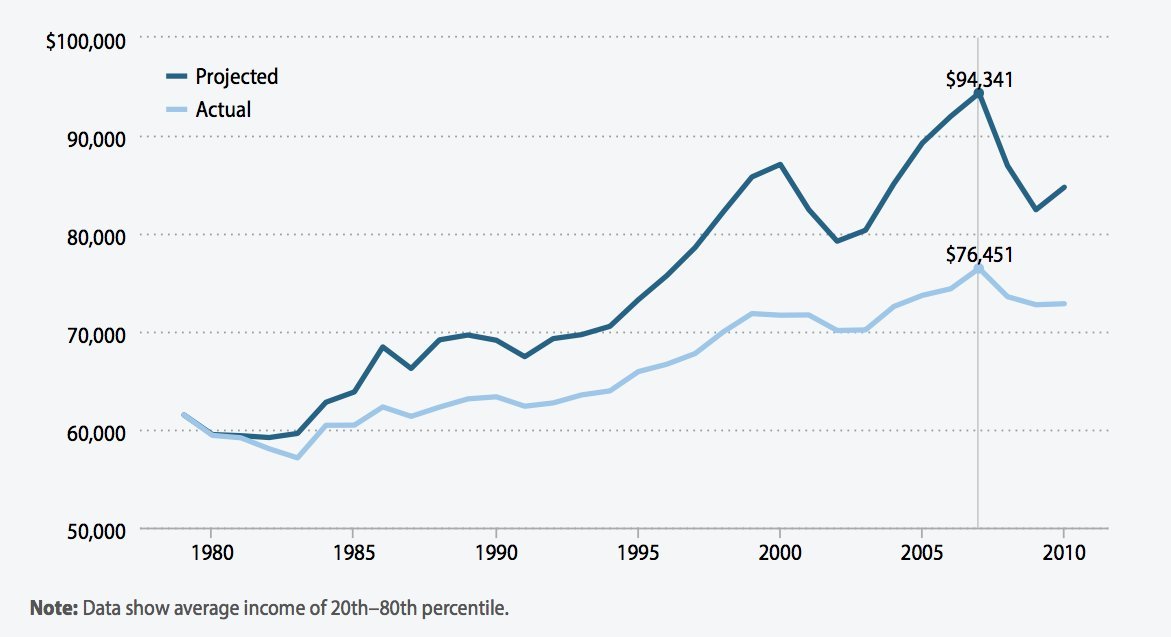 Productivity grew about eight times faster than average worker wages between 1979 and 2013, according to the EPI paper.

In the middle of the twentieth century, productivity and average worker wages grew pretty much in line, Gould noted -- everybody won as productivity rose. But that changed in recent decades, diverting all the benefits of productivity to people at the top. Why? Declining unionization took away workers' bargaining power. Tax policies changed to benefit the rich, particularly corporate executives. Financial deregulation helped bankers milk wealth from the economy. A resistance to raising the minimum wage kept wages at the low end flat.

The result: Corporations, CEOs and the top one percent took home more, while workers' wages stagnated. 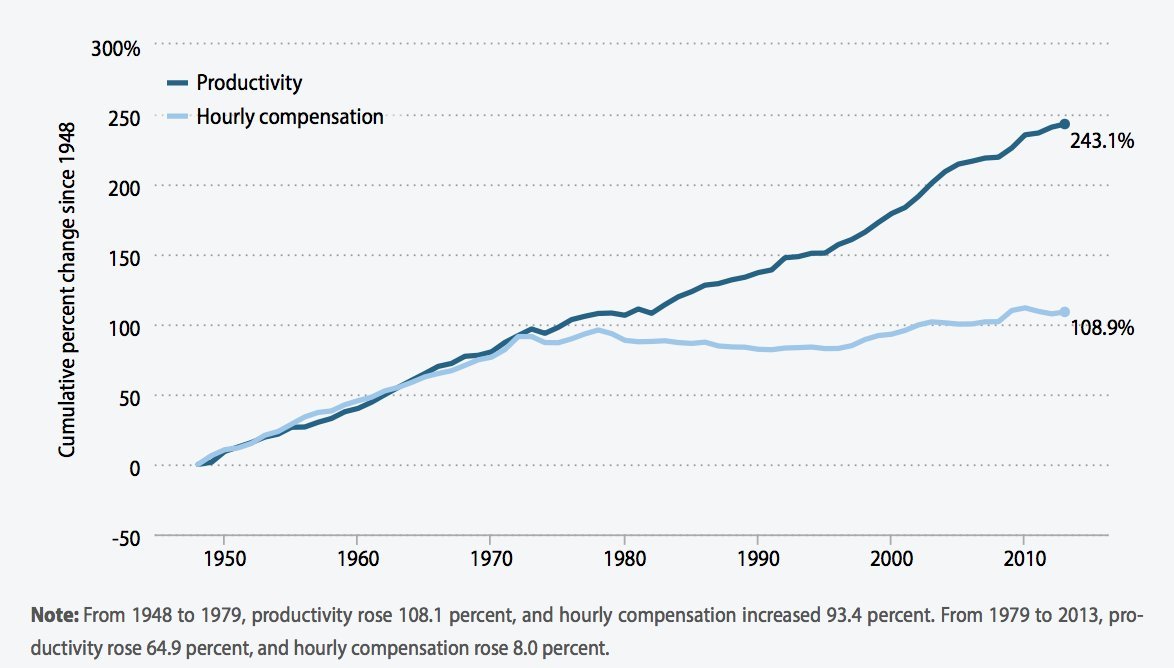