This is the fourth of a five-part, weekly series celebrating Earth Day.

"We've hit the limits of a finite planet!" How many times have I heard this dire warning and felt myself banging against a wall -- ouch! Or, I've read that endless growth is killing our planet, and we have to "just say no" to growth.

Sure, such pronouncements can seem like common sense, but even common-sense metaphors can get us into trouble. The problem is, if we conceive of our challenge as squeezing within the limits of a finite planet, our imaginations stay locked inside an unecological worldview of separateness and lack -- precisely the thinking that got us into this mess. Not good.

It's true, of course, that for all practical purposes our planet and atmosphere are made up of a limited number of atoms. But their configurations are essentially infinite. By conjuring up a fixed and static reality, the "finite-limits frame" draws us away from the deeper reality of our world -- that of interconnection and dynamism offering stunning possibility, if we learn to align with nature's rules. 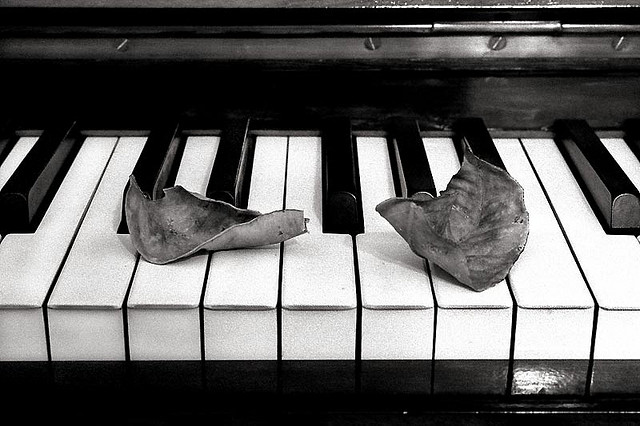 Yes, there are just eighty-eight keys on the piano. But if we instruct ourselves to focus primarily on this limit, we won't get very far in creating beautiful sound. It is the possible variations we play on these eighty-eight keys that are important. And they are virtually endless. Some are gloriously harmonious, others harshly discordant. Such quality is what must command our attention. A limits frame asks us to focus on the number of keys we use, but creating beautiful music requires deep learning of the principles of harmony. It requires both discipline and invention. Only by focusing on harmony can we know whether more or fewer keys are needed.

Making this core shift, of course we uncover real limits on what we can do without disrupting nature's regenerative flows. But our sight remains clear: We make these discoveries as we focus on uncovering and aligning our choices, public and private, with laws of biology and physics.

We can learn, for example, how to cool our homes from a zebra's stripes.

Really. A zebra reduces its surface temperature by more than 17 degrees Fahrenheit with microscopic air currents produced by the different heat absorption rates of its black and white stripes. In similar fashion, in Sendai, Japan, the Daiwa House office building uses alternating dark and light surfaces to create tiny air currents that control the building's exterior temperature. So indoor summer temperatures are lowered enough to save around 20 percent in energy use.

Once we see ourselves living within ever-evolving systems, we move from metaphors such as "hitting the limits" toward those emphasizing the destruction and waste built into the DNA of our economic and political systems themselves. 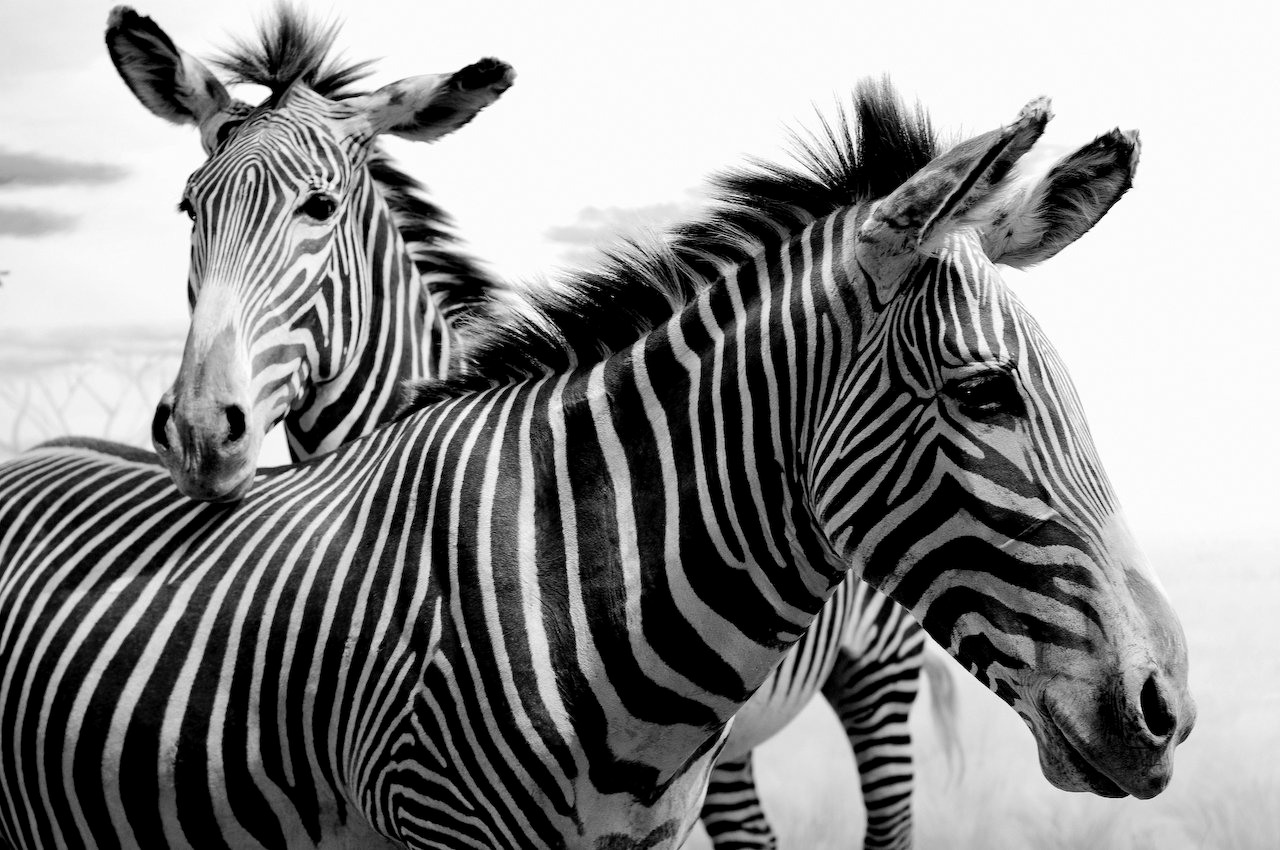 Over 40 percent of food in the U.S. is wasted. Two-thirds of the energy entering power plants is wasted, and so on. A mechanical, quantitative frame doesn't work: We know that reducing quantities alone isn't enough. Humanity could, for example, reduce plastic disposal by half and still be creating an oceanic plastic soup the size of Texas.

A further drawback of the "hitting the limits" frame is that for the most part finitude does not explain much of today's suffering. True, there is a finite amount of forests we can destroy or water we can pollute without killing ourselves and other species, along with finite land area, finite rare minerals, and on and on.

But let's not be confused. Even as 868 million people suffer long-term, extreme undernourishment -- and many more experience food insecurity -- the supply of food is not only sufficient for all but continues to increase: now at about 2,800 calories for each of us each day. Plus, ecological farming could increase production, and it stores more carbon than chemical farming. And energy? We've barely begun to tap renewable sources.

So, today's deprivation in food and energy is not the result of the earth's "limits." The root lies in rules concentrating wealth and power: Income of less than two percent of the world's people is as great as that of the bottom 77 percent.

Finally, naming the problem as "hitting the earth's limits" could communicate that the obstacle is not in our economies, but rather it's out there -- in nature's inability to provide. Understandably, then, some people will respond: "Well, we've gone as far as nature can take us, so we've got to do one better than nature!" Thus, a "nature's limits" message could inadvertently make people vulnerable to claims of promoters of bio-engineering and genetic engineering, who swear that only their tools can overcome nature's limits and save us.

Similarly, "growth," identifying it as our core problem can distract us from seeing that what's killing us is, as noted, the destruction and waste built into the system. Railing against our "addiction to growth" can also blind us from the truth that our economic system isn't designed to grow wealth, even narrowly defined; more centrally, it's built to accumulate wealth in the hands of the already well-placed.

Plus, trying to turn the word "growth" into a negative saddles us with a big challenge: We love seeing our children, gardens, or retirement funds grow! And in a world where at least one-third of us experience the pain of absolute scarcity -- lacking clean water, education, health care and more -- people will likely see opposition to growth as downright frightening.

From "Limits" to Alignment with Nature

Through an ecological lens, however, we can move toward defining the problem as mal-alignment with nature. So we stop calling ours a "growth economy" and start naming it the "waste and destruction" economy. From there, we can get focused on remaking the ground rules of our economies to align with nature's generative power.

We can tap the commonly understood truth that it's a whole lot easier to swim (or float!) with the current than fight against it. This is alignment. Moving with nature's flow of energy is suggested in metaphors like "cradle to cradle" and "zero-waste" and "biomimicry" in design, for example. Nature is no longer a threat, nor a too-skimpy source of stuff. Nature is a wondrous teacher. To name but one tiny example: the humble spinach plant is such an efficient converter of sunlight to energy that, by combining its unique photosynthetic capacity with silicon, we can greatly multiply the power of current photovoltaics.

As users of material in our daily lives, our attention expands to questions such as: What is the item made of, where is it produced, and under what conditions? Speaking personally, applying such judgments to daily choices, I don't feel that I'm "limiting" myself to serve a moral imperative, but I'm enlarging my world and experiencing more meaning -- maybe experiencing less need for connection through "common purchases" and enjoying more connection through "common purposes." Seeing ripples, I feel more powerful.

All this is what stirred me in 1971 to write Diet for a Small Planet. It was alignment: the joy of realizing that eating what is best for my body is also best for the earth and best for all of us.

In working to reframe of our metaphors, which can reshuffle how we think and act, I'm motivated by findings of neuroscience. Fear easily trumps other emotions in our brains, we learn. Psychologists also tell us that fear often makes humans more self-interested, blaming, materialistic, and stuck. Thus it's worth our care and effort to replace incoming fear stimuli with images of possibility.

"Minding our metaphors"--the emotions and images they conjure up--we can communicate the power, the pleasure, and the monumental consequences of aligning with nature.