There is a new medication in early clinical trials that will likely revolutionize our ability to pay attention. Interested in learning more? Yes, we all are. The paradox here is that right now, because of this interest, you're paying attention. We naturally pay attention when we are interested.

Given what we now know about the science behind how our brains learn best, what if we could tap into our natural interest to train ourselves to pay attention? Do I still have your attention?

Over 100 years ago, Edward Thorndyke described a neural process now known as reward-based learning. Many of us learned it as positive and negative reinforcement in school. Not new news. So why should you care? It turns out that its roots are much deeper than this. In fact, this process can be traced back to the early Buddhist psychological literature that is the same foundation for the current "mindfulness revolution," where prominent news reporters like Dan Harris are teaching meditation on the Colbert Report.

You might be thinking, yeah, I tried meditating, and it didn't work, or it was too hard. To be honest, when I went on my first meditation retreat, I found the exact same thing. I had recently graduated from Princeton and I was doing well in medical school. I knew how to focus and get things done. Yet, just a day or so into the weeklong silent retreat, I found myself crying uncontrollably on the shoulder of the retreat manager because I really couldn't do it. For the life of me, I couldn't stay concentrated for more than a few minutes at a time.

Ten years later, when I was studying the science behind mindfulness, I stumbled upon the early psychological writings that showed me how I was doing it wrong, and ironically, how our natural reward-based learning process could be tapped into to learn how to pay attention in a way that doesn't leave us drained and defeated within 10 minutes. [1]

Here's how it works. There are two ways we can pay attention: force ourselves to concentrate, or be interested. The first way is what I did when I was first learning mindfulness. The instruction was to pay attention to my breath, and when my mind wandered, to bring it back. It seemed simple, but my mind was definitely not interested. It was the most boring thing on earth. So I would just clamp down and force it, because that's all I knew. Which of course left me exhausted and frustrated within a couple of minutes. Clearly, not a good solution.

What about the second option of being interested? How hard is this? If you remember back to the first sentence of this blog, you can see for yourself how we are naturally drawn in, effortlessly, when we are interested in something.

Here's an example: when you start reading a good book, what happens? You pay attention. If it is really good, you find yourself completely lost in it, reading until way past your bedtime. You might be so absorbed that you can read it on the subway, unfazed and unperturbed by noise or commotion around you. I'm sure you've seen this happen many times. We all have this capacity.

This is where the reward-based learning comes in. There are three basic components: trigger, behavior and reward. From an evolutionary standpoint, this is how we survive. We see a fruit or berry that looks tasty, take a bite, and if it is edible, we are rewarded (i.e. it tastes good). We learn to eat more of the same. If we bite in and it is bitter, we spit it out immediately. This negative reward teaches us to not eat these. And to cement these memories in our minds, each time we learn something, our brains spritz a little bit of dopamine into a neural reward pathway (the same neurotransmitter that is affected by ADHD medications such as Ritalin and other stimulants, as well as cocaine). Think of this as a bit of glue to keep that association between berry and "yes this is edible" or "don't eat that again" in place. It even helps us remember where the berries are so we can go back for more.

What about curiosity? When something triggers our curiosity, we naturally get drawn in. And curiosity also feels good -- so curious attention has a natural reward. Contrast this to forcing yourself to concentrate on something.

So, if we can practice tapping into our natural capacity to pay attention in a curious way, we can put our reward-based learning to good use. This is what mindfulness practice is all about: dropping our preconceived notions or judgments of how something "always" is, and being curious about what is actually happening right now.

From a mechanistic standpoint, what remains to be discovered is the distinction between dopamine-based reward pathways and those that involve mindfulness. Experientially, these are quite distinct. There is a restless, agitated quality to the experience that comes with dopamine. I see this in my patients who are addicted to cocaine or other stimulants. And we all see this when we are excitedly reading a book and want to know the end of the story (heart pounding and everything). With curiosity, there is no leaning in, no skipping pages because we can't wait to see how the story ends.

It is an open, relaxed, yet joyful state. We aren't rushing to get anywhere, because when curiosity is strong, "we" aren't even in the picture. There is just curious attention when we are completely out of our own way (see this TEDx talk for more). [2-6] In fact, when we have individuals get into our brain scanner and just be curious, one of the "me" centers of the brain (posterior cingulate cortex) gets really quiet (see Figure). Importantly, this doesn't appear to involve traditional dopamine pathways. 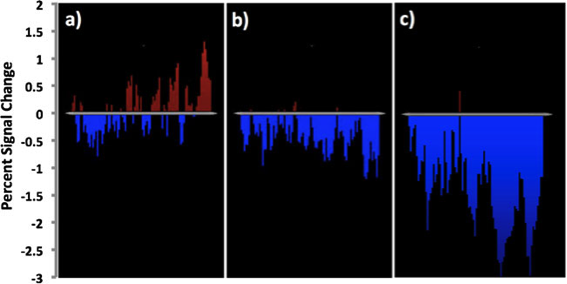 From a clinical standpoint, though results are preliminary, mindfulness training appears to be helpful even for people with ADHD (for a synopsis, see this recent New York Times blog by Daniel Goleman). [7-9] The next step is to figure out how this is happening in the brain.

But in the meantime, simply being able to differentiate between excitement and curiosity can be really helpful. Excitement is dependent on external circumstances (i.e., we need to be riding a roller coaster), comes in short bursts, and leaves us restlessly wanting more. Curiosity is an inherent natural capacity that builds on itself and is it in itself is naturally rewarding.

So the next time you're out there trying to concentrate on finishing that pesky project, or even pushing to stay focused on a story a friend is telling you, see if you can drop in to your own natural reward-based learning processes: notice the trigger, get curious (behavior), and reward yourself (notice the joy of curiosity etc.).

As Dorothy Parker put it, "The cure for boredom is curiosity. There is no cure for curiosity."