"All rise," said the bailiff.

As the well-respected, well-spoken judge came in, the court room became silent.
You could hear a pin drop in the enormous and intimidating room. Court security officers lined the walls. Adrenalin pumped through my veins and I felt more scared than the first time I found out I would be going to court with my parents to try to get the right for my mom, Susan, to legally be my mother.

Several weeks earlier, my parents called me out of my room. "Hey, Hud, come here we have to ask you something!" said my mom Kathy, my other mother.

Paranoid, I went through my mind trying to figure out what they knew that could get me grounded. But I wasn't going to get grounded. Susan chimed in asking me, "Would you like me to legally adopt you?"

"Hell yes," I replied. Then they asked if I would mind my name being printed in all of newspapers around the world, as well as other publicity. History was in the making. Of course, I said yes. 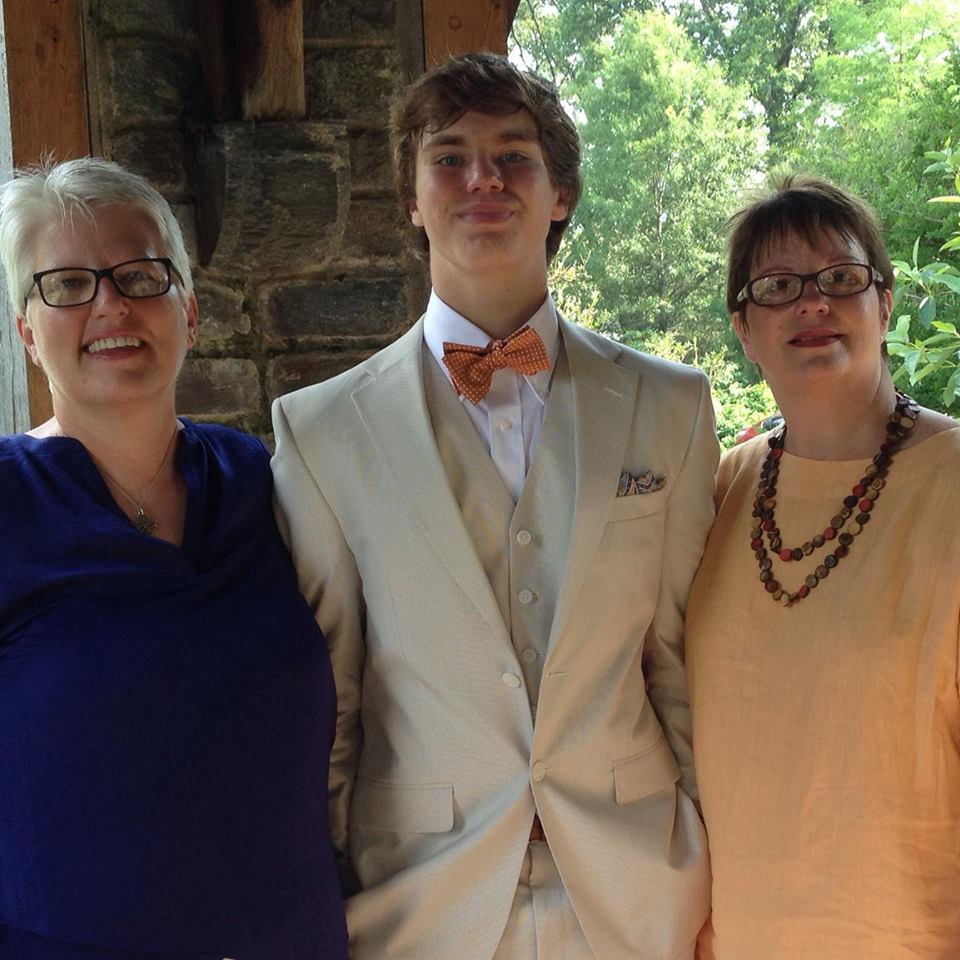 A crowd of people including my family, another family like mine and a different family trying to become foster parents gathered in the courtroom. When the judge called the court to order, the boring part began. Once the arguments had begun, our prestigious and almost rock star-like lawyer, Roberta Kaplan, had to stop multiple times to slow down and repeat what she said in her fast, New York accent so the court reporter could catch up. Ms. Kaplan's job was to explain our case to the judge, tell him all of the many reasons why this law should be declared unconstitutional and describe the damage it has caused to the many gay couples all across Mississippi.

Then the Governor's lawyers got up to tell their pointless points about why the law should be enforced. I felt hostile and angry towards them. As an athlete, I saw them as our competition. The obviously unprepared lawyers said that the Department of Human Services did home studies but did not decide if couples could adopt and that my family and the other family like ours should not even be here because we did not file for an adoption, when in fact it is illegal to even do that.

Then the fun part began. The entire court room got to hear three witnesses, Donna Phillips, my mom (Susan Hrostowski) and Dr. Powell (a professor from Indiana University). Mrs. Phillips took the stand answering questions from our other lawyer, Josh Kaye, another prestigious attorney who works with Ms. Kaplan. Mrs. Phillips' saddening testimony hit exactly the points Josh wanted. Then he asked, "How is your and your parents' relationship?"

Mrs. Phillips replied saying, "They have tried to take custody of our daughter and we haven't spoken since we filed this lawsuit." Then she began to cry.

Fear is all that crossed my mind next. Susan was up. She talked about how great of a kid I am and how the law has affected us financially as well as emotionally. She said that I would be going to college soon and that since the University of Southern Mississippi did not recognize her as my legal parent I could not get half off like other employees whose children go to USM (My mom works there). She also said that she loves me more than anyone could ever love me and that she has always been there for me. She did this perfectly, just how she practiced many times before. She is actually my mom. Not legally, but emotionally.

Then the professor came up to the stand said that he has written multiple research papers on children living with two parents of the same sex and his studies had shown that kids like this end up equally or even better off than children with heterosexual parents.

By this time I thought we had sealed our victory. All three of these witnesses testified perfectly. All that was left was the rebuttal and a few legal procedures, but I was not thinking of them. I zoned out thinking about how I admire both of my parents. They have always stood up for things they have believed in even when people did not support them. My parents took a huge step not only for themselves, but also for many other gay couples all around the world. They made history and I couldn't be more proud of them.