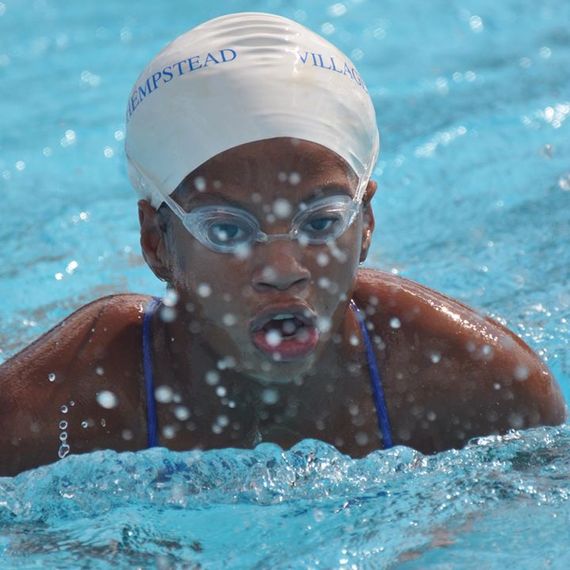 My notebooks and I are inseparable. Look inside and you will find stories from a girl with a heart and a mind of her own. When I write, I create a world where I have complete control and can escape the confines and pressures of everyday life. My story ideas are so fluid that they can come at any time, so I always keep a notebook or my laptop with me to record them.

I have been writing creatively since the third grade when my teacher gave the class an assignment to write a short poem. My poem was called "Spring Time" and it was the first time I really discovered that writing my thoughts or feelings was beneficial to me. It became my way to relax and to escape. I write everyday for a little while and find myself more relaxed and better able to focus. In the fifth grade, my teacher "forced" us to keep a journal, but the requirement was not a problem for me since I was always writing. I wrote to entertain myself. I also wrote to rebel whenever I got fed up with having to become what society and the world around me expected me to be.

My stories have grown into books that I hope to publish. A major character emerged in my stories. Kasumi, she was the result of an innocent idea to break free from the restraints of the world around me. She says the things that I will not say aloud. In her world, she easily faces and overcomes all difficulties. Kasumi is opinionated, fearless and brave. She challenges the idea that women should be seen and not heard. She breaks boundaries by fighting with guys who attempt to limit her progression. She also has a career and a family, which she holds together emotionally and physically, just as my grandmother has done.

My grandmother lives by a simple rule: if you don't like something, open your mouth and say something about it. She does not limit her expression because of society's expectations. She provides a model for me and helps to define who I am as a young woman. In this way, my grandmother is reflected in Kasumi.

In ninth grade, my modes of expression expanded to acting which complemented my writing. Through acting, I have learned how to communicate physically, verbally and emotionally. When I act, I am able to fall into the roles and rules of the culture of the time. The characters in my stories are similar to those whose lives I assume onstage. Each one is a representation of me. I started acting with the role of Mrs. Fezziwig in A Christmas Carol as a freshman. Two years later, I received my biggest part yet as a narrator in our production of Romeo and Juliet.

Through acting and writing I have developed characters that resemble the strong and outgoing women in my family. I have come to realize that writing and acting have helped me to become more independent and self assured. Acting has increased my ability to work through the problems of everyday life.

Onstage, the characters' feelings and problems become mine. Their voices are mine to convey to the people around me. The freedom of being onstage has enhanced my writing, giving me greater authority in creating scenes that are more realistic. My stories in my notebooks are versions of the world around me that are enlarged by my imagination. I can break the binds of reality by becoming a character on stage or entering a world I create in my notebook. The authority I feel while portraying a character onstage enhances my passion for excitement and adventure created in the universe of my notebooks.

Romea Noel is a graduate of St John's Preparatory School and is currently a freshman at SUNY Potsdam.