I am pretty sure that each person has his or her own idea about rules.

I know there are some that believe rules must be adhered to, or some catastrophe will follow; either to themselves or others.

I know there are people who may believe that rules are for other people, but not for them.

There are some who look at rules as a smorgasbord, where they can pick and choose the ones they will follow, while ignoring the others they may not find convenient.

For me, my relationship with rules generally fit in the third category, where I pick and choose which ones to follow. I know I have arrogantly said that rules are for other people at times. I also have led others into breaking various rules while telling them it is better to ask for forgiveness than permission.

However there is one rule that we all know, and appears to have been handed down from all cultures and religions throughout our human history. Commonly called the Golden Rule, it is stated in many ways, but most simply:

Do to others what you want them to do to you.

I must admit, that the words of this are indelibly painted in my brain ever since I could remember but I found it difficult to both understand the meaning of it, and use it commonly in my own life, as I saw so few role models living by it.

Growing up, and as you already now about me, hiding so much of what was within me, I learned to live a pretty perverted version of this rule as:

Do unto others before they do it to you.

Growing up in Brooklyn, I jokingly called this the New York version of the Golden Rule (my apologies to all of New York right now).

And, once again I used to have a boss, whose version of the Golden Rule was:

He who has the gold, rules.

I have been so pleasantly and unexpectedly surprised how much of the way I see the world changed once I transitioned and decided to live my true life. I learned that once I chose to live my truth and at long last to accept myself, I would absolutely have to learn to accept others for being themselves also. In other words, I learned that once I did unto me (acceptance) I must also do unto others (acceptance) as well.

I did not need to hide nor did I need to have anyone else hide.

I did not need to do unto others before they did unto me.

I found that all my gold -- all my treasures were inside me, and were available to me. 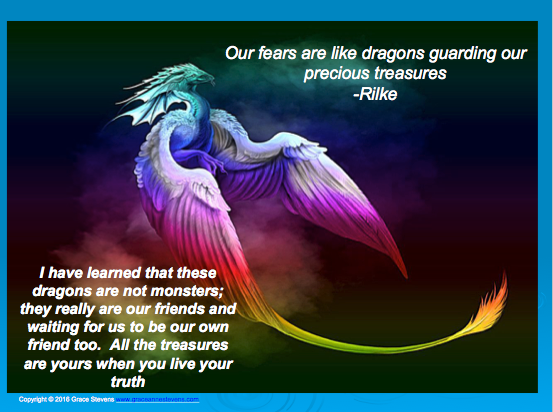 My own fears of what was within me caused me problems in each relationship I ever had.

But now I worry why so many people are living in fear and act out in hatred for "others" who are different than them. I wonder what is the catastrophe they are in fear of to let people live their own true lives; even if is different than theirs.

When I was young, somehow I knew implicitly that I had to hide my "differences" for fear of losing those who I loved.

Today, in a country based on the Rule of Laws, there are laws being written that are explicitly stating that being different is wrong, even illegal.

Did I understand this incorrectly or when did this all change?

I wonder how they feel about rules and the golden rule itself. I wonder what their own internal relationships are and what they fear. It took me so long to face my own fears before I had something to give and could live the real golden rule.

Here is a quote from my book on this point:

I have learned that Truth is not competitive.
Our acceptance of others for whom they are can create a better and stronger attachment and belonging than ever existed before.
Accepting our own truth builds the nursery where love can grow.
It is only when we have a loving relationship with ourselves, we can then have enough love to share and give to others. After all, we cannot give away what we don't have.

Maybe some people will get this or maybe not. I hope that some do and so much can change for the better.

There are some other "rules" also, and for those who may not get it, there is always the rule of karma. Personally I'd rather not wait.

25 And one day an authority on the law stood up to put Jesus to the test. "Teacher," he asked, "what must I do to receive eternal life?"

26 What is written in the Law?" Jesus replied. "How do you understand it?"

28 "You have answered correctly," Jesus replied. "Do that, and you will live."

Grace Stevens transitioned at the age of 64 and holds a Masters Degree in Counseling Psychology. She is the author of No! Maybe? Yes! Living My Truth, an intimate memoir of her journey to live authentically. Grace is available for speaking with Live Your Truth: Discover Paths to Improved Performance. Visit her website at: http://www.graceannestevens.com/. Follow Grace on Twitter: www.twitter.com/graceonboard .