No matter how many people in the transgender community I meet, and listen to, as they explain how they have and do experience dysphoria in their lives, I continue to be struck both by each person's unique experience, and the common challenges almost all of us have faced.

For the record, back in 2010, I looked forward to receiving a diagnosis of GID - Gender Identity Disorder. That was the diagnosis in DSM-IV-TR, but I knew I was not "disordered," I knew exactly who I was, but alas, was still struggling on what I would do about it.

When DSM-5 was released, a new "label" was created to replace the old one, to at the very least the way I interpret it, that those of us who are transgender or non-binary, are not disordered. The new diagnosis is Gender Dysphoria.

DSM-5 states that the initial condition for the identification of gender dysphoria in both adults and teenagers is a noticeable incongruence between the gender the patient believes they are, and what society perceives them to be. This disparity should be ongoing for at least 6 months and should consist of 2 or more of the subsequent criteria (American Psychiatric Association, 2013):
• Noticeable incongruence between the gender that the patient sees themselves are, and what their classified gender assignment
• An intense need to do away with his or her primary or secondary sex features (or, in the case of young teenagers, to avert the maturity of the likely secondary features)
• An intense desire to have the primary or secondary sex features of the other gender
• A deep desire to transform into another gender
• A profound need for society to treat them as another gender
• A powerful assurance of having the characteristic feelings and responses of the other gender
• The second necessity is that the condition should be connected with clinically important distress, or affects the individual significantly socially, at work, and in other import areas of life.

It is not easy for a therapist, let alone anyone who has not experienced dysphoria, to find the right box to file away all the possible ways someone might experience one or more of the symptoms described above. I often explain that there is no one single or correct way to be transgender. This is hard to understand both in and out of the trans community.

For many of us, who have been on this journey, I think it is fair to say that somewhere deep inside of us there is a "knowing" of just who we really are. A "knowing" of our truth as it refers to our sense of self, regarding our gender. This may take many forms and be unique to each of us, but in most cultures and families, we may not have the words to express it, or have learned that we could only express it at great personal risk. Gender and the binary model of gender has been promulgated as the sole way of being for many societies for.... perhaps, forever!

One might never dare to cross the gender line, whether imaginary or real, due to fears of being at the least abandoned, exiled and isolated, and even worse to be beat up, physically/sexually abused or killed.

However, as I hear story after story, week after week, year after year, gender dysphoria appears to provide each person the impetus to dare in one way or another to express their truth whether in private or in public.

For some, it may be the secret piece of underwear of the other gender, that may be tried on in private. There is usually a good hiding place for this as the fear of its discovery is a constant presence.

Once this is dared to do, some may actually wear this under their day-to-day clothing, where no body might know. I remember the days when this was part of my own journey, and I still hear many stories of people doing this.

I know many men who will their hair grow out, under the guise of a mid-life crisis, and the ear piercing also comprise the increasing "dares" that one's truth seems to empower and control.

For many in relationships, the variety of stories explains these events can vary with a variety of tolerance, acceptance or anger.

I know many in relationships, where their partners will draw "a line in the sand." Many trans people will agree to the line and then will often dare to cross it over and over again. Trans people will of so often agree to every inch, every foot, every mile to express their truth, and yet, for so many the tolerance of each step may not be enough.

Each "line in the sand" is often blown away by the "winds in the desert." 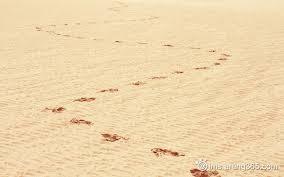 Yet, another line will almost always be drawn, as the Dysphoria takes on a life of its own. Perhaps the symptom that is not described in the official diagnosis is that if Dysphoria is present, one's truth will no matter how knowledgeable about the risks mentioned above, dare to push the line, the risks.

For those of us who have or have had gender dysphoria we have spent our years playing the internal game of Truth or Dare. Some win, some lose, and some never stop playing. There is no one way or right way to play this game, or live one's truth.

Just for the record, this is true for any type of dysphoria too.

She is the author of No! Maybe? Yes! Living My Truth, and Musings on Living Authentically. Grace is available for speaking to all groups who would like to learn the values of, and how to live authentically. Workshop descriptions can be found at her website.

Grace has been selected as an Amtrak Residency writer for 2016, and will be traveling around the USA in the spring of 2017 while sharing her experiences on the rails