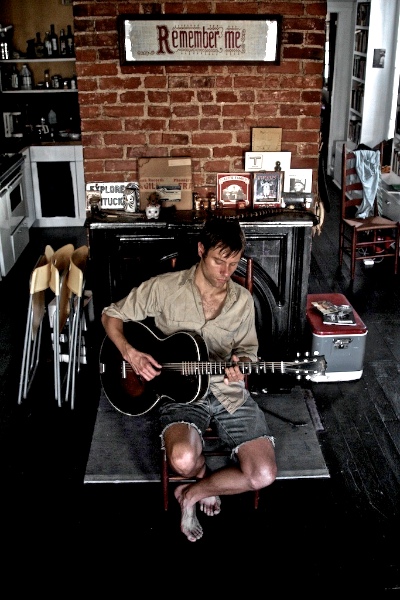 There's a warm welcome in the sound of acoustic guitars. Resonant, woody and mellow like a fire in the grate after an autumn walk in the country, colored by the inflections of fingers and picks, strings and slides. So close to the timbre and range of the voice that in the best solo guitar music you pick up the echo of stories told, but not heard. Nathan Salsburg has two new recordings of guitar music that tell colorful stories. His solo recording, Affirmed, is out on Nov. 15 on No Quarter, and Tompkins Square has recently released Avos, a duet recording with British guitarist James Elkington.

Affirmed strides along in a confident cakewalk, with filagreed finger-picked lines that find their way to the riverboat and barn dance until a minor-key change haunts the melody with a whisper of melancholy. For me, the courtly swagger shaded with nostalgia is inextricably Southern and I find traces of traditional melodies and hymns in these songs. And they are songs, not technical exercises or virtuoso display. You can admire the inventiveness and precision of Bach's Cello Suites or Goldberg Variations and miss the music. I hear the songs in these recordings and the music in the playing.

Nathan is also an archivist, writer and music producer. From his home in Louisville, Nathan works with the Alan Lomax archive, cataloguing and releasing the recordings Lomax made on his peripatetic wanderings (I've been fortunate to work with Nathan presenting some of these projects online -- note especially the new Lomax label, Global Jukebox and the just-released "Mississippi" Fred McDowell recordings.), and on his own Twos & Fews imprint for Chicago's Drag City label. He also programs an online radio show for East Village radio called Root Hog or Die. While not specifically referencing traditional music or songs, Nathan's playing recalls for me something rural, handmade and old in the progressions and melodies even as the playing is clear and elegant. I hear storytelling in the progressions, and stay engaged with his songs' comings and goings as if the pages turned.

"I've done virtually no fussing trying to learn vintage recordings," Nathan told me, "though I probably should. Gary Davis is a favorite, as is the slim guitar output of multi-instrumentalist Hobart Smith. Of course I love Blind Blake, Charley Jordan, Barbecue Bob, etc., but I've never really had a hunger for playing strictly ragtime or country blues guitar, per se. English, Scottish and Irish guitarists have had a more direct influence -- Bert Jansch, Dick Gaughan, Archie Fisher, Paul Brady, and Nic Jones -- and Peter Lang is maybe my favorite contemporary American guitarist. At least his The Thing at the Nursery Room Window -- that record was a huge, huge revelation to me. I figure all those influences are at work, if not very consciously.

But why solo guitar?

I've never been a super comfortable singer and, though I used to write songs with lyrics, somewhere along the way I began to feel much more at ease with solo guitar. But I never wanted to stop writing songs -- you know, songs, instead of tunes or whatever, with melodic variation and narrative arcs. Solo composition/performance/recording -- at least for me -- requires a pretty sustained confidence, which is why it took so long to get Affirmed finished. But there's a ton of satisfaction in an autonomous creation, even if the stakes feel much higher and the position much more vulnerable than that of being an accompanist or a compiler.

Several of the tracks have titles that refer to great horses of the past, reflective, one supposes, of being near Kentucky's famed horse country. "The horse connections just kinda happened," he replies. "I wrote this short, fast tune and called it 'Bold Ruler's Joys,' after the great Bold Ruler, who was a champion sprinter over short distances. It wasn't until Eight Belles broke down and was euthanized after the 2008 Derby that I wrote something specifically 'about' a horse. She became a strange muse to me." 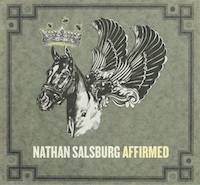 One song on Affirmed is a vocal duet with Nathan's friend Julia Purcell, with accordion parts by Matt Schrieiber. It's a heartbreakingly beautiful melody full of regret. "I learned 'The False True Love' from a Shirley Collins record," Nathan says. "I love Shirley's music like mad, and that's always been a favorite. It's a traditional song, but I wrote her anyway and asked for her blessing to do it, since I based my arrangement on hers. She was incredibly encouraging, and, after hearing it, told me I did it justice, which meant the world to me."

Nathan's duet recordings with James Elkington on Avos also reach across the Atlantic, and result in a conversation between the British traditions Nathan refers to above and purely American motifs. Elkington is a Chicago resident now and they met through Elkington's wife, a longtime friend. After Nathan gave Elkington some music that included a few recordings of his own, Elkington suggested a collaboration via emailed mp3s. (Nathan is somewhat reticent in owning up to his level of playing; Elkington noted that it took a while to realize how accomplished he truly is. I now recall with somewhat red face inviting Nathan down to my local bluegrass jam because he had allowed as how he played some guitar.) 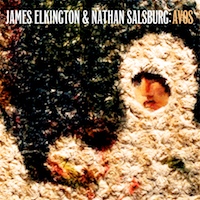 As he generally works on solo instrumentals, I asked Nathan if it was hard to reconcile his parts with Elkington's. "There was absolutely no problem reconciling our playing whatsoever," he replied. "We were both shocked by how easy it was -- especially me, as I rarely play with other guitarists. But Jim's in about a billion bands in Chicago: Eleventh Dream Day to The Horse's Ha to Jon Langford's Skull Orchard, so he's a pro at reconciliation. We e-mailed tunes back and forth, practiced for maybe two full days, and then recorded the record together over two more days."

There will inevitable comparisons to John Fahey or John Renbourn and Stefan Grossman's duets. There is an intriguing interplay between the two players, a clear statement of the melody and progression and what I take to be Nathan's articulation of the interior of the chords. Listen to tracks from Affirmed and Avos at Lit and warm yourself by the glowing acoustic guitars.

For me, Autumn's the time for memory and reflection, feeling the passing of time. I'm going to be reaching for for Nathan's recordings frequently. And for a bottle of 2008 Bordeaux. Bordeaux is memory wine. Its thick-skinned grape varities record time in the vintages, and like our own years, some are memorable for the heights they reach and some for the depths they plumb. The 2008s are unassuming, living in the shadow of 2005 and 2009. Bright fruit, ready to drink. I'll have some recommendations for great values in '08 Bordeaux at Lit soon.