Everyone hates rom-coms these days ― they’re devastatingly out of fashion. At least, until Christmas.

Apparently the rom-com is the official movie genre of the holidays, a time of year which, I’ve always thought, was about spending less time with your new boyfriend because you don’t want him to meet your parents, or your childhood bedroom in Missouri, just yet. It’s also the perfect time of year to gather ‘round the old family flatscreen and watch a holiday film together, and though I love watching people fall in love in my free time, I prefer to avoid watching avid makeout sessions while I’m sitting next to my two brothers.

Yet every year, we read lists of perfect Christmas movies that begin with “Love Actually” and end with “The Holiday,” read odes to these films and takedowns that in their very (deserved) viciousness imply that the movies hold an important place in the holiday canon. (For the true rom-com haters, “Die Hard” has been called the best Christmas movie, an argument I won’t even dignify with a response.)

How can I say this? Well, I do have more than just a gut feeling (though I have that too). The perfect Christmas movie, in my view, has to fulfill a few pretty basic criteria: It has to be about Christmas. It has to be well-suited to watch with the family. It has to be fun to watch again and again ― enough to become a staple of your holiday. And, perhaps most importantly, it has to capture the values and realities of the holiday.

“Christmas Vacation,” on the other hand, could not be more pointedly about the highs and lows of the holiday season. Clark Griswold (Chevy Chase) spends the movie in a crazed quest to recreate the idyllic family Christmases he remembers from his childhood, hosting extended family in a too-small house and cramming enormous trees into a too-small living room. All the conflict of the plot arises from the ideal Christmas he holds in his imagination, and how many obstacles reality ― and his family ― present to making it happen.

Reasonable people can disagree about whether the movie, which at one point features Griswold fantasizing about a fully naked lingerie saleswoman diving into an as-yet uninstalled backyard pool, is appropriate to watch with the whole family. Aside from a few gratuitously adult scenes, though, “Christmas Vacation” works for most ages and most company. My parents got around this, unwittingly, by taping the movie from TV when we were little and showing us the tape each year. When my dad later recommended it to my aunt as “great to watch with the kids,” she wasn’t exactly thrilled at the obscene monologues and nudity she ended up inadvertently showing my young cousins.

But hey, the overall themes are universally appealing, most of the humor was equally funny to me at 28 as it was at 8, and if you know when to hit fast-forward or manage to DVR a family-safe airing, you’re golden. It’s not as child-safe as, say, “Home Alone,” but as an adult who would be fine with never watching “Home Alone” again, that doesn’t seem like an unmitigated good.

Rewatchability, of course, has to be a factor in deeming one movie the best Christmas movie. The best holiday flick brings the whole clan together around the flickering screen to laugh, cry, or nod grimly at explosions ― whatever it is that the whole family likes to do together during movies. When I was young, my family had a whole roster of movies we worked through in December: “A Christmas Story,” “It’s a Wonderful Life,” once even “White Christmas.” Over the years, they began to fall away. “It’s a Wonderful Life,” with its maudlin optimism, went first. “A Christmas Story,” told from a young boy’s perspective, went next. But I never get tired of “Christmas Vacation” ― the endlessly quotable little jokes that are just as funny when you’re mouthing along, the relatably snide teenagers and earnest parents, Julia-Louis Dreyfuss as a well-groomed and snobbish neighbor shrieking, “Why is the carpet all wet, Todd?”

“Christmas Vacation” isn’t a man holding up a sign for his best friend’s new wife that says “To me, you are perfect” while her husband sits unaware in the other room, á la “Love Actually”; it’s Rusty (Johnny Galecki) telling his dad that the tree he’s picked for the family won’t fit in their yard, and Clark responding, with a wild gleam in his eye, “It’s not going in our yard, Russ. It’s going in our living room.”

This screwball tone doesn’t just allow me to stomach repeated viewings of “Christmas Vacation” without developing a schmaltz-induced ulcer. In a very real way, it’s a more honest and meaningful portrayal of what the holidays are and should be. It’s a time to be with family, to celebrate those deeper bonds ― excluding toxic and abusive family situations ― and to make that time special for each other. In “Love Actually,” most characters barely seem to be paying attention to their actual families, and if they are, they’re treated like chumps (poor Emma Thompson, too maternal and caring to be loved by her husband). Colin Firth’s character flies all the way home from a French retreat to see his family, who seem excited by his arrival, only to turn around in their faces to spend the holiday chasing down a woman he thinks looks hot in underwear. But hey, he really worked for it: He spent upwards of a couple weeks learning Portuguese. “Love Actually” love feels and looks good at the moment, but not much love is shown that represents what it takes to sustain a family.

“Christmas Vacation” ― that’s what being a family is about: trying like hell to make memories for your kids even when they’re being snots, having your in-laws stay over even though they constantly make passive-aggressive comments, and missing calls from your boyfriend Alexander because your grandpa picked up and told him you were going to the bathroom. You might continue to be irritated by people in your family ― you might even dislike them ― but you spend time with them because, well, they’re family. There’s a deeper love that comes with that, one that can’t be tossed aside just because your cousin-by-marriage emptied his RV’s chemical toilet into your rain sewer.

Sure, casualties happen. Margo and Todd, the loathsome yuppies next door, suffer truly unforgivable amounts of property damage and even bodily injury thanks to Clark’s reckless devotion to Christmas cheer. A twinkle light per square inch of roof, a 10-foot-tall tree ― these merry decorations aren’t safe to live next to, it turns out.

Clark demonstrates truly unforgivable idiocy by using an expected holiday bonus to put a down payment on an in-ground pool, inspiring his cousin-in-law to kidnap his boss after the bonus doesn’t arrive. His insistence on having a big, traditional family Christmas smacks a bit of selfishness, as he plows ahead despite his family’s foot-dragging and a host of disasters that render the holiday miserable.

But this movie still tops the list. The holidays never measure up to our expectations. Our sister is rude, our brother is annoying, our dad is embarrassing, and the Christmas tree catches on fire and torches the whole living room... or something. That’s OK, though. We stick with each other, and we find a way to laugh and love each other through it. That’s what the holidays are really about. 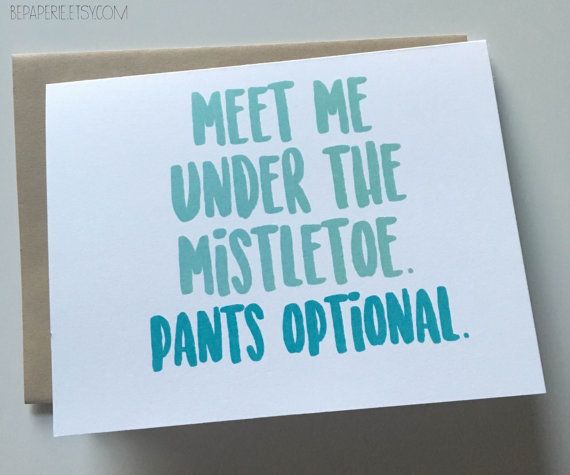