When there comes a blizzard, New Jersey will milk the lizard.

Just as an aside, New Jersey wasn't even hit that hard by the storm, 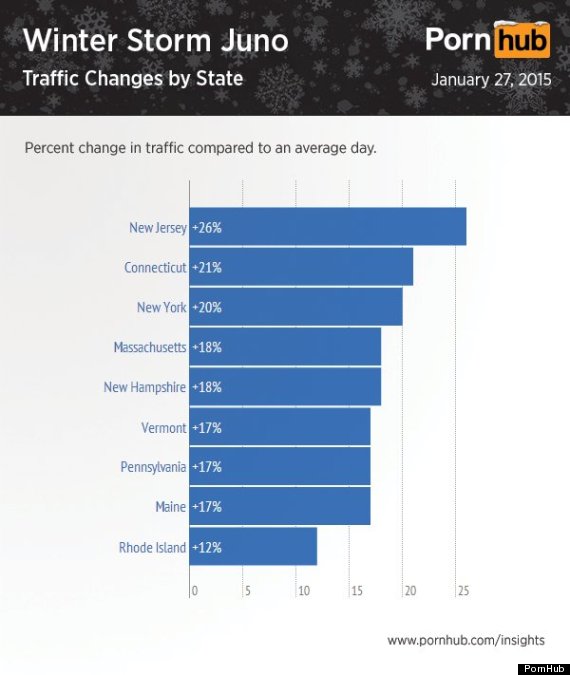 Following closely are Connecticut and New York, each with traffic increasing on the site by 20 percent or more.

New Jersey really shows its dominance when traffic increases are examined across different devices. The state's porn-viewers watched in higher percentages than usual via desktop, phone and tablet.

While most states registered a dip in traffic around noon, likely to break for lunch or enjoy the idyllic snowfall with a bout of sledding or snowshoeing with friends, New Jersey actually saw a 50 percent traffic increase. Now that's dedication. 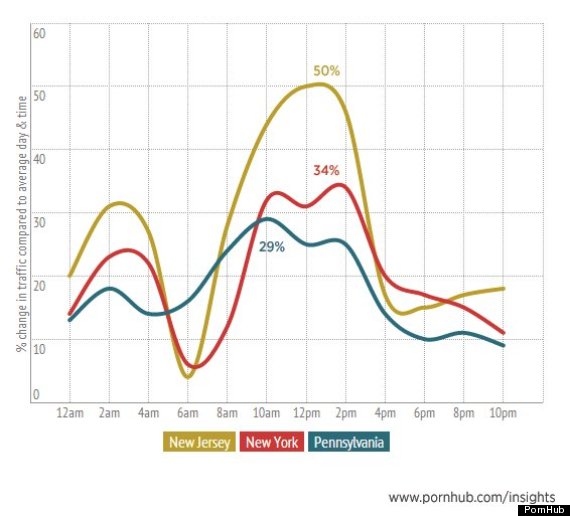 Here's a look at New Jersey's midday stats, compared to New York and Pennsylvania. Five other states also saw dips around that time. Rhode Island was the only other, in addition to the Garden State, that did not.