The front page of Friday's New York Post caught some readers off guard with its surprisingly minuscule spotlight on Joan Rivers's death. 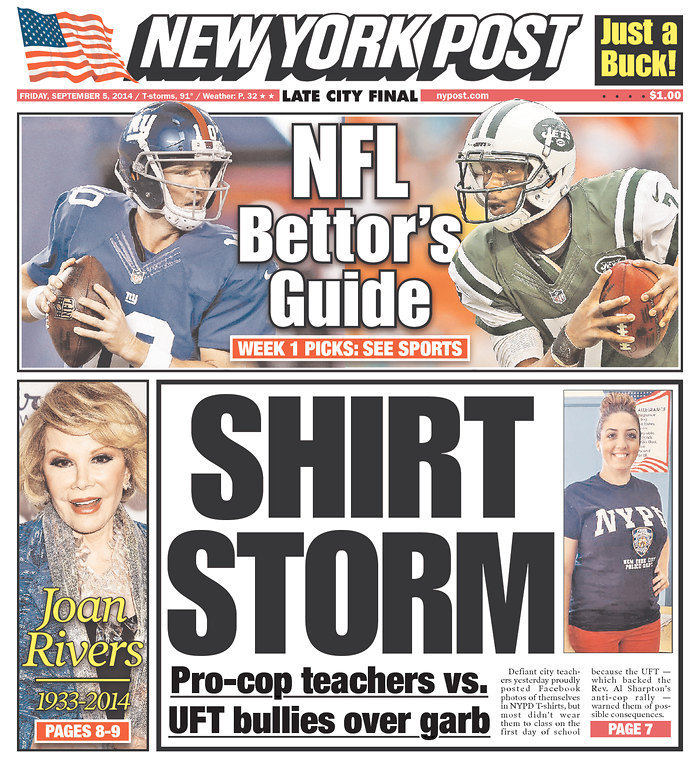 While papers like the New York Daily News and Newsday dedicated the entire front page to the famed comedian, the Post gave only a small box in the lower left-hand corner.

In contrast, when Robin Williams died in August, another one of Hollywood's most beloved and legendary comedians, the Post dedicated their entire front page to the news.

But apparently there was a reason for the Post's minimal coverage-- and, surprise surprise, it had to do with Rupert Murdoch, who has always been extremely open about the influence he wields over his news properties.

A source told Capital New York's Joe Pompeo Friday that the front page was originally designed to give much more room to Rivers until Murdoch, the paper's owner, made a rare appearance in the newsroom that day and instructed otherwise. Out went the big tribute, and in went something rather more demure.

As Capital noted, Murdoch and Rivers have a messy history, stemming from Rivers's short-lived late night show on Fox. Murdoch brought Rivers on in 1986 to host “The Late Show Starring Joan Rivers," but she was later let go, or "dethroned," as the headlines put it, only one year later after poor ratings.

Of course, such blatant interference in his news outlets is nothing new for Murdoch. In fact, it's pretty typical. He has a long history of calling up editors and suggesting stories, asking for shorter pieces, firing editors he doesn't like, and using his papers to push his own political stances. The New Yorker's Ken Auletta said in 2007 that when asked what gives him the "most pleasure," Murdoch responded, "being involved with the editor of a paper in a day-to-day campaign...trying to influence people.”

It seems like he was definitely continuing that legacy with his Rivers decision.