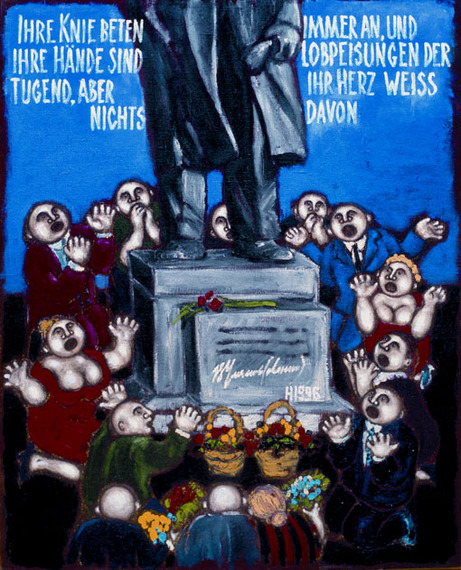 "Their knees continually adore, and their hands are eulogies of virtue, but their heart knoweth naught thereof". Photo Credit: Lena Hades

-- "Their knees continually adore, and their hands are eulogies of virtue, but their heart knoweth naught thereof" (translated by Thomas Common). "Eulogy" means a laudatory formal speech or a piece of written work, praising a person, especially a person who has recently died.

The German word "Lobpreisung" means "glorification". In this way, the aphorism could be translated so:"Their knees continually adore, and they raise their hands to glorify the virtue, but their heart knows nothing of it".

Let's talk about fanatics and fanaticism!

Being a fanatic means that you are a fan to the point that you are obsessed with the person you are a fan of and you might even try to hurt someone who is not a fan or is a fan of a rival. You might also try to hurt someone who is not a fan enough or someone who does not correspond to your conception of a fan - fanatics display little tolerance for contrary. Being in love with someone who doesn't love you back results in time wasting activities like a constant daydreaming. All fanatics think that they are in contact with those they love, and they believe in after-death contacts. Every fanatic considers real life dirty and of no importance, only the imaginary matters, the fanatic hates real life. Fanatics often prefer feeling to thinking. They despise this world and feel eager to trade it for "heaven", for "future". Sir Winston Churchill said that "a fanatic is one who can't change his mind and won't change the subject."

The painting of the oil painting cycle Thus Spoke Zarathustra

Its title is long: "Their knees continually adore, and they raise their hands to glorify the virtue, but their heart knows nothing of it". It was created by me, Lena Hades, 20 years ago, in 1996. It was one from 30 oil paintings, devoted to "Thus Spoke Zarathustra" by Nietzsche. 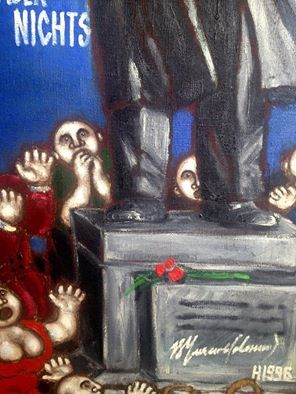 "Their knees continually adore, and their hands are eulogies of virtue, but their heart knoweth naught thereof" (detail). Photo Credit: Lena Hades

The central part of the painting represents Vladimir Lenin statue installed in Ulyanovsk, in 1940. This city, originally founded as Simbirsk (Симби́рск), is his birthplace, it was named Ulyanovsk because Vladimir Lenin's original name was Ulyanov. Some people believe that Lenin was one of the revolutionaries in human history who created the first socialist state based on Marx's theories.Let's look at the posthumous construction of the personality cult of Communist "secular saint" Lenin! Marx said that "religion is the sigh of the oppressed creature, the heart of a heartless world, and the soul of soulless conditions, it is the opium of the people". He viewed the institution of religion as an instrument utilized by the ruling elites to oppress the lower classes and to nourish them with an unrealistic optimism for the future. If you visit the Lenin Mausoleum on Moscow's Red Square where Lenin's chemically embalmed body has been been demonstrated for 91 years, following his death in 1924, you can understand the true meaning of the inscription on a Soviet propaganda poster "Lenin lived, Lenin lives, Lenin will live" (words of the Russian Soviet poet Vladimir Mayakovsky). Lenin's successor Joseph Stalin understood the need for a unifying force for the country that was lacking, he tried to preserve Lenin's body as a holy relic in hopes that the cult of Lenin would serve as this unifying force. The Lenin Mausoleum was also a main part in creating Moscow as the center of the Soviet state, and legitimating the autocracy of the Communist party, and Lenin himself became an immortal, supernatural figure of worship. Nevertheless, the holy relic of Lenin did not save the millions of Stalin's Purges victims... All Communist "secular saints" are pretty useless! 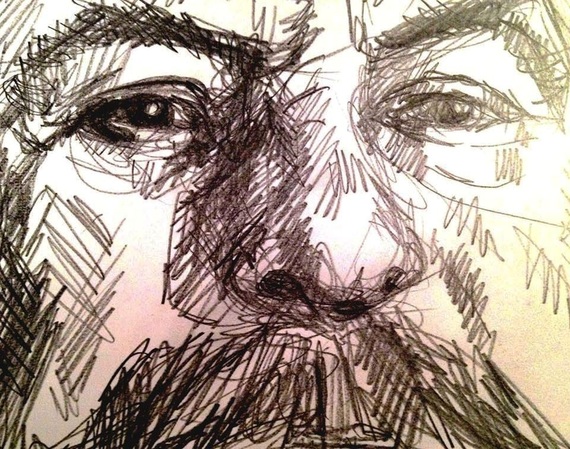 Glancing at the Russian history, I understand that it is well to remember from time to time that from fanaticism to war and barbarism is only one step...