They're funky, they're traditional, they're 30-somethings, they're Nuqat (dots), and they're taking the Arab Gulf's art, culture and design scene by storm from Kuwait.

"Creative education is the main umbrella for all our activities," said Wakim Zeidan Nuqat's main founder, noting that in Kuwait it's less commercial than Dubai and Abu Dhabi where art and culture are franchised. 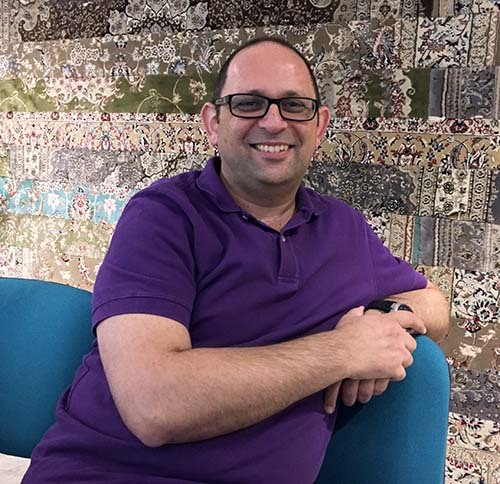 Zeidan, who is Lebanese but has lived in the emirate for over a decade, said that six years ago when he launched the project there were few cultural activities so he embarked on his all-volunteer, non-profit mission to fill the gap.

He also acknowledged that historically Kuwait had more of a cultural footprint that predated Iraq's invasion of 1990 than its co-members in the Gulf Cooperation Council.

"After the conference Nuqat will set up programs for two audiences: children starting age four, and another for professionals, corporate types, to develop a sense of critical thinking and creative problem solving, and to help designers across different industries become entrepreneurs," he said. "Plus, we'll be introducing them to support systems for their industries."

For children, there will be a set of workshops focusing on creative skills, and an introduction of school subjects where a mix of skills and knowledge are applicable.

"No universities in the region are producing art educators," he lamented.

The conference to which he was referring was a very successful three-day event Nuqat held this month dedicated to the "Copy and Paste Syndrome."

With co-founders Sara Al Nafisi, Hussa Al Humaidhi and Dana Al Hilal, Zeidan, a graphic designer/advertising expert, set out to produce a creative environment that offers enjoyment of what is esthetically pleasing and develops an awareness of its origins by better engaging with art, culture and design. 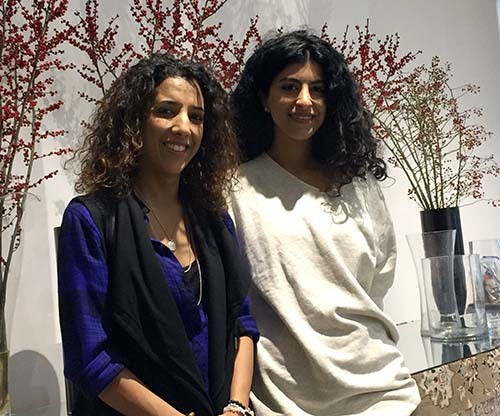 "We develop the topic first for the conference," explained Al Nafisi. "Speakers are selected based on their work, on what can add value."

Speakers, who are usually of Arab and Persian origin, appear pro bono.

Al Nafisi is considered the creative mastermind behind the Nuqat brand and with Al Humaidhi partnered to create Raw Design Studio.

They, too, are graphic designers, while third co-founder Al Hilal is a PR executive at Way Communications, Kuwait.

Their gargantuan voluntary efforts go into multiple yearlong activities, topped by the annual conference and series of workshops that follow it.

This year's creative clinics featured luminary trainers such as Yasmine Taan, a designer, author and academic, who spoke at the conference and had penned a book on renowned Egyptian illustrator Hilmi El-Tuni. 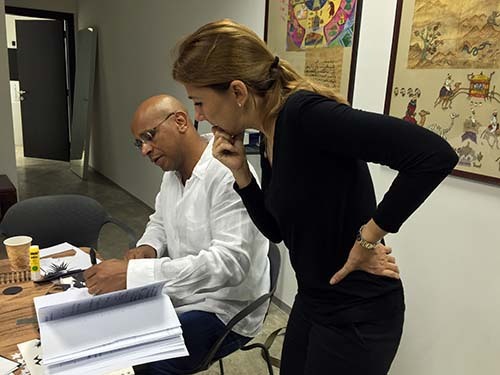 She drew enthusiastic participants to her workshop on visual storytelling.

Muhannad Shono, a storyteller, visual artist and self-taught illustrator was another magnet for young participants in his four-day mini-course entitled "Inking of Ideas." 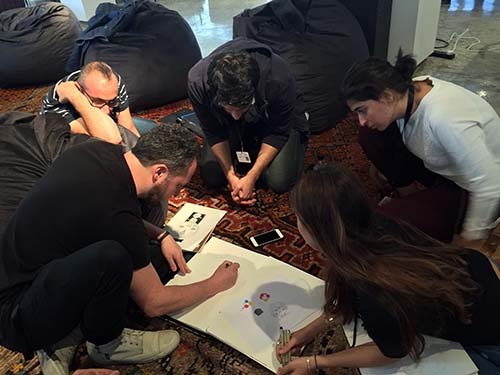 Al-Ghoussein, who initially worked as a documentary photographer and photojournalist and whose work appears as part of a permanent collection at New York's Guggenheim Museum and Washington's Smithsonian Institution, to name a few, teaches photography at NYU Abu Dhabi. 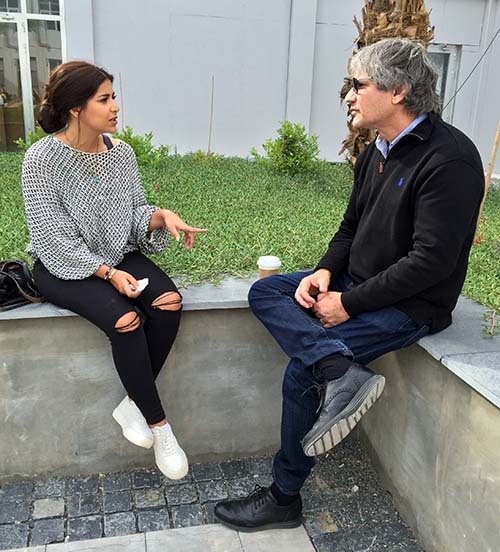 Industrial designer and academic Raffi Tchakerian, a specialist in aerospace and aeronautical engineering, had a lively group in his workshop repurpose existing products into a modern, eco-friendly diwaniya, or reception area. 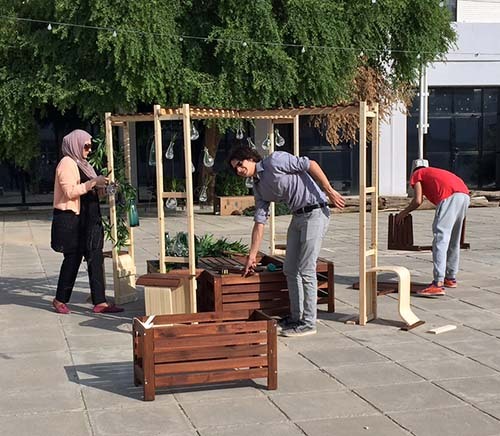 The public space construction whose top is adorned with plants is meant for passers-by, shoppers and others to rest, place their bags, and enjoy the surrounding environment. 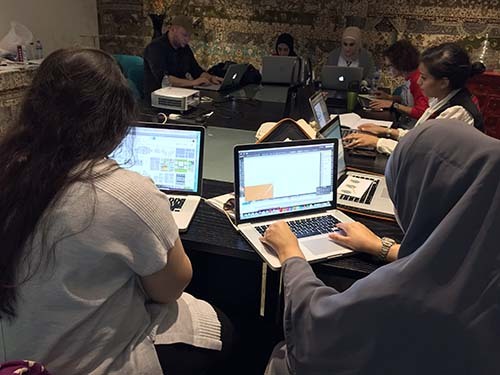 Elsewhere at the Nuqat training sessions was a workshop by acclaimed Syrian caricaturist Ali Ferzat, whose illustrations skewer the powers-that-be.

His opposition to the Syrian regime and scathing cartoons of President Bashar Assad earned him a nasty beating in 2011 after which both his hands were broken. He later recovered and moved to Kuwait. 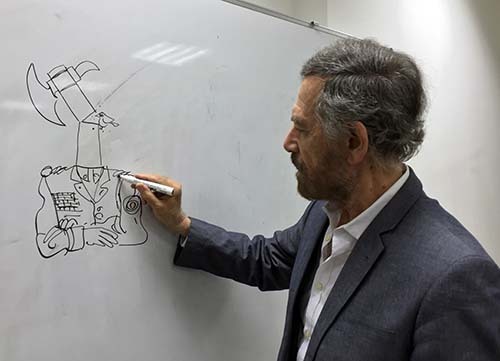 Al Humaidhi, on the traditional oud, broke into a rendition of "Fly Me to the Moon" with Raw Design Studio's senior graphic designer Samer Bou Saleh on acoustic guitar. 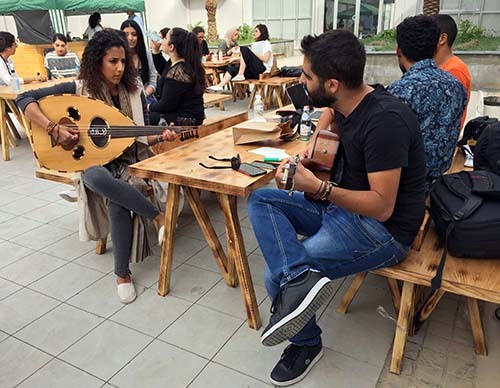 The next goal is to raise funds to open a Nuqat center to manage all the organization's multi-cultural activities in a bid to migrate this Kuwait-based initiative to different parts of the Arab region.