As I indicated in the previous blog pieces in this series, while extraterrestrial life almost certainly exists in our Milky Way galaxy, even the nearest life-harboring planet may be tens of light-years away. This means that our best shot at detecting such life is through remote observations by large telescopes. In particular, future telescopes will be examining exoplanet atmospheres for biosignatures -- characteristics that are produced (ideally uniquely) by life processes.

You may wonder what another civilization might regard as relatively reliable biosignatures of Earth, were this civilization to observe Earth from a distance of tens of light-years. One of the telltales could be the relatively high abundance of oxygen (about 21 percent by volume) and the presence of ozone (a byproduct of oxygen; composed of three oxygen atoms). While small amounts of oxygen were initially released into the Earth's atmosphere through the dissociation of water by the Sun's radiation, the vast majority was contributed photosynthetically by plants and bacteria. The ozone layer probably played a crucial role in blocking ultraviolet radiation, thereby allowing more complex molecules to form. Water vapor in the Earth's atmosphere (and the associated inference of liquid water on the surface) would have been another positive indicator for the potential existence of life on Earth for a remote observer. Most importantly, however, the most telling biosignature for life is an atmosphere that is out of equilibrium. In other words, astrobiologists observing exoplanet atmospheres would be looking for gases whose abundances are absolutely discrepant when considering expectations from equilibrium chemical processes alone.

Two of the most promising telescopes for this type of quest for the near future are the Transiting Exoplanet Survey Satellite (TESS), scheduled for launch in 2017 (Figure 1), and the James Webb Space Telescope (JWST), scheduled for launch in 2018 (Figure 2). While TESS will not be able to detect Earth-size planets around Sun-like stars, it will most probably find at least a few Earth-size planets orbiting (and transiting) smaller M-dwarf stars, in the Habitable Zone (that allows for liquid water) around those stars. JWST will be able to study in detail the composition of the atmospheres of those candidates for life-bearing planets. 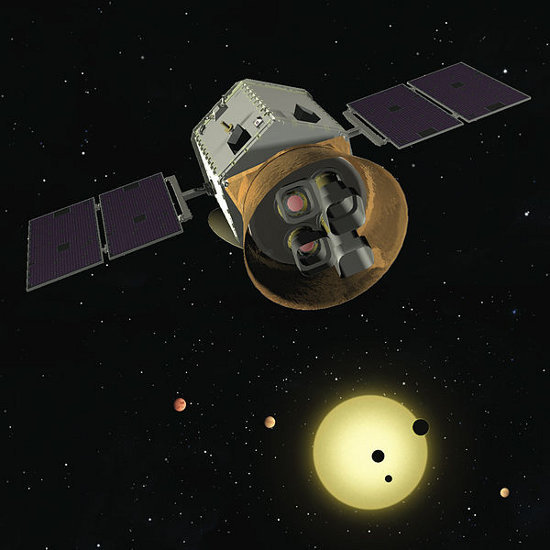 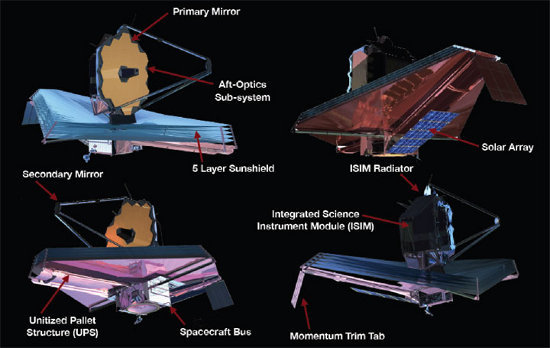 I do not want to give the impression that even the powerful pairing of TESS and JWST working in tandem (TESS leading to detections and JWST to atmospheric follow-up characterizations) is likely to find biosignatures. Nevertheless, the probability of finding life is not zero, either. In particular, if given the right conditions, life always emerges, then JWST could perhaps find life on suitable TESS candidates. Future optical-ultraviolet telescopes, such as the proposed Advanced Technology Large-Aperture Space Telescope (ATLAST; Figure 3), would be needed to take us to the next step -- finding an Earth analog with life on its surface. What a huge step that would be! 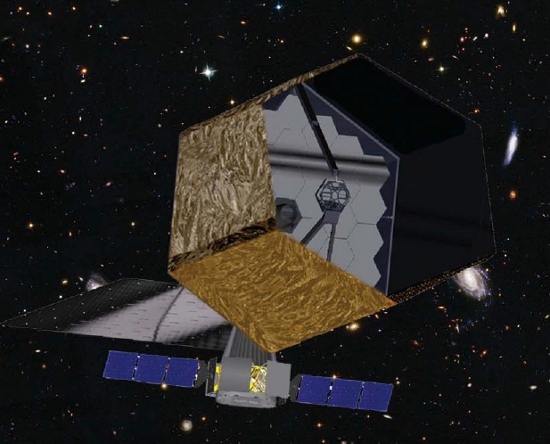