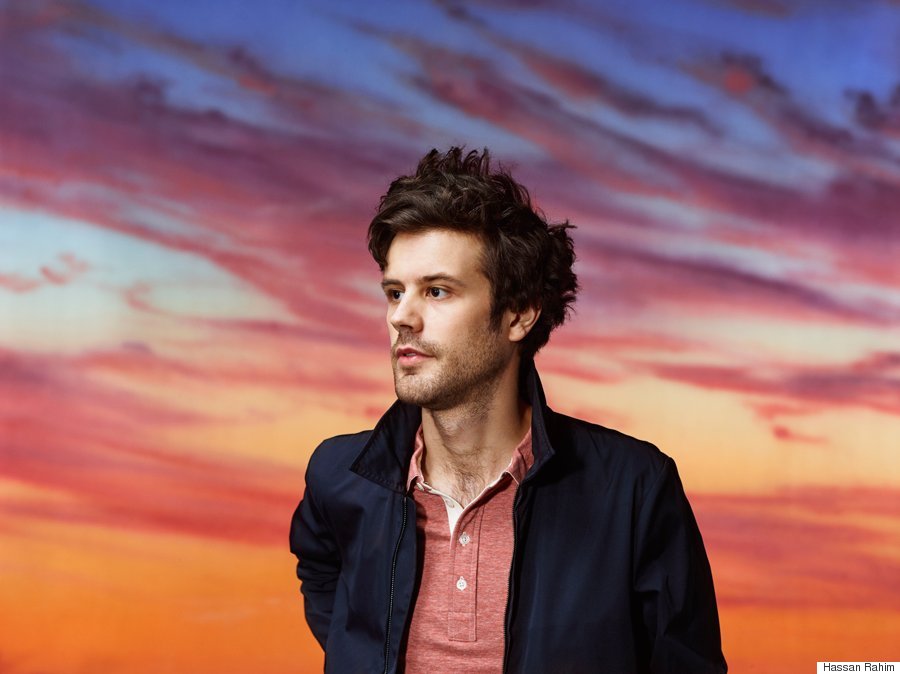 The first song on Passion Pit's new album, "Kindred," takes just 18 seconds to hit the chorus. "You're all I'll ever have," Michael Angelakos sings in his signature high pitch. "It's all I'll ever have," he repeats over and over, somewhere in between a scream and a desperate whine. It's the same sound he developed on his two previous critically-acclaimed albums, "Manners" (2009) and "Gossamer" (2012). Beneath bubblegum electronica and frenetic pop production, Angelakos sang of loneliness and rejecting love. But the message of this album is one of acceptance and maturation.

Until recently, Angelakos' story as a musician has been chaotic, chronicled in a 2012 Pitchfork cover story, which revealed his bipolar disorder diagnosis. Three years removed from the drama associated with producing and promoting "Gossamer" -- there were canceled tour dates, hospital stays, alcohol dependency and months of artistic struggles -- Angelakos, 27, speaks now of feeling at ease. He's handling a few different projects in addition to "Kindred," including Ryn Weaver's debut album, "The Fool," which he helped produce, and has learned that's the way he works best.

"When I wasn't working on the side projects while doing Passion Pit, I've just gotten frustrated," he told The Huffington Post, sitting in a hotel room in New York's Gramercy neighborhood. "Now I realize I need to essentially be working on something at all times." It's part of the reason why his initial desire to produce and record "Kindred" in the Berkshires turned out to be a bust. In early 2014, Angelakos, Alex Aldi and Chris Zane rented a house in the mountains. "We so desperately wanted the serenity and the solitude," he said. "The idea of doing it outside is so romantic and we romanticized it so greatly. But ultimately, it’s the noise and the insanity of the city that I think drives the record and drives me as a writer."

Below, Angelakos talks about "Kindred," the 19-year-old character behind Passion Pit and how being open about bipolar disorder has influenced his music:

The record feels like a trilogy when you look at it with "Gossamer" and "Manners." Do you view "Kindred" in context of the others? Oh, yeah. When I went into it, I thought of it as a third installment as part of a triptych. It feels like a maturation record, a culmination of sorts, but also a step. Each record is a step and not necessarily one is better than the other. I like the idea of completing a body of work and then consuming it all together. I did that at one point. I listened to all three records all the way through and I can never really listen to my own music. It made sense. It felt like this was the record you could hear the maturing side of the character I've been trying to push around and figure out.

Who is that character? It's just a 19-year-old version of me used as a filter of everything happening in my life when I make a record. Everything is so much more colorful and vivid and crazy. When you were 19, thinking about what the hell you were going to do with your life or why you were feeling all of these strange things, and you're moving into adulthood and all these things. You're an adult, but you're not an adult. There are all these weird things going on. That's when I got signed and things started moving for me. For some reason that age and that year, I've been able to take that and utilize it for now three full-length albums as a way to extract the theatrical elements of everything happening in my life.

All the mundane stuff and the happenstance is actually the most powerful and moving to me. But Passion Pit is all about histrionics. It's all about extrapolating and taking these elements that are seemingly so simple, but actually tell a much more complicated story. At the risk of sounding like I'm making a mountain out of a molehill. I don't know.

That's the reason why there's a kid on the album cover. When you're a child, you see things differently. I have friends that are having kids now. It's crazy. They talk about how their kids see things they would never see. I remember things being so much more colorful and vibrant. Everything was so big, literally and figuratively. I think that's kind of how the world has always looked to me as Passion Pit. That's a turn off and a turn on. It's a childlike anger, frustration, excitement, innocence wound up into one package. I think that's why people can relate to it.

So many of the songs on "Kindred" feel so anthemic, with so much build up. Like in "All I Want," you get to the chorus almost immediately. It feels like a release. It's pop. To a lot of people, that's a dirty word. Pop as in a formula in a method and a craft. When you're dealing with populism, any populist can say that the most powerful art ever created has always kept one foot in the populist mindset and another foot in the more left-field creative, abstract way. It's about shattering notions of pop culture. So I take these pop formulas and I inundate them with weird sounds and a weird voice, a weird character, a weird sonic palate in general and lyricism that's really opaque then really transparent and really almost, I guess, a little uncomfortably open. All my favorite artists have always done that with pop music. Like Randy Newman. People are like, "'Sail Away' is a beautiful song." "Sail Away" is about getting slaves to get on a ship and literally selling them like, "This is going to be a great ride!" That's the darkest thing you can think of. You can get away with that when you're making pop music because the construct is there.

Is that why you make songs that seem so happy on the outside? Not consciously, but I think that it just seems to be my way of going about it with Passion Pit. It always has been. I always thought, "It would be great to write a hit." But if I were to ever write a hit, it would have to be kind of fucked up. Well, "Take a Walk" is really screwed up. I love the idea of just taking what is perceived as fun, happy music and messing around with it in very small ways to a lot of people. Most people will never hear a Passion Pit song. Maybe one day they will. Who knows.

I think a lot of people hear Passion Pit songs. It's always funny when there's that line in "Talk A Walk": "We can rip apart the socialists." There's some guy who wrote something when that came out. "It's about time someone took a stand." Like oh my God, I'm not actually ... but okay whatever you want to talk away from it. That's the beauty of all of this.

A lot of the songs in "Gossamer" seemed like an apology. This album seems like you've come to peace with a lot of those things. What's changed? Both of these records, "Gossamer" and "Kindred," are about doing things in a sense. "Gossamer" was about getting to a point where I could apologize and talk about things. That was an action. Confessional stuff that was extraordinarily painful, and still is to this day to think about.

"Kindred" is more about accepting and owning those type of things. I'm ultimately in control. I'm healthier. I'm happy and stable. I'm dealing with things that I have to stand up and be the adult about. These are things I've never been able to confront because I've been dealing with digressions. There are no digressions now. It's about deciding who the hell I am. I'm 27. I've been doing this for eight years now. I'm just figuring out what I want from life and my friends and my family and accepting love, which has always been a hard thing for me.

"Kindred" is a pretty honest attempt to open up and admit shortcomings in that realm and also address the fact that I'm trying. I'm at least actually doing things, attempting to make things better as opposed to talking about them or contemplating them in the past records. My whole life has been about these super dramatic crazy life altering issues that I didn't have complete control over. Now it's about embracing all these great things that are happening and trying to move on where I can get to a place where I can be more stable and happier. That's tough, but also awesome. It's amazing.

The last big press cycle you did, that was when you went public with bipolar disorder. Seeing you out in the world talking about it, contributing to PSAs, has been so powerful. What's changed for you in the three years since that happened? Really what I'm here for is to make stuff, quite literally. That's what I love to do. That's why I was even given the opportunity to be an advocate for it as well. I was creating things and connecting with people. I want to make sure that when I am advocating, it's truly advocacy. It's powerful and cannot in any way be taken as press, like PR. I understand why because there are so many fake attempts to utilize these type of issues to get press that's positive. That's not my issue at all. I could care less what people think. I just want to make sure I can still have my career and it's not about being bipolar. It's about me creating things and doing things, people saying they like it or they don't like it. I can keep my advocacy over here and it can remain as powerful as it ever can be. It's about finding that balance, I guess.

Do you think talking about it publicly has influenced your art? Well, yeah. I talk about the fact that I talked about it on "Kindred," even. Not in a way where it's changed my approach to it sonically or anything. I'm just kind of over it now. It's almost like I had to keep addressing it to a certain degree because I haven't fully closed the chapter on it. Now I feel like I kind of have. That "Gossamer" period is essentially done, but it still takes a conversation like this, for instance, to move on. We haven't concluded, really. At some point we will and I'm looking forward to that. At the same time I'm grateful I've been given the opportunity to help. I'll continue to. As long as I can still have my life. It's a weird thing. Balancing is a weird thing.

Passion Pit's "Kindred" is out April 21 via Columbia Records.