Photographic evidence can be hard to explain, especially when such exists of you doing body shots off a girl who isn't your girlfriend during spring break.

USC student and Miley Cyrus' boyfriend, Patrick Schwarzenegger, appears in such photos taken while he was in Cabo San Lucas, Mexico this week.

On Monday, Us Weekly reported the 21-year-old was spotted at Mango Deck Restaurant & Bar "cozying up" to a "petite brunette," in a "tiny black bikini" and a "'Kappa Kappa Gamma' sorority head scarf," who wrapped her arms around his neck at one point. Later, Schwarzenegger was photographed taking shots off her body.

Once the photos hit the web and rumors that Schwarzenegger was cheating on Cyrus began to swirl, he took to Twitter to explain himself:

"Omg. It's one of my best friends girlfriend...Would NEVER do anything against my GF.....Girls have guy friends and guys have friends that are girls...," he wrote in a series of tweets.

Meanwhile, Cyrus, who didn't tag along on the spring break adventure, has made no direct mention of the photos or the cheating rumors. However, she did post some cryptic messages on Instagram hours after reports began rumbling. First she shared this with her 16.7 million followers:

Hours later she followed it up with a humorous, but similarly cryptic eCard message: 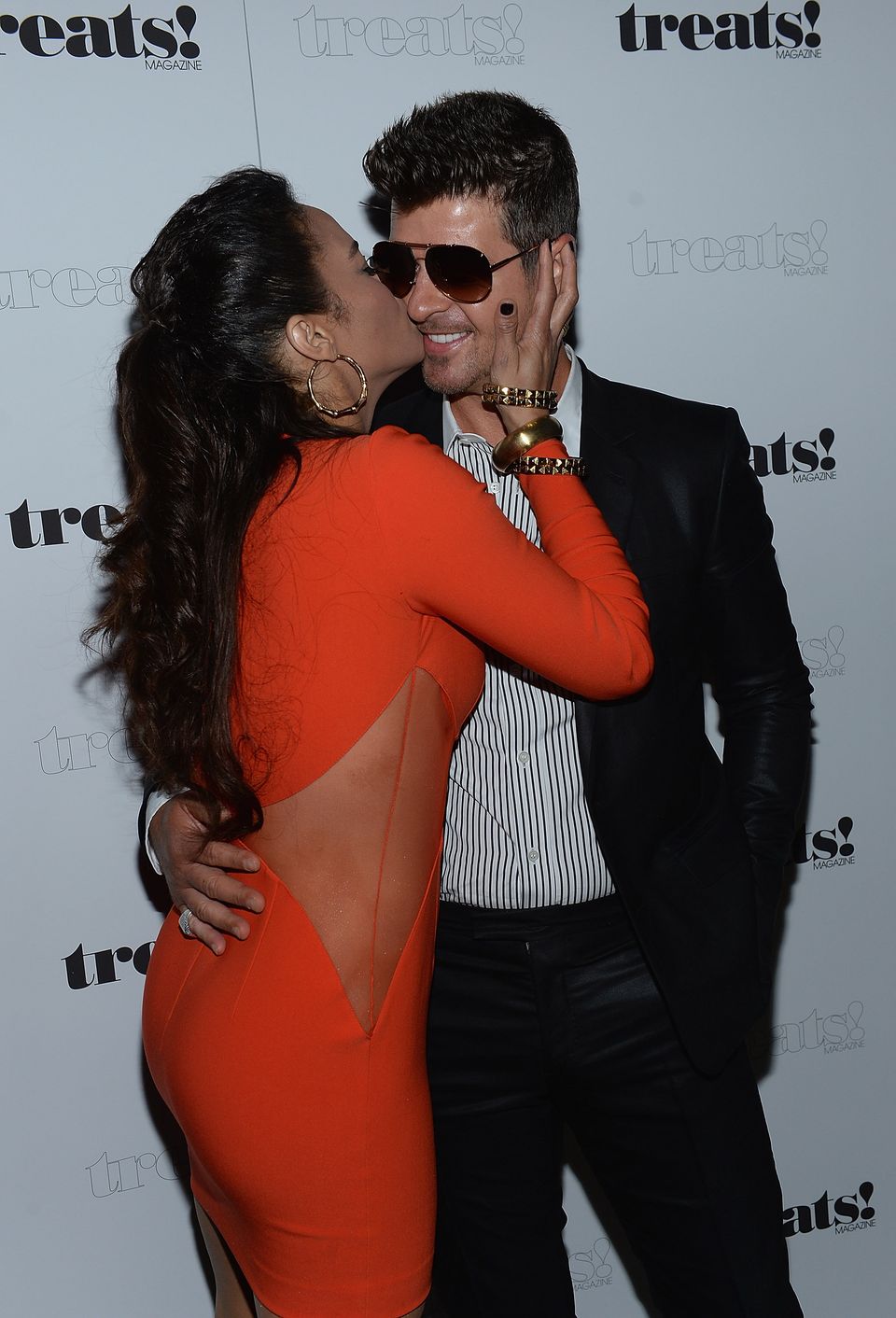 1 / 15
Paula Patton & Robin Thicke
Rumors surfaced after the VMAs that <a href="https://www.huffpost.com/entry/robin-thicke-paula-patton-cheating-allegations_n_3872251" target="_blank">Robin Thicke had cheated on wife Paula Patton</a> with British socialite Lana Scolaro. But pictures taken the night after the allegations tell a different story. Thicke later said in an interview that the two are <a href="https://www.huffpost.com/entry/robin-thick-dysfunctional-marriage_n_3908577" target="_blank">happily married and perfectly in love.</a>
Getty