While loving Bon Iver and fair trade coffee doesn't necessarily mean you should live in Portland, those Buzzfeed "Which city should you actually live in?" quizzes might be onto something. If you're sick of the city you live in, it may be because personality doesn't fit the environment, according to new research.

A study of 56,000 London residents found that life satisfaction depends on how well your personality suits the city you live in.

Researchers from Cambridge University and the University of Helsinki analyzed a subset of data from the BBC's "Big Personality Test," a survey of over 590,000 British people was conducted between 2009 and 2011. The test measured levels of the "Big Five" personality traits -- extraversion, agreeableness, openness to experience, conscientiousness and neuroticism. The researchers looked specifically at Londoners, examining links between personality and life satisfaction for residents across Greater London's 216 postal districts.

Scroll down to view the psychological map of London.

The data revealed geographical differences in clusters of personality traits and life satisfaction levels. Here's a breakdown of some of the most important findings:

Interestingly, the researchers found that the strength of the link between personality traits and life satisfaction depended on the characteristics of their neighborhood. In areas that reported lower levels of life satisfaction overall, for instance, those who were higher in agreeableness and conscientiousness tended to have the highest levels of satisfaction.

"Together, these findings not only add to our understanding of the ways in which features of our personalities relate to our physical environments, but they also provide potentially useful information for choosing a place to live," Cambridge University psychologist Dr. Jason Rentfrow said in a statement. "Granted, most people don't have the luxury of complete control over where they live, but given their budgets, people can decide whether it's more important to live in the centre of town, where daily life is vibrant and accommodation is small, or further out where daily life is slower but space is more plentiful. Making the decision that fits with your personality could have an effect on your overall life satisfaction."

While some previous research has found that most people would be equally happy in different places, the new data suggests otherwise.

"[The] one-size-fits-all conclusion... is misleading because one's level of happiness is dependent on whether their environment is suited to their personality," Dr. Markus Jokela of the University of Helsinki said in a statement.

The results were published in the Proceedings of the National Academy of Sciences. 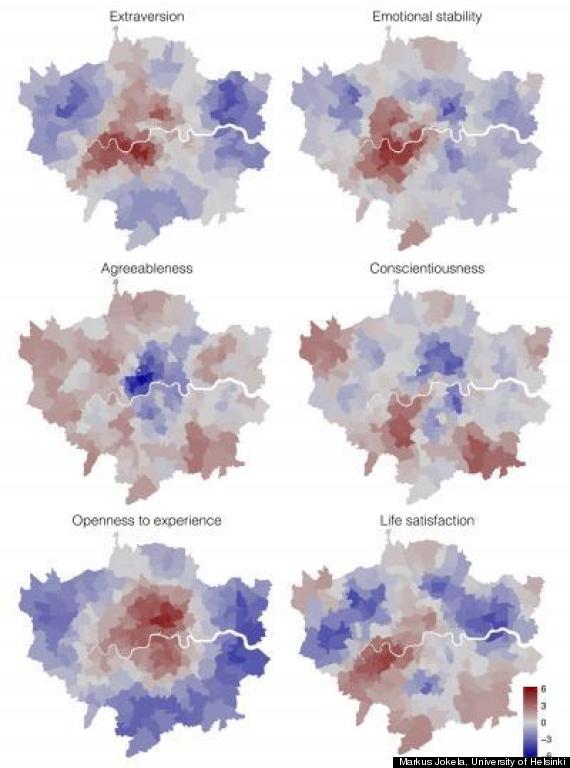 A Slice Of City Peace