Now, the company paid to store the piles by their former owner Koch Carbon, a Koch Industries affiliate, has filed an appeal to the city of Detroit arguing for the right to store petcoke on the riverfront, the Windsor Star reported Monday.

For almost a year, Detroit Bulk Storage stored the piles of petcoke without proper permitting from the city of Detroit. The three-story pile was supposed to be "contained," but the video and locals' reports of petcoke blowing in the path of freighters and onto homes brought any such containment efforts into question.

It wasn't until outrage broke out over the billowing clouds of petcoke-infused dust that the storage company sought permits from the city. Then-Mayor Dave Bing refused to grant the company's requests and demanded the piles be transported away They were then shipped to Ohio.

Petcoke, short for petroleum coke, is produced by the petroleum industry for use as a fuel, usually overseas. A carbon solid similar to coal, it is derived from the oil refinery process and emits carbon dioxide when burned. But petcoke has its issues, as captured in this photo series showing the impact of the piles on the region. "It's so filthy that the EPA has stopped issuing any new licenses for its use as fuel," reports Rolling Stone's Tim Dickinson.

Michigan politicians led by Rep. Gary Peters (D-Bloomfield Twp.) and veteran Congressman John Conyers (D-Detroit) raised concerns in Washington and Michigan alike that the product could be dangerous to humans and animals, though Michigan's Department of Environmental Quality has ruled it poses no threat to humans. The politicians were also concerned that runoff from improperly stored petcoke could threaten the Great Lakes watershed.

"As the problem of uncontained petcoke piles in Detroit continues to grow, it is essential that we have regional cooperation to protect the Great Lakes, one of Michigan’s and North America’s greatest assets," Peters said in a statement last May.

The petcoke itself was local. Just a few miles away, the newly-renovated Marathon Oil refinery had been increasing its capacity to refine crude oil from Canada. Those piles are often sold to other companies, and then stored until they can be shipped to places like China, which use it for fuel.

Detroit's Board of Zoning Appeals will hold a hearing on Detroit Bulk Storage's appeal Feb. 11. State Rep. Rashida Tlaib (D-Detroit) told The Windsor Star that Detroiters living near the bridge and storage locations would oppose the appeal.

“We haven’t forgotten the black dust blowing all over people’s homes and how they didn’t follow the process to get a permit in the first place," she told The Windsor Star. "We will show them again we don’t want this in our backyard.”

Who will find petcoke in their backyards next? Since Detroit's stores gained attention last spring, similar community protests against local petcoke piles have erupted in Chicago. 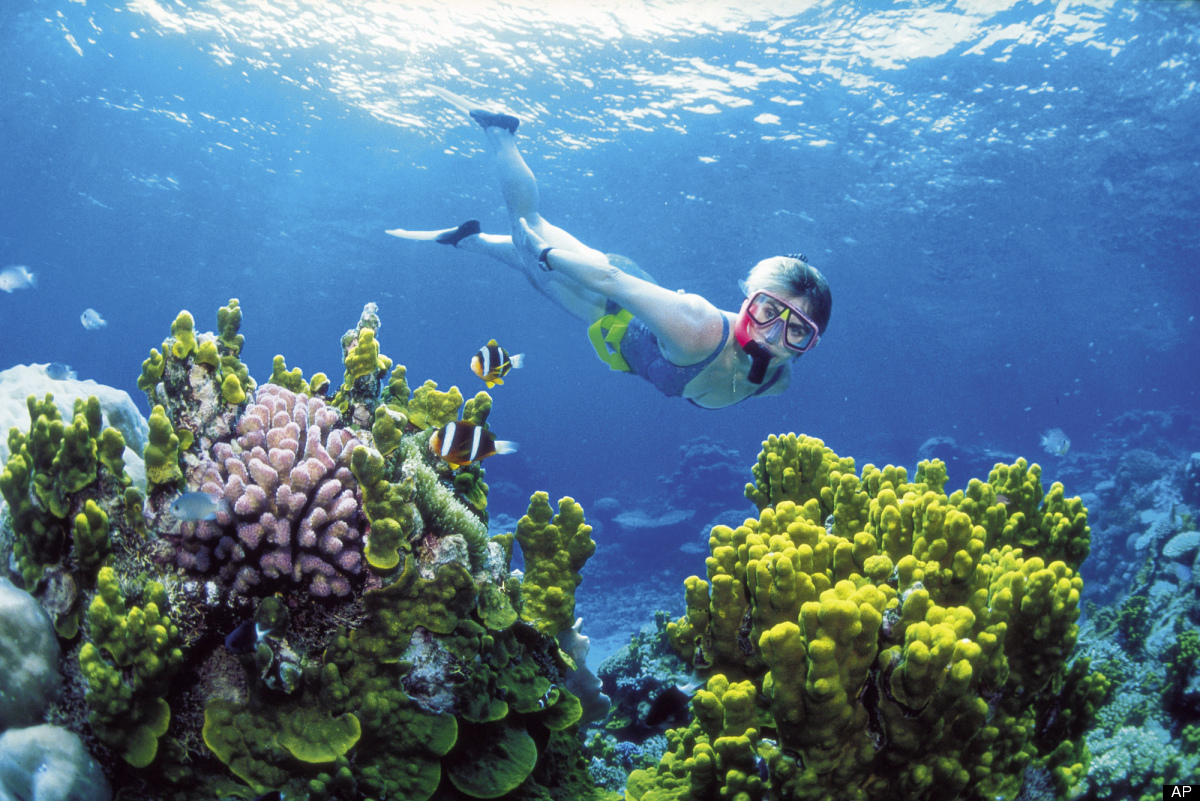 1 / 53
Sweet Snorkeling Pics
As humans increase atmospheric carbon dioxide concentrations, oceans absorb some of the CO2. The resulting drop in ocean pH, known as ocean acidification, has been called <a href="https://www.huffpost.com/entry/ocean-acidification-reefs-climate-change_n_1658081" target="_hplink">climate change's "equally evil twin"</a> by National Oceanic and Atmospheric Administration chief Jane Lubchenco. Coral reefs, which are an invaluable part of marine ecosystems and tourism economies, are threatened by ocean warming and acidification. At the 2012 International Coral Reef Symposium in Cairns, Australia, 2,600 scientists signed a petition calling for international action to preserve global coral reefs, <a href="http://www.bbc.co.uk/news/world-asia-18765584" target="_hplink">reported the BBC</a>. Noting that 25 to 30 percent of the world's reefs are already "severely degraded," <a href="http://www.icrs2012.com/Consensus_Statement.htm" target="_hplink">the statement asserts</a> that "climate-related stressors [represent] an unprecedented challenge for the future of coral reefs and to the services they provide to people." A <a href="https://www.huffpost.com/entry/coral-triangle-reefs-threatened_n_1662620" target="_hplink">recent report from the World Resources Institute</a> found that the Coral Triangle, an important area from central Southeast Asia to the edge of the western Pacific with many reefs, is threatened at a rate far greater than the global average.
AP