Photography is often used to capture a moment in time. But daring Greek photographer Chris Kotsiopoloulos aimed to discover if photography could capture an entire day. 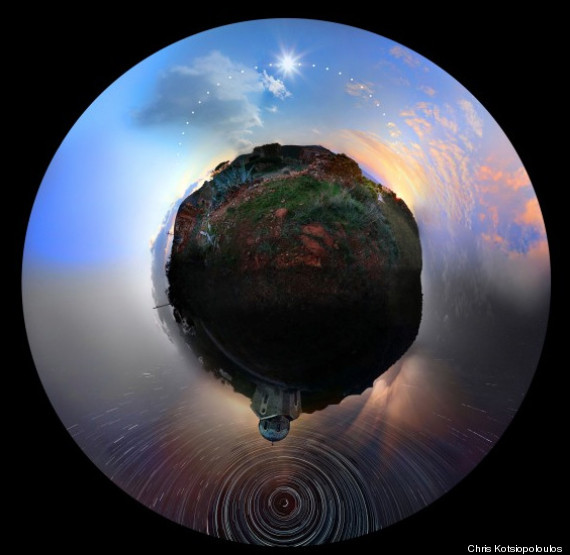 The task was not easy. Kotsiopolous had to stay in the same place for 30 hours straight, and keep constant watch on the camera, even at night. The temperature dropped down to about 26 degrees, leading the fearless photographer to use a hair dryer to keep the lens dry. After the shoot, Kotsiopolous edited his hundreds of images together into one seamless whole.

The result is a staggering 360 degree panoramic shot of Sounio, Greece, captured from sunrise to sunset. Kotsiopolous told The Huffington Post: "All my photos have a long story to tell -- a story that goes back to the creation of our solar system, the formation of the sun, the planets, the earth and the moon."

His long exposure photo was taken with a Canon 550D DSLR camera. In the dazzling shot, star trails look like a modern interpretation of Van Gogh's 'Starry Night', while the glowing sunlit clouds recall something by Michelangelo's careful hand. The photographic masterpiece creates an almost spiritual vision of Greece's beauty, don't you think?