And here you were thinking that swimming with stingrays was the ultimate in cool (and photobombs).

On the Bahamian archipelago of Exuma sits Big Major Cay (also known as Pig Island and Major Cay). Legend has it that sailors dropped the pigs off on the island with the intention of coming back to eat them, but never returned. Now the pigs essentially rule the roost (get it?) on what's been called Pig Beach. Locals and tourists alike feed the pigs, who have been known to swim up to incoming boats. There are tours that head to the beach, too. 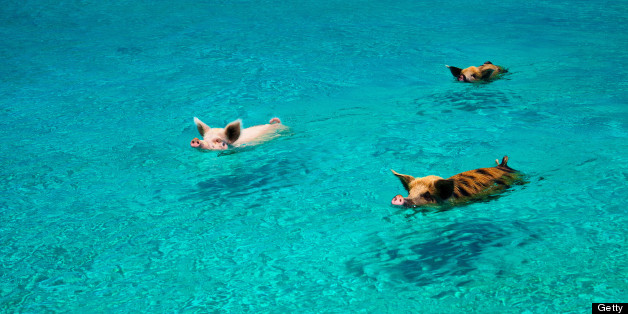 If swimming with species besides humans is your thing, don't forget you can head over to Grand Cayman and hang with stingrays, as these fine people learned perhaps the hard way. 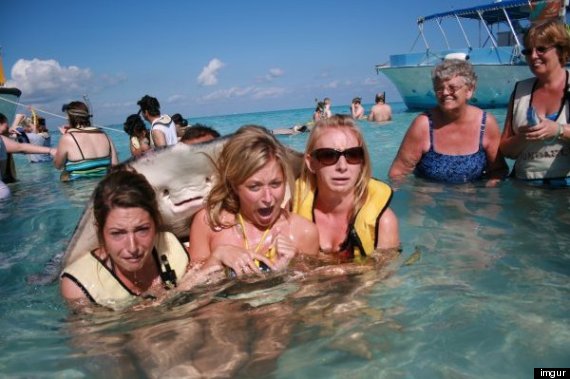