In the three days since Kellyanne Conway described White House press secretary Sean Spicer’s lies as “alternative facts” on NBC’s “Meet The Press,” people around the country have been searching for ways to deal with the Trump administration’s continued willingness to deceive the American public.

One place many have landed is back in 1984. Copies of George Orwell’s dystopian novel have been in high demand since Conway debuted her latest Orwellian turn of phrase. By Tuesday, the book had climbed all the way to No. 1 on Amazon’s best-sellers list, and a Penguin spokesman told CNN later that night that the publishing house had ordered 75,000 more copies of the book to keep up.

The novel, from which phrases like “Big Brother” and “doublethink” were born, is perhaps the U.K.’s most famous depiction of an authoritarian surveillance state. And much of the book, particularly its fictional thought-suppressing language, Newspeak, will seem relatable to anyone who took issue with the way Conway tried to disguise a lie as something rooted in reality. Some phrases in particular ― like, “The party told you to reject the evidence of your eyes and ears. It was their final, most essential command” ― have seemed especially relevant in the wake of Conway’s and Spicer’s attempted deception over something as indisputable as crowd size.

More from Orwell's "1984," now No. 1 bestseller on Amazon.
On why "The Ministry of Truth" alters facts: pic.twitter.com/wOA2Usd58P

But whereas 1984 might be Orwell’s seminal work, it is not his most relevant today. That would be “Politics and the English Language.”

Unlike 1984 and Orwell’s other famous novel, Animal Farm, “Politics and the English Language” does not dabble in symbolism-heavy social commentary. Instead, Orwell used the 5,000-word essay to offer a blunt analysis of what he saw as the inexcusable misuse of the English language by writers and politicians alike in 1946.

In the first half of the essay, Orwell identifies the many ways imprecise or unnecessary words can limit a piece of writing’s effectiveness. But it is in the second half where Orwell’s commentary becomes particularly prescient to 2017. There, he grapples with the political consequences of imprecise language wielded by people like Conway, and with the way those in power in the real world ― not a fictional other world ― can warp language for political gain.

“In our time, political speech and writing are largely the defence of the indefensible,” Orwell wrote, arguing that when “the general atmosphere is bad, language must suffer” because those in power have a reluctance to own up to uncomfortable truths, both large and small. Instead, they start to lean on “euphemism, question-begging and sheer cloudy vagueness.”

Orwell uses some examples to get his point across, like governments referring to the bombardment of villages as “pacification” or government-sanctioned murder as “elimination of unreliable elements.” But contemporary anecdotes work just as effectively.

When President Donald Trump refers to his desire to restore “law and order” in America’s “inner cities,” for example, his vague language obscures the evidence that people of color are treated worse by police than white people. When he calls for an end to political correctness, it obscures that he is actually calling for a return to a world dominated by white men. And when Sean Spicer says, “That was the largest audience to witness an inauguration, period,” he makes us question our entire sense of reality.

This sort of manipulation of language by the Trump administration is likely to continue, and it will likely get worse. But that is why the final paragraph of “Politics and the English Language” is perhaps the most important one today. In the end, Orwell argues that we must fight to keep language clear. First and foremost, by being straightforward when we speak and by embarrassing those who aren’t:

Political language — and with variations this is true of all political parties, from Conservatives to Anarchists — is designed to make lies sound truthful and murder respectable, and to give an appearance of solidity to pure wind. One cannot change this all in a moment, but one can at least change one’s own habits, and from time to time one can even, if one jeers loudly enough, send some worn-out and useless phrase — some jackboot, Achilles’ heel, hotbed, melting pot, acid test, veritable inferno, or other lump of verbal refuse — into the dustbin where it belongs.

1984 is a classic novel that asks an important question: How far could an authoritarian state go? But “Politics and the English Language” tells us where we are right now. And that, unfortunately, is just as frightening, if not more. 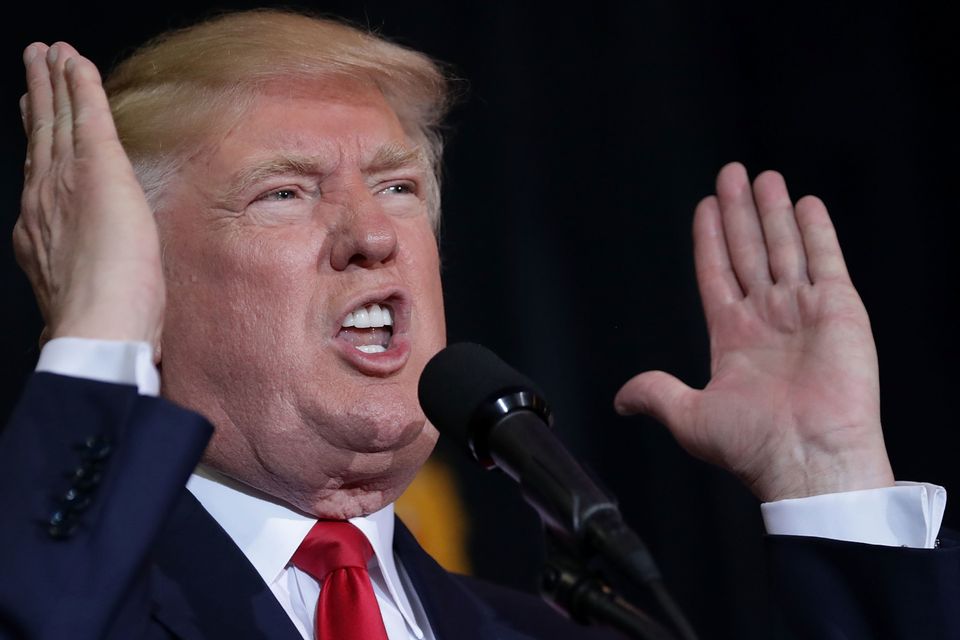