Back in the early days with Crappy Boy, I couldn't wait for him to no longer use diapers. To be diaper free!

Don't fall for that potty training propaganda. Keep them in diapers as long as possible.

Once he was out of diapers I realized just how much harder it was. Public bathrooms are not fun places to take grabby kids who like to explore everything. And the toilets aren't exactly the right size for a person who is roughly three feet tall.

Sure, it got easier as he grew and I gained some nifty tricks. But in those early days, a trip to the bathroom was enough to make me never want to leave the house.

Do you know what this is? 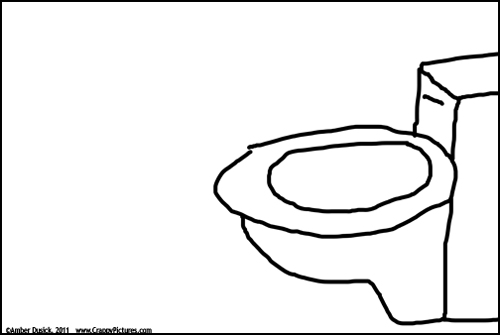 A public toilet? Wrong. It is the enemy.

It is especially the enemy of newly potty trained boys and girls, who are completely inept and unready to battle it. As are the parents.

This is what it was like to take Crappy Boy to a public bathroom when he was very newly potty trained and I had no idea what I was doing...

So I take him into the women's bathroom. Because I'm a woman. This means there are no urinals. Just a single toilet like the drawing above.

The first mistake I make is that I lift the seat. Which reveals this: 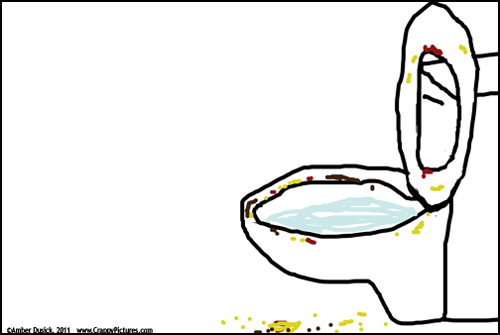 And I didn't really need to see that.

The problem with boys is that they pee standing up. 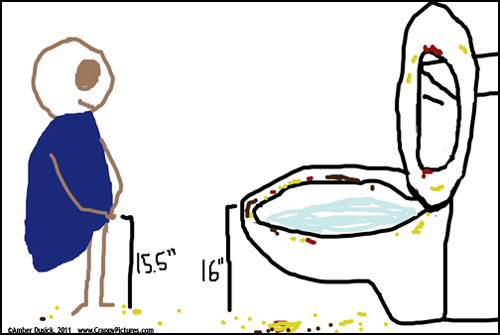 Either the toilet is a tad too high, or it matches up perfectly so that the tip of his penis will make direct contact with the disease caked rim of the bowl. Lovely.

And so I have to help make him taller: 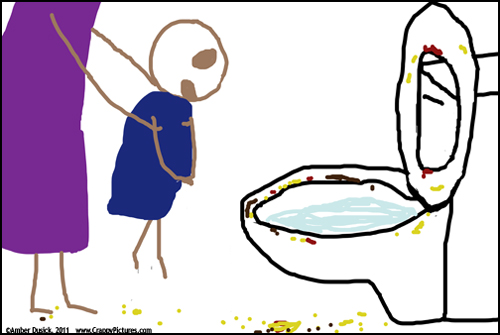 By picking him up and dangling him in front of the toilet.

Have you ever peed while being dangled in the air? Me neither.

He physically can't pee this way. Plus my arms are getting tired.

So I use my knee to give him a little seat to perch on: 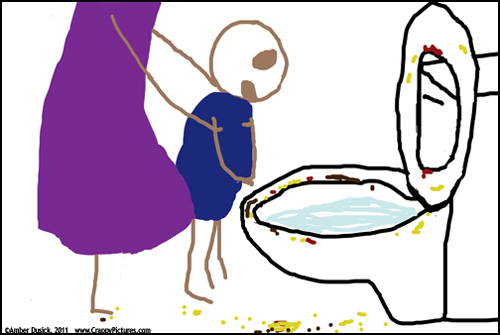 And this doesn't work either.

Finally, he puts his feet down on the toilet bowl rim: 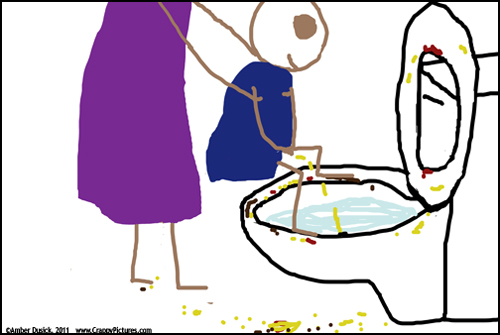 And we have pee!

(And now people finally understand why we are a shoes-off household. Because even though I didn't draw shoes, believe me, he has them on to protect from foot herpes.)

Right around this time, I get together with a friend who has a child the same age as mine. We commiserate about potty training and I whine about penis to toilet bowl height. She has a daughter.

She is a good friend so I make fun of her endlessly for this recent addition to her mama supplies: 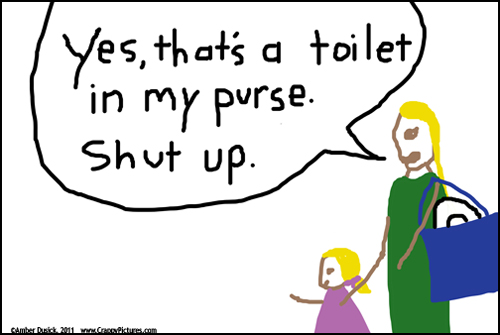 Especially since she was the one who spent an entire trimester of her pregnancy carefully deciding which fancy designer mama bag to get.

The bag that now carries a toilet.

But on this particular occasion, she doesn't have it with her. Probably because I tease her too much.

I have to go to the bathroom to wash my hands and her daughter has to pee. So I offer to take her.

She wishes me "good luck" and hums a smug little happy song as we walk away. I roll my eyes, thinking she has no idea how much harder it is to take a boy to the bathroom. Her daughter will be a cinch.

When we get into the bathroom though, it occurs to me that her little girl can't masterfully squat above the toilet seat without touching it like I can.

The toilet seat cover dispenser is empty. But this doesn't scare me. I remember back before those were common in bathrooms so I know what to do.

I get to work making a toilet paper patchwork quilt on the seat. 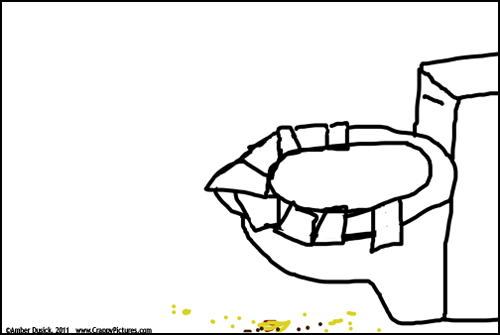 I have to work very fast because she is doing the pee dance already.

I help pull down her underwear to her ankles and start to plop her on the toilet.

And then realize that she will just fall straight in if I let go: 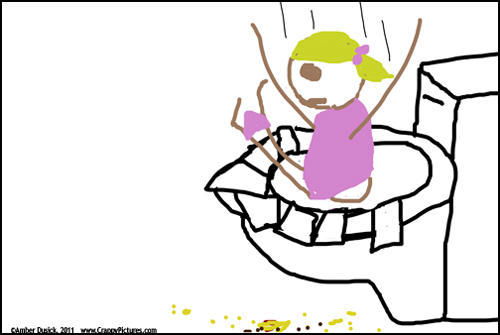 Why is her butt so tiny? This is no good.

Oh, I see the problem! Her underwear can't be on both ankles because she needs to spread her legs to anchor herself and balance.

So I slip it over one shoe and leave it around the other ankle. I continue to hold her steady. 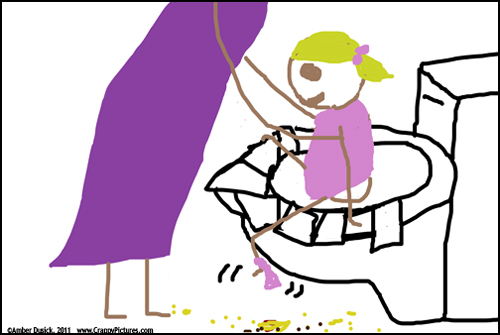 And we have pee!

I did it! Take that, friend with a daughter. I totally handled this.

As I'm patting myself on the back, I notice her foot. The one with the underwear clinging to it. It is swinging.

With two little shakes, the underwear slips over her shoe: 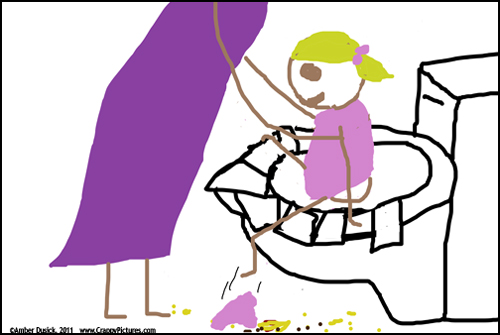 And it falls onto the sticky, urine laquered floor. Inside out. The part that touches her parts is contaminated.

With weighted shoulders of defeat, I hand my friend the underwear: 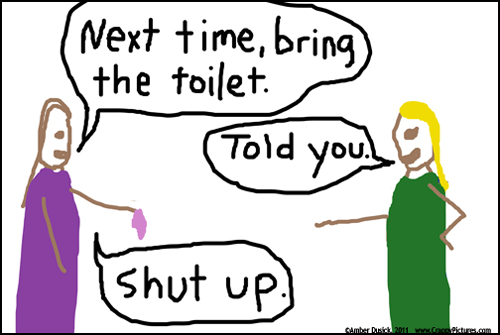 I will never again make fun of the toilet in her fancy purse.

And in return, she agreed to not say "I told you so" anymore.

We made a truce and joined forces. The public toilet is the enemy!

There is no competition for who has it worse when it sucks for everyone.