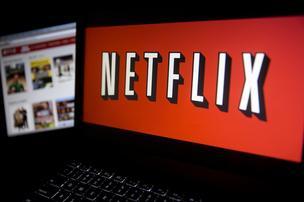 Today, the company Netflix is one of the largest and most successful corporations of its kind. This online video streaming service connects millions of individuals with the television and movie content they are looking for with affordable monthly plans.

Always Be Transparent With The Public

Netflix came under fire when the company split their service into two different sites with the launch of Qwikster. Immediately, their customers pushed back as it caused a major inconvenience for consumers who wanted to rent movies.

The Netflix CEO tried to soothe over the frustrations of his consumers, but the company had already done a great deal of damage and lost the trust of their customers since they were not transparent with their customers about why they made the changes or what those changes really meant.

Essentially, Netflix lost the trust of the public based on an action that they took. They created their own PR nightmare by not being completely transparent about what was going on. Today's companies can learn a major lessons about this if they just take the time to think about the consequences of certain moneymaking moves and determine whether or not they really want to handle the potential backlash.

If You Want to Stay Relevant, Change With the Times

So much of public relations is about staying relevant in your current market and with the public. Netflix started out as a DVD rental company, but as DVDs started to become obsolete, they had to make a major change.

This is when Netflix jumped ship from the DVD market to the online streaming market, and quickly became one of the biggest and most popular online services within their market. The company saw an opportunity to stay relevant, took action, and the risk paid off.

When other competitors began to catch up, the company made another major change and started creating their own content. What started as small mini-series have quickly grown into some of today's biggest shows in entertainment. Netflix began creating award-winning shows such as Orange is the New Black, Peaky Blinders and House of Cards, once again solidifying their reputation in the public eye.

Damage Control Will Always Be Important

Public perception is always important, as is dedication and loyalty from your customers. However, damage control is always something that you need to be aware of. There will be issues with both customers and the public.

Netflix came under fire again when they tried to raise their monthly prices. The stocks plummeted and the public started firing back against the company, meaning it was time for damage control.

Netflix had to focus on their current lost subscribers instead of focusing only on acquiring new ones. They launched focused marketing efforts to re-recruit their old customers, address consumer needs and to attempt to deliver new benefits and services to make up for the price increase. While they had to draw their attention away from their normal goal of getting new customers, this damage control effort proved to be a favorable move for the company in the end.

There are many lessons we can learn from Netflix, and if you take a moment to really look at the company you will see some prevalent reminders of important PR lessons that can help any company thrive in today's market.