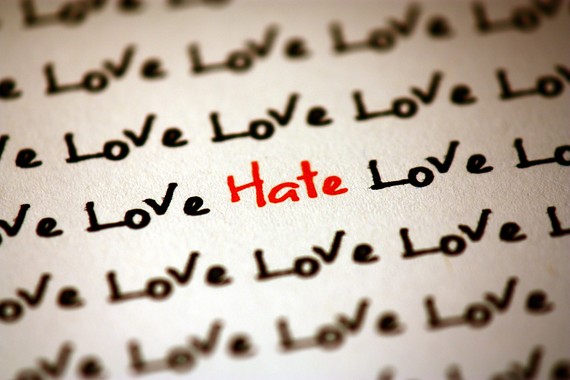 I've been reflecting a lot lately on the things that have been going on in our culture. While I generally focus on the positive and try to be an optimistic guy, it's hard when you see the banter that people throw around in order to purposefully demean someone else.

I have luckily grown up very open minded, and I truly believe that there is good in everyone, anyone, from anywhere. It's not just that I believe it; I live it.

I've never understood discrimination, and I never will.

I'm sure I've misspoken a few times through the years and I'm sure I've naively said insensitive things, but it was never coming from a place of discrimination. I may have been stupid or uneducated at times, but I've never been meanspirited or ill-willed.

What's true of a marketer should also be true of any person.

Sadly, that's not often the case and I hate to say it but it feels like it's not getting any better. Or at a minimum, social media has provided a stage for people to voice it more loudly.

But I've come to a conclusion that oddly makes me feel better. It's not going to sound that way at first, but it helps me reconcile the impact when I hear hateful things come out of people's mouths.

Prejudice is prejudice, no matter how you slice it. And prejudice doesn't discriminate.

Prejudice hits us all, every one of us, because there's something about each and every one of us that someone somewhere could use against us. Me, I've got a few things and I've personally faced it. I have no right to complain, but I have chosen to voice it in a new book I have coming out called Out and About Dad.

So when I hear someone say something prejudicial about one person or a group of people, it's as if they are saying it about all of us. If they are attacking one group today, then they'll be attacking another group tomorrow. Everyone gets a turn.

I've heard it jokingly said that when someone is talking about you, then they're giving someone else a rest.

Maybe, but I don't see it that way. When someone is talking about someone else in a discriminatory way, then I feel like they are talking about me too. I feel the impact.

Prejudice does not discriminate.

At least we are all in it together. For some reason, that makes me feel a little bit better...at least until the time when we can make it all go away.
Wouldn't that be nice.