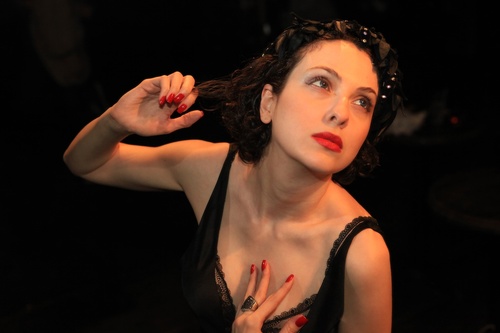 "[Eurovision] is truly an event that builds bridges between nations and encapsulates the values of Public Service Media. In this [60th] anniversary year, it is with pride that we look back at how the contest has influenced the public sphere in Europe."-- Ingrid Deltenre, European Broadcast Union Director General.

On the first day of 2010, I got a phone call from the Georgian Public Broadcaster (GPB), the official organizers of Eurovision's Georgian chapter. The previous year, I co-wrote the 2009 Icelandic Eurovision entry, "Is It True?," a runner-up that received a silver prize at the finals held in Moscow. 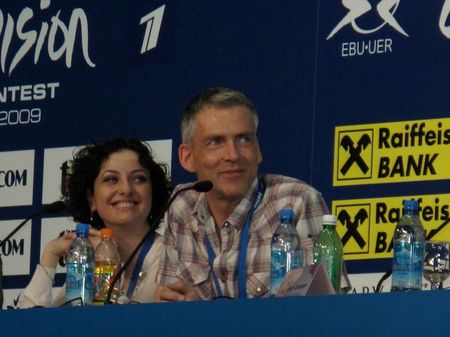 Impressed with the work I had done for Iceland, GPB officials invited me to compose a song for my homeland. I was flattered until I heard their caveat to the attractive offer. The chorus had to contain the following message: "We will never give in." This, the GPB representative informed me, was a direct message aimed at the Russian Federation following the 2008 war between our two countries.

More than write a song to effectively represent Georgian culture in all its glory, the GPB wanted me to send a political message to then-Russian Prime Minister Vladimir Putin. Deeply conflicted, I struggled to determine which side I was on, wary of burning any bridges. Was my loyalty to my native Georgia or my surrogate motherland, Russia? This struck me as absurd as the notion of asking a child: "Who do you love more, Mommy or Daddy?"

While nowhere near as widely known in the United States as it is in Europe, Eurovision is more than just a popular television show. The Eurovision Song Contest is an annual event that attracts some 800 million worldwide viewers (that's more than the Super Bowl!)

This month, ESC celebrates its 60th anniversary with a symbolic theme of "Building Bridges" -- the embodiment of cross-cultural diplomacy with a showbiz twist. Eurovision is an unprecedented platform, offering a unique opportunity for smaller nations -- which otherwise remain largely unnoticed by the Western world -- to have their voice heard and to spread their socio-political messages on a global level.

Even though Eurovision's peacemaking mission remains as relevant as ever, given the modern political climate and socioeconomic dynamics in global politics, can political expression within the framework of a cultural event still serve as an effective vehicle for "building bridges"?

In May 1993, my family migrated from our hometown of Tbilisi to Moscow when civil war broke out in Georgia shortly after the collapse of the Soviet Union. As a 14-year-old high school student in Russia, I made my musical debut singing at the opening gala of the first Russian Film Festival in Cannes, France.

After graduation, I enrolled in Moscow State University where I studied for just over a year until emigrating (yet again) to the United States. These milestones, having taken place in the country that years later would invade my homeland, gave me a unique view of global culture and also placed me in an awkward position.

The year before I was invited to write a Eurovision song, Georgia made the headlines that quickly spread beyond the song contest with their pun-tastic 2009 entry, "We Don't Wanna Put In," an anti-Putin message that Georgia hoped to perform at the ESC finals held, ironically, in Moscow. The European Broadcast Union banned the entry, as it violated the spirit of the ESC to foster peace and dialogue through music, urging the Georgian composers to either rewrite the lyrics or drop out completely. The Georgian delegation chose the latter.

After careful consideration, I proposed to the Georgian Public Broadcaster to use a "double-entendre" technique; that is, to embed and relay the same message but in a form of a love song, which would have had been more in the spirit of the pop song contest. Following my submission of "Never Give In," which was included in the pre-selection concert and performed on GPB's Channel 1 by a Georgian artist, Sofia Nizharadze, the Georgian officials voiced their verdict: the lyrical content of the song was considered "insufficiently political for the cause."

Though undeniably disappointed, deep down, I was also secretly relieved. Had "Never Give In" reached the finals in its semi-political form, I, as the guilt-ridden creator of its content, may have found myself on the receiving end of repercussions from my surrogate home, Russia. 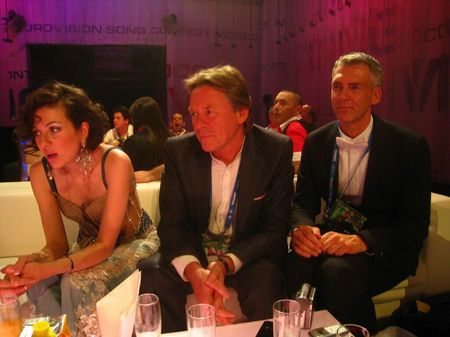 Instead, GPB picked a power ballad, "Shine," devoid of any political undertones composed by a Norwegian songwriter, Hanne Sørvaag (the 2010 ESC was being hosted in Norway). Though seemingly more in line with the Eurovision format, viewers of Georgian National TV Channel 1 complained that picking the Norwegian song was an unpatriotic misrepresentation of Georgian culture.

Ultimately, we cannot ignore the founding mission of Eurovision to showcase the importance of bringing countries together -- not breaking them apart -- to celebrate diversity, music and culture, instead of criticizing each other's political leaders and burning bridges with next-door neighbors.