There's a photo of a J.Crew ad being shared around social media right now that shows a black male model with the words "We Own Them." 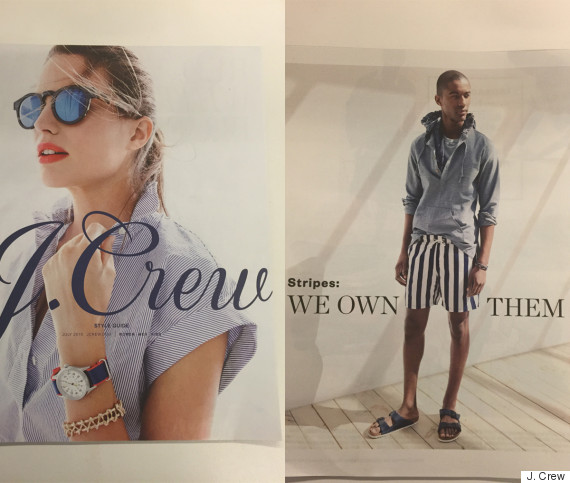 We looked for the ad ourselves and found it in the July 2015 "Style Guide" catalog. The real ad actually reads: "Stripes: We Own Them." Yes, that means that someone took it upon themselves to deliberately place their thumb over the word "stripes," prompting a lot of folks to call the ad racist as the photo soared to the top of Reddit's homepage on Tuesday afternoon. 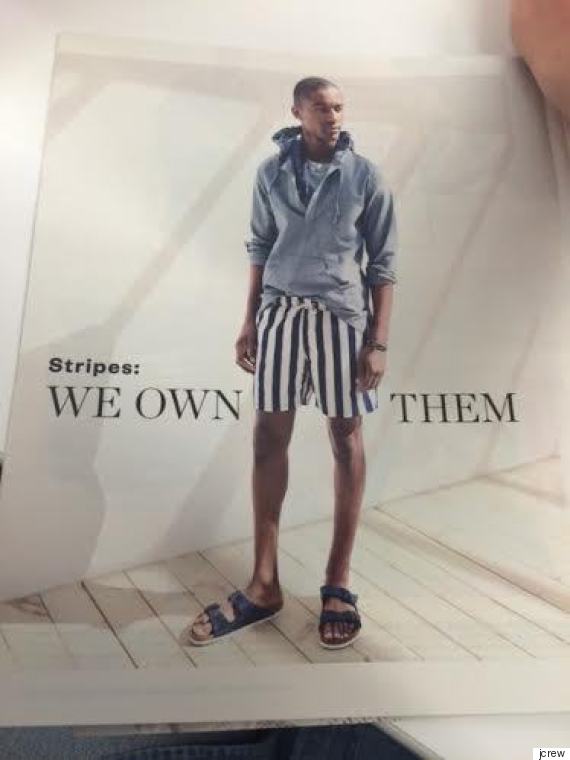 It's unclear where the photo originated, but it's already been seen more than a million times on Imgur alone and is spreading across Twitter. Sadly, situations like this are believable and often taken at face value since the fashion industry is plagued with racially insensitive imagery and a blatant lack of diversity.

We're relieved that this J.Crew ad won't be added to that notorious list.