NEW YORK -- A week after police shot to death an unarmed 18-year-old in his grandmother's Bronx apartment, questions continue to swirl around the aggressive police tactics that led to the fatal confrontation.

Ramarley Graham died last Thursday after Richard Haste, 30, a New York police officer, entered his grandmother's apartment and shot Graham in the chest while he attempted to flush a bag of marijuana down the toilet. Graham was unarmed and police did not have a warrant to enter the home.

Graham's death has sparked street protests in Wakefield, a low-income neighborhood with a large African-American and Caribbean immigrant population. "They had no business kicking down the door. They went too far," said Tyrone Harris, 27. "They need to go to jail just like any other citizen."

Protesters linked the shooting to the NYPD's aggressive street policing program, called "stop-and-frisk," which predominantly targets low-income minority neighborhoods. In 2011, the program stopped and searched more than 500,000 New Yorkers, 85 percent of them black or Latino. The searches contributed to a record number of misdemeanor marijuana arrests last year.

"The public has every reason to question whether this shooting was the product of the NYPD marijuana arrest crusade, or whether it's the product of their hyper-aggressive stop-and-frisk program," said Donna Lieberman, executive director of the New York Civil Liberties Union.

"This isn't just the collateral damage of policing in a big city," Lieberman said. "The NYPD has adopted certain policies that are off the charts."

The NYPD did not respond to several requests for comment. But at a press conference last week, police Commissioner Ray Kelly expressed concern over Graham's death. "At this juncture we see an unarmed person being shot," he said. "That always concerns us."

The Bronx district attorney's office is investigating, with plans to present evidence to a grand jury for potential criminal charges. In the meantime, the shooting officer and his supervisor have been relieved of their weapons and placed on restricted duty, police said.

Whether charges are brought against officers will hinge on details investigators glean about the events surrounding the shooting.

Police officials said that members of a street narcotics squad broadcast over their radios that they saw the butt of a gun in Graham's waistband as he left a convenience store, under observation for suspected drug activity. The young man then fled up the block to his home after two plainclothes officers in an unmarked squad car told him to stop, officials said.

Footage from private surveillance cameras shows Graham walking into his grandmother's apartment building, a three-story home on a residential street.

Police officers, guns drawn, quickly follow and attempt to kick down the front door after finding it locked. In the back of the building, other officers swarm in through a rear apartment. The cameras do not capture what transpired inside, but officers quickly entered Graham's grandmother's apartment on the second floor. They did not have a search warrant.

The large number of officers at the house indicated that Graham wasn't likely to escape and that officers could have waited to obtain a warrant before storming the apartment, said Emdin, the Graham family's attorney.

"They can't take matters into their own hands like this and violate the Constitution," Emdin said.

John Wesley Hall, a criminal defense attorney in Little Rock, Ark. who has argued cases involving police searches before the Supreme Court, said a police suspicion that Graham might be carrying an illegal handgun was insufficient justification for entering the home without a warrant.

"If they thought he had a gun, they should have stopped him on the street and not waited for him to go inside," Hall said. "Any reasonable officer would have known that they needed a warrant to get into the house."

The most crucial question facing Haste, the shooting officer, will surround his actions inside the apartment.

Haste's partner told investigators that Haste identified himself as a police officer, told Graham to "show his hands" and then yelled "gun, gun" before firing, Kelly said.

But Graham's grandmother maintains that officers did not announce their presence entering her home and that Haste did not say anything to Graham before shooting him, Emdin said.

Emdin also questioned an initial police account describing the shooting. In statements to reporters the day of Graham's death, chief NYPD spokesman Paul J. Browne said that Graham "struggled" with Haste in the bathroom before the fatal shot.

But at a press conference the next day, Kelly, the NYPD commissioner, answered 'no' when asked whether investigators still believed a struggle had taken place.

"Who told them that? Why did they retract that one day later?" Emdin said.

The NYPD did not respond to emailed questions regarding department policies on warrantless searches, or inconsistencies in the police account of the shooting.

The officer who shot Graham hadn't been trained in street-level narcotics work or plainclothes work, the paper said.

CORRECTION: An earlier version of this article misstated the alleged actions of police officers in the shooting of a Queens teenager. While video showed officers attempting to kick down the front door of the apartment building where Graham lived, it is unclear how officers gained entry to the teen's grandmother's apartment, where he was shot. 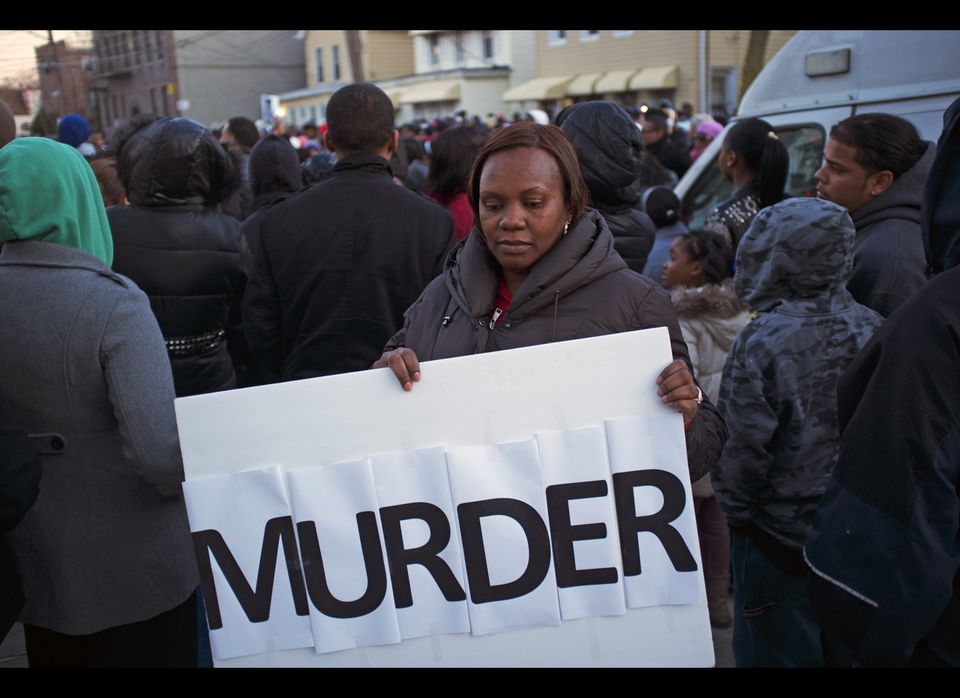