In the three years since Chicago-based Rebuilding Exchange, 1740 W. Webster Ave., opened up shop, they have won over the city's environmentally-conscious and design-inclined alike with their locally-sourced building materials and home furnishings created from reused waste.

According to their website, their efforts have diverted "thousands of tons" of building materials from ending up at a landfill, in addition to helping create a robust market for the leftovers from building deconstruction in Chicago. And now, the non-profit wants to take their work to the next level by creating, in partnership with Strand Design, RX Made, a line of stylish, upcycled products built using reclaimed, locally produced materials.

In order to get the line's initial offering of three products -- a wall clock, a bench-slash-shelf and a bottle opener -- off the ground, the Rebuilding Exchange launched a Kickstarter campaign, which is nearing full funding with just over a week to go. HuffPost recently spoke with Cynthia Main, director of education and special projects at the Exchange, to learn more about the prospective line.

The Huffington Post: Tell me more about how Rebuilding Exchange initially came to be. How has the initiative grown since that time to where we are today, with you guys hoping to get this new product line off the ground?
Cynthia Main: We were started by Elise Zelechowski, who works at the Delta Institute, which is a nerdy think tank for people working to make the Great Lakes region the greenest in the country. They went out to Portland and saw the ReBuilding Center there and were really inspired and wanted to try to bring that here. We're a multi-tiered organization, like most others these days, working on policy and education, as well as offering classes and a job training program, because we're pushing for a paradigm shift on all these fronts. But most people know us through the retail store or through the job training program.

One goal of the job-training program is to teach people how to make value-added products, including furniture out of reclaimed materials. I was hired to teach basic carpentry and the furniture line came out of that. We've been making all these tables and chairs and selling all of them -- we're really seeing an interest there. Doing the job-training program, we also realized that working with reclaimed materials is a specific skill set and the jobs are not necessarily there. So we wanted to look at job creation for people, with the hope to essentially make the jobs ourselves. We started to look into this more seriously and kept running into Strand Design at events. We've always loved their stuff and their ethics, so we talked to them about partnering to design a line to release through the store.

(Scroll down to check out photos of prototypes of the RX Made line.)

HP: What specifically was it about Strand's products and ethics that made Rebuilding Exchange want to work with them on this line?
CM: Strand really stood out to us because they know us and our shop and our capacity. I cannot sing their praises enough. We're trying to create jobs to be filled by people who really need the training and may be coming in with lower skills -- and Strand can design with that in mind. We use donated tools and our shop feels like a 1950s classroom -- it's a public school shop, essentially. And there's a lot you can do with the equipment, but you have to design what you're building with all that in mind. They also helped us with the sourcing work for the line, making sure each tiny part -- like the small barrel nut in the bottle opener -- was being made locally and brought in all these players they already knew who were also familiar with working with reclaimed materials. It's a really easy and good relationship.

HP: For this first line, you hope to produce, in addition to the bottle opener, a clock and a versatile shelf-slash-bench. What was the thought process behind narrowing it down to those three products?
CM: Strand approached us with six or seven different prototypes fully done and let us filter through them. We wanted to make things that are reasonably affordable for what they are, that are also durable, built to last and usable. We loved that the bench has multiple functions and that you can adjust it to your own space if you want. And the bottle opener answers some questions too. They're not unnecessary objects -- they're things we thought people could really use rather than us just putting more stuff out into the world.

HP: How has the response been so far to the Kickstarter? You guys are very close to your funding goal.
CM: It's been going really good. We like Kickstarter's whole thing about launching ideas and that it's not a matter of pre-buying items. Because this is our first run, this is more like: Do you think this is a good idea? If the campaign's not successful, it will just be a blip in our history and we'll know we just couldn't figure out how to raise the capital to get this started.

But people have been reaching out to us from some crazy places. Someone from Singapore e-mailed us saying they wanted the clock. A national organization reached out to us with the possibility of us partnering with Strand to maybe make something for them in 2014. It's really great -- now when you look us up on Google, you can see our furniture and find out who we are, rather than just finding special parts made for the Lexus. At the very least, we now exist on the Internet, basically.

HP: You've addressed what the plan will be if the campaign doesn't work but -- thinking long-term here -- what if it does turn out to be a smash? What's your ideal scenario in the future with the product line?
CM: We'd love to be a kind of manufacturer of short runs of super Chicago pride items made from as much reclaimed material as possible, working with other local manufacturers who produce sustainably. We see ourselves as having these manufacturing lines putting out a couple of products at a time, maybe crowdsourcing ideas and involving the community in making cool things. We'd like to help Chicago kind of reclaim its manufacturing mantle, so to speak.

With eight days to go as of Tuesday, Rebuilding Exchange's Kickstarter has raised nearly $32,000 toward their $38,375 fundraising goal. Help the campaign get the rest of the way there or learn more.

It's back! If you have a Chicago-based Kickstarter or IndieGoGo project that you'd like to see featured in "Can They Kick It?"? Get in touch at chicago@huffingtonpost.com. 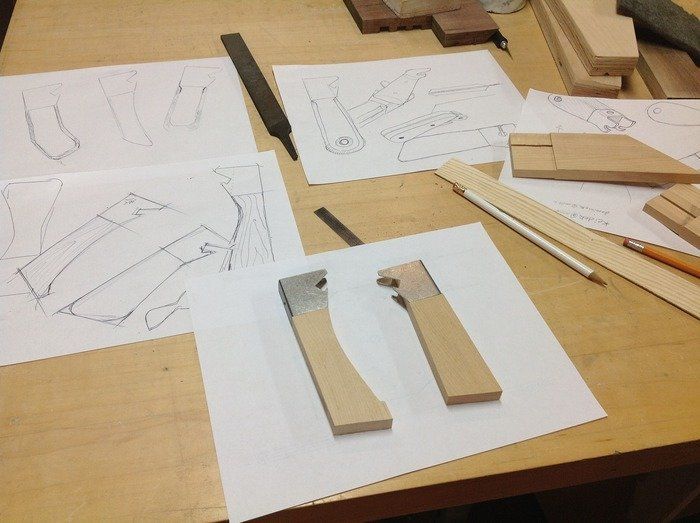