Light is a powerful symbol in many of the world's religions. Hindus remember the victory of light over darkness during Diwali, and pagans mark the beginning of the return of the sun during the Winter Solstice.

Hanukkah is the Jewish Festival of Lights. The eight-day celebration began this year on Dec. 6. On the last day of Hanukkah, HuffPost Religion teamed up with Chabad-Lubavitch to reflect on the enduring power of light within the Jewish tradition. Chabad-Lubavitch is a Hasidic movement within Judaism, with more than 4,000 centers located in more than 80 countries.

Rabbi Chaim Schneur Nisenbaum, who helps lead a Chabad community in Paris, said this year's Hanukkah had a particularly relevant message, since the holiday began so soon after the Paris terror attacks.

Speaking at an annual Menorah lighting near France's Eiffel Tower on the first night of Hanukkah, Nisenbaum said the attackers "intended to put an end to the freedom of mind and opinion."

"In the historical times of Chanukah, the invaders of the land of Israel, the Greeks, had the same intention. But the Jews did not submit. They knew that light is stronger than obscurity, and that nobody can douse it," Nisenbaum said.

Read the reflections below, and head over to Chabad's Instagram page for more.

The eight-day Jewish holiday of Chanukah began the evening of Dec. 6 and concludes Monday. Each night, a candle is added to the menorah -- a special eight-branched candelabrum -- commemorating a Jewish group's second century BCE victory over the Syrian Greek army and the rededication of the Holy Temple in Jerusalem.
Chanukah is unique among Jewish holidays in its emphasis on Pirsumei Nisa, bringing the message of the holiday into the public sphere.

Pictured here, thousands of Jews gather at this year's public Menorah lighting by the Eiffel Tower. After the terrorist attacks at the Bataclan theater and other Parisian landmarks, the Menorah was a symbol of the victory of light over darkness. (Photo credit: Chabad.org)

In 1973, the Lubavitcher rebbe -- Rabbi Menachem Mendel Schneerson, of righteous memory -- launched a worldwide Chanukah campaign, an effort to create awareness and promote observance of #Chanukah. This year, the global campaign the rebbe will reach an estimated 8 million Jews (more than half of the world's Jewish population).

Pictured here, the Lubavitcher rebbe takes part in a 1987 public Chanukah celebration. These events, broadcast live around the world via satellite, highlighted the unifying power of the holiday and the power of modern technology to bring people of all backgrounds together.

Since its launch, the public display of Chanukah has become a staple of Jewish cultural and religious life. Chabad-Lubavitch set up more than 15,000 large public menorahs in more than 80 countries over the course of this year's holiday. Menorahs were placed in front of the White House in Washington, the Brandenburg Gate in Berlin, and the Kremlin in Russia.

In 1975, Chabad-Lubavitch Rabbi Chaim Drizin in San Francisco made arrangements to light the first massive public menorah in the city’s Union Square. Bill Graham, a child survivor of the Holocaust and a well-known music promoter, donated the construction of the 22-foot-tall mahogany menorah. To this day, it's called the Bill Graham menorah.

Each day of the week @Chabadorg shares a daily dose of Jewish wisdom based on the teachings of the Lubavitcher rebbe.

A powerful thought for Chanukah:

We all know the power of darkness -- it is in the news every day. A thousand times over is the power of light.

A busy person stopping to do an act of kindness, a small child reaching up to kiss the mezuzah on the door of her room, a flickering candle for Shabbat or Chanukah -- each of these are as bursts of light in the nighttime sky.

True, they rarely appear in the daily news. But the darkness of yesterday’s news will pass like the shadows of clouds on a windy day. Light endures forever, accumulating with every flash, until no room is left for darkness to hide.

Chanukah is related to the Hebrew word "chinuch" or education. Chanukah is a chance to inspire the future generation of Jews, insuring that they too will bring the message of light, goodness, godliness and transcendence to the world. 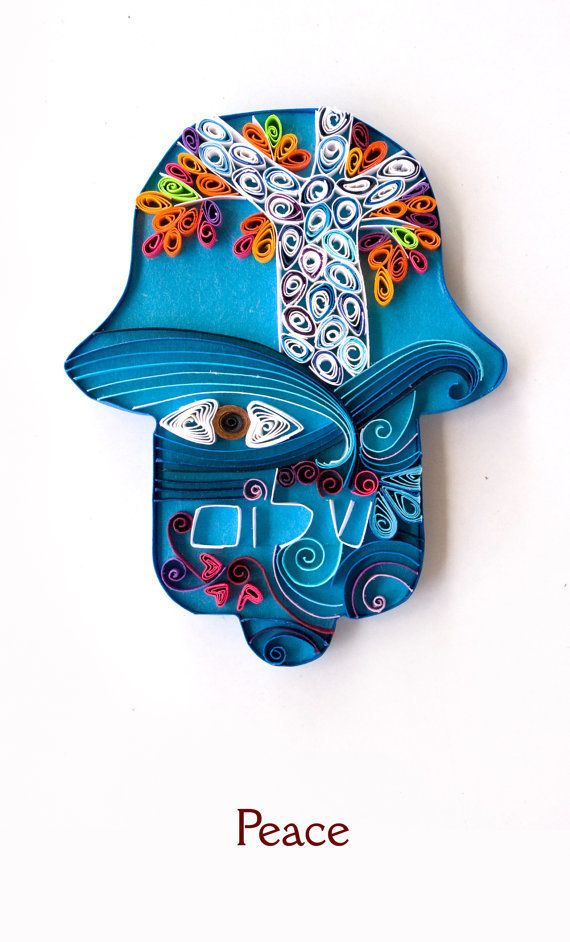