I recently posted an article detailing my concerns about index fund investing. That article elicited an interesting bunch of comments to which I would like to respond. 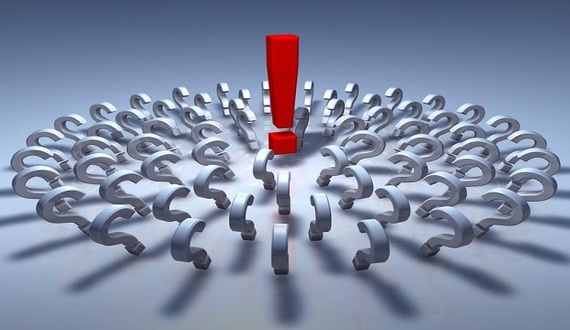 First, it is clear that many have no real clue what a "Fiduciary" is. As a former practising attorney, it is a fundamental principle in the law: The client's interests come first, period, end of story. I wonder how many of the article's respondents have anyone looking after THEIR interests above their own?

Jeff would like me to commit an unnatural act with myself. Apparently he disliked my comment about the precarious financial footing on which Obama has put this country. Jeff, you are committing the fundamental sin of looking backwards. IMHO you don't want to do that unless you're going in that direction. Just because you have "done well" since O took office does not negate the argument I am positing. It's as if you had a history of crossing at an intersection since grade school and nothing ever happened. Tomorrow you cross the same intersection while texting. You are splattered by a large semi while you weren't paying attention. I suggest looking forward. Piling on additional national debt, now over $18 trillion, and paying no attention to the accumulated deficits in Social Security, Medicare and student loans is terribly short sighted, and frankly, very ignorant. And it isn't just Obama, IMHO Bush spent like a drunken Democrat and I knew it would come to no good. Obama has just elevated this national fraud to a new height. Obama had piled on more national debt than all other president combined. How can that not bother a lot of people? The current bull market has been artificially buoyed by the Fed QE activities. This isn't a market driven event, it is a government driven manipulation. It is intrinsically destructive IMHO, and does not afford the "market" the opportunity to work through its problems fundamentally and correctly.

Some other postings do not merit a reply, they are merely ad hominem attacks since the article probably made them feel stupid and challenged core beliefs that they have been sold by the establishment.

Gabi, 10 years ago was 2005. If you consider the huge burden our bad fiscal and monetary policy has placed upon our economy you need to look forward not behind you. What will you do when your portfolio is down 15%-20% in a heartbeat? How about year in and year out for three years? If you are fully invested now, how will you be able to buy more when that downturn comes?

Spencer calls me a crook and attributed buddies to me. Unlike whatever he is dealing with, I sell no financial products, I have no fancy ads, I have no company colleagues, I am merely a contrary canary in the vast coal mine of what Larry Levin calls "Fraud Street", and rightfully so IMHO. After 33 years in the financial services industry without a single investor complaint or regulatory action I've earned the right to express these views regardless of who they may irritate. Years ago I took a very unpopular stand at the firm I was with which ultimately resulted in my firing. For three years after I left, the Associated Persons of that firm found me to call and express that they'd wished they'd listened to me - BECAUSE I WAS RIGHT. Unpopular, but right.

The responses I read confirm my understanding that the masses have been sold a palatable bill of goods by the establishment. They have drunk all the Kool-Aid and they think are not thirsty. However, history has proven herd mentality to be wrong, time and time again. P.T. Barnum had it right when he commented that a sucker is born every minute. The "sheeple" really resent it when what they have come to believe is challenged.

This article was meant as a caution to all those who believe the market will always go up, real estate will always go up, that in the bull markets the markets are up about 100% over about three years and in the bear markets the markets are down about 30% in about 9 months. In spite of Putnam's Don Connolly's wisdom I don't believe this is true anymore. When I witnessed 2008-2009 and saw that only cash was a portfolio risk dampener, not bonds, I had an epiphany. While MPT might still have validity, finding true diversification, true statistical non-correlation of asset classes, was not what the industry was about.

Also, all my prior studies over about 20 years proved that only about 20% of active managers beat their CORRECT correlative indexes in three year trailing rolling periods. However, if one invests in indexed funds one is doomed to only an index return minus costs and expenses. Plus, index funds and ETF's suffer from the same ailment - market capitalization weighting. So, an investor will always overpay for most of the stocks in that index. That's why the industry is failing the average investor. Ignorance and laziness is a deadly combination where investing is concerned. Most of the commentators to the first article probably pay more attention to the size of Kim Kardashian's backside than they do to real unadulterated news and true financial news. I'm sorry my article made many feel stupid but I'd rather help someone get out of their financial torpor than not try to scream about what is happening with no ulterior motives and no prejudices.

About the Author: Henry Schwarzberg is the Principal of his consulting firm specializing in all aspects related to Qualified Plan governance, management and operation; Defined Benefit and Defined Contribution plans; Expert witness services and brokerage transaction/account forensics. He has a Law Degree from Brooklyn Law School and holds the following credentials: AIF, CRPS. Connect with him on Linked In.