Ondi Timoner knows a lot about documentaries, which you'd expect from the director of five award-winning documentaries, two of which earned her the distinction of being the only director to ever win the prestigious Grand Jury Prize at the Sundance Film Festival twice. Having spent countless hours at festivals with her fellow documentarians at Q&A sessions, panels, award ceremonies, luncheons, and receptions, you'd be correct to assume that she's also good at talking to documentary filmmakers. Timoner's film We Live in Public captured an important, harrowing, insanity-inducing experiment that predicted and embodied today's debate over Internet privacy in the age of digital oversharing, so her interest in Internet pioneers and how their creations impact our lives should be a given. 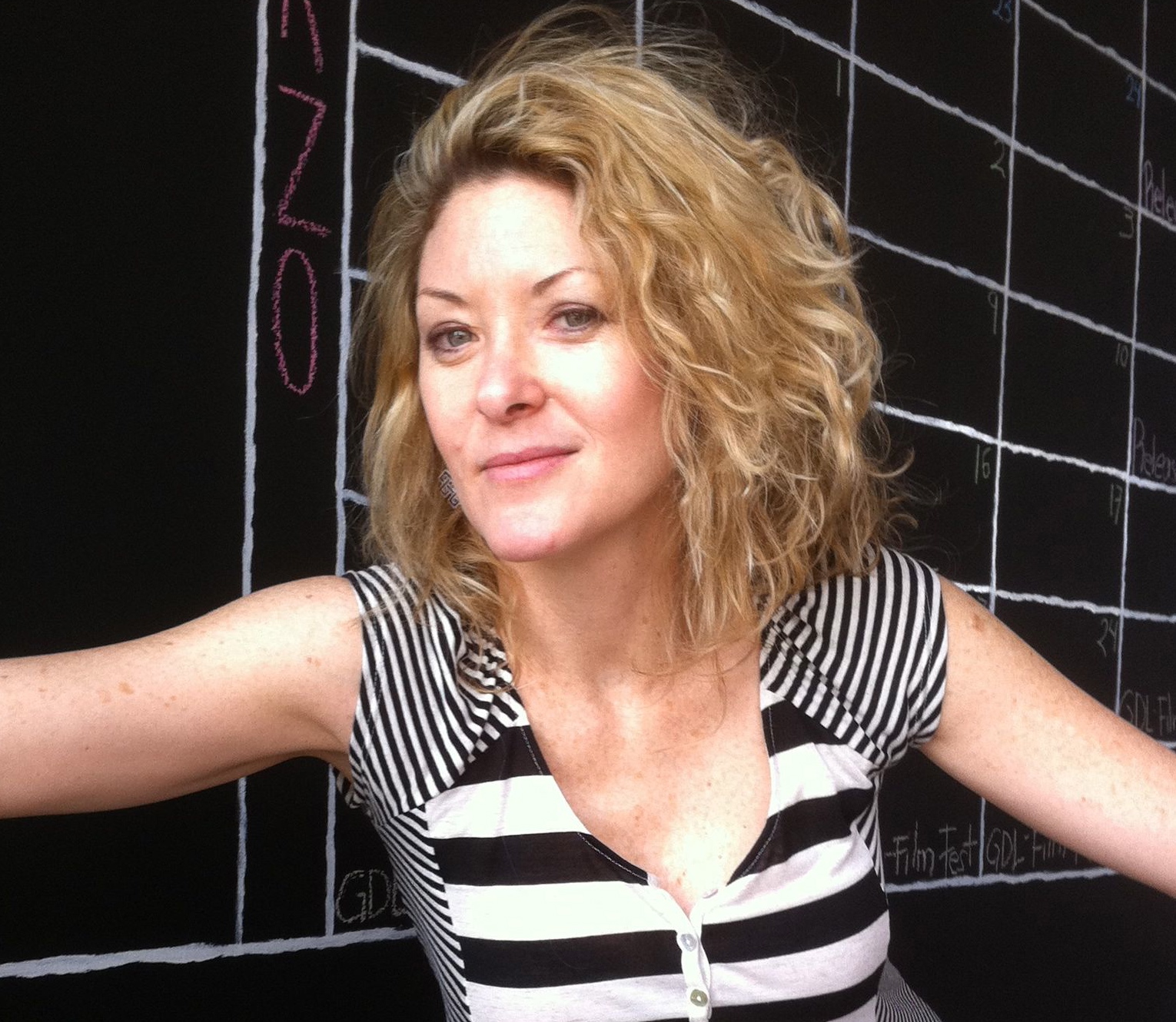 Timoner's latest ventures, an interview show called BYOD (Bring Your Own Doc) and a YouTube channel called Live Public, use Timoner's interests in mind- and life-changing documentaries and technology to go behind the scenes of how both are made. I spoke with Timoner about her new projects, what she hopes they accomplish, and her thoughts on why documentaries seem to be experiencing a golden age.

Jonathan Kim: Is BYOD something you've wanted to do for a long time, or is there something going on in the world of documentaries that made you feel that now was a particularly good time to do it?

Ondi Timoner: For several years, I was developing a show called Ondimentary that we were trying to get started with the doc channel, but it never quite took off. But I do think BYOD came into being because there really is a golden age of documentaries happening right now where some of the most beautiful and important pieces of work are being made about real subjects with real footage, and the form of documentary is being pushed beyond the borders of what it was traditionally known to be. So it's a wonderful time to do a show about documentaries. It's also important, I think, to celebrate and elevate the form, and I think I as a filmmaker interviewing other filmmakers can do that.

(Watch an episode of BYOD with director Lucy Walker [Countdown to Zero, Wasteland] below.)

JK: It seems like docs have moved up to a new level recently. I'd attribute this to the amazing cinematic quality of the new small, lightweight HD DSLR cameras that can handle film lenses, as well as the availability of docs on Netflix Instant. Are these the causes of this renaissance, or is it something else?

OT: I do think the HD format, and even digital before that, democratized the art form of documentary filmmaking because the cost is lower and they can record for long periods of time. The ability to record life as it's unfolding to create verité is greatly increased. The availability of docs on Netflix Instant is wonderful for the audience, and I've really enjoyed having We Live In Public on there, but I don't think that's the cause of the renaissance. I think it's wonderful that more people can see documentaries, but I think the editing software and the cameras have done more. I actually think reality TV, to some extent, opened the door for documentaries and showed the general public (and the buyers that follow) that real life can be really entertaining.

JK: What will it take for documentaries to be shown in multiplexes alongside bigger studio movies? Will we ever get there? Should we?

OT: I don't know that documentaries are headed that way. I think what it'll take to get theaters to stay alive is to follow more of the model of theaters like the Alamo Drafthouse in Austin, Texas where you can order from a unique and interesting menu of food and beverages in the theater, including alcohol, and be served in the theater, and adjacent is a really wonderful restaurant that you can go and enjoy a meal and drinks with friends and sort of have a full night out around a movie. I think that any kind of movie can play in a theater like that and do well, and I think there should be more of those. In fact, I want to open one in Los Angeles, or maybe Pasadena or Alta Dena. Probably the only thing that's going to get more docs to show in movie theaters is to create events around them or to somehow miraculously get bigger marketing budgets for documentaries so that people know that they are in the theater in the first place.

JK: Tell me about Live Public. What is it? What's the format? How is it being made? What inspired you to do it? What will your involvement be?

OT: I'm creating Live Public as a channel because I have many series in mind for it (I think it's seven at this point) with unique strings of content that deserve to be created. Originally, I got an email from Chris Lyman from Sendlove, which is a startup in Los Angeles, that was a really incredibly-written poetic email with pictures and everything about their incredible startup, their superhero names and all that, and I went down there with a camera and started filming them. They were fascinating from day one, but I realized they were just one startup, and that I was out of touch with where the tech world was since We Live In Public. I had created a pretty dark film with We Live In Public because that was the data I recorded, a warning shot about the Internet and our loss of privacy and loss of connection in the physical world as the virtual world took over, and that's really what WLIP was about.

I think it's really important for me to acknowledge and for me to spend my energy and whatever talent I have on the risktakers of today who have those big ideas who are creating the world that we live in, who are realizing the problems that we have and how we can solve them and have the guts to go out there and try to get it done. There's more and more all the time, and it's a totally inspiring activity.

Live Public has Startup Life which looks at a different startup every week. Elevator Pitches, which looks at startups pitching to venture capitalists and then getting feedback on their pitches, and there'll be a couple of those every day. Byte-Size which is 30- to 90-second bits of philosophy, history, and ideas about where we came from with the Internet, where we're going, how to succeed, what to do and what not to do from the masters of today. And then Sendlove, because we have hundreds upon hundreds of hours of footage of this extraordinary, charismatic group of people who are really trying to change the world in their own way. That's going to be an unfolding series where every week you'll get a new installment from and about these guys. So that's called Dream Team Complete. And then there's something going to be called The Wizards where you get to hear the biographies of some of these people who've really made it. It's going to be online, delivered to the online audience. There'll be My Life In Public, which will be another series where you'll be able to share your own stories of your cyber adventures or experiences online as well as suggestions to the startups or ideas of your own startups.

I guess what inspired me to do it was not only WLIP but also where the tech world is now. I mean, the economy is in the dumps but the tech world is booming. I grew up the daughter of an entrepreneur and celebrating entrepreneurism is something I think is a worthy pursuit because I believe all of us have some idea that we think will change the world and we just need to know how to do it, so I think I couldn't be engaging in something more inspiring for myself or other people.