GOP presidential candidate Rick Santorum targeted primary rivals Mitt Romney and Newt Gingrich on Tuesday for allegedly buying into the "bogus" science of man-made climate change, while proudly declaring that he himself had never believed in the "hoax of global warming."

At a campaign event in Colorado Springs, Colo., Santorum first took aim at Romney for his support of a regional cap and trade energy pact as Massachusetts governor, a line of attack he previewed over the weekend on NBC's "Meet the Press."

"Governor Romney proudly announced that they were the first state, Massachusetts, to put a cap on CO2 emissions in the state of Massachusetts," Santorum said in Colorado, according to Politico, before turning on Gingrich.

Gingrich has been battered on the now-notorious spot repeatedly over the course of the campaign. He's gone as far as to call it the "dumbest thing" he's done in the "last four years."

As Think Progress points out, Santorum also gave a more thorough explanation of his views on climate change on Monday.

"If you leave it to Nature, then Nature will do what Nature does, which is boom and bust," Santorum said at an energy summit in Colorado. "We were put on this Earth as creatures of God to have dominion over the Earth, to use it wisely and steward it wisely, but for our benefit not for the Earth's benefit."

He then appeared to give credence to the importance of "science and discovery," but only to prevent the "vagaries of nature" that could damage humans' ability to benefit from the planet.

"We are the intelligent beings that know how to manage things and through that course of science and discovery if we can be better stewards of this environment, then we should not let the vagaries of nature destroy what we have helped create," Santorum said.

Where the GOP presidential candidates stand on global warming: 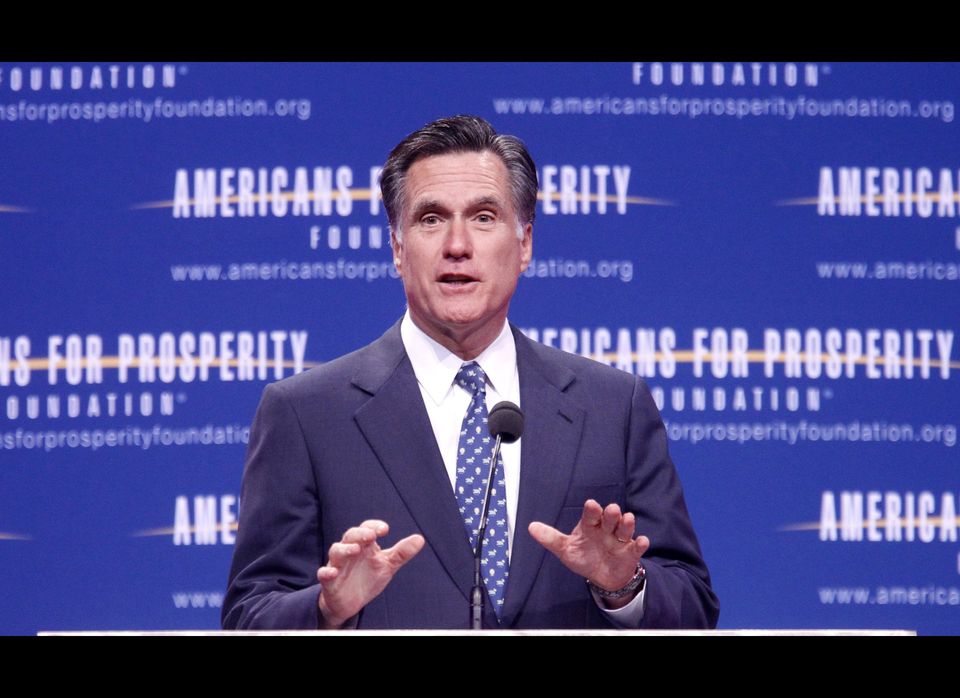