If someone cracked your cell phone's screen, you might make them pay up. But if you're Steve Soboroff and that someone is Rihanna, you'd turn your defective phone into thousands of dollars for charity.

According to TakePart, Rihanna took a selfie with Steve Soboroff, the L.A. Police Commission president, during a play-off series basketball game between the Los Angeles Clippers and Oklahoma City Thunder this past Saturday. But shortly after the photo was snapped, Rihanna dropped Soboroff's iPhone on the Staples Center's hardwood, cracking the screen.

Ps. She dropped the phone. pic.twitter.com/RXvgwgsEid


The potentially awkward situation, however, turned out to be anything but.

The superstar agreed to autograph the phone for Soboroff to auction off on eBay in support of the Los Angeles Police Foundation, Celebuzz reports.

Along with several initiatives that better the city, the foundation provides character and ethics education to underprivileged teenagers, as well as public speaking and conflict resolution training. As of Wednesday afternoon, the highest bid was a staggering $56,000.

In addition to the thousands of dollars raised from the auction, Rihanna announced Monday that she would be donating $25,000 to the foundation.

To support the Los Angeles Police Foundation's cause, visit the organization's website.

Rihanna Is The Only Girl (In The World) Who Can Turn A Selfie Into $81,000 Charity Payday
Rihanna's Hottest Instagram Photos 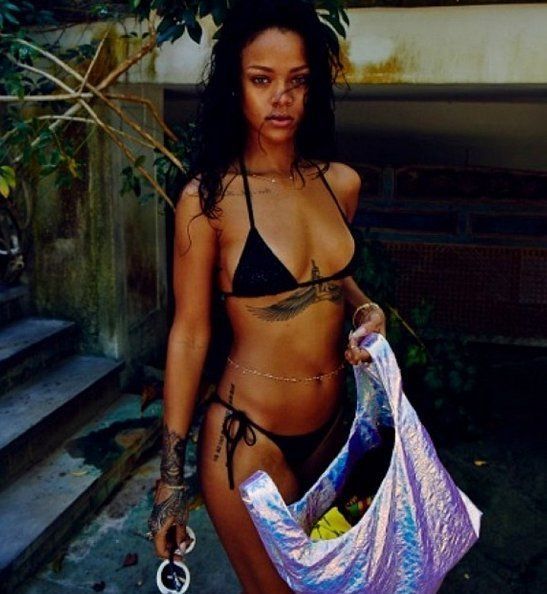