In 1992, Rodney King became a household name after he, a black man, was brutally beaten by four white Los Angeles police officers who were later found not guilty of felony assault. The incident, which was caught on videotape, sparked outrage throughout the community and racial tensions exploded in the form of deadly riots and looting in LA.

As the man at the center of the firestorm, King admittedly struggled, but also spent the next couple decades speaking out and sharing his experience. Just before his death in 2012, he gave one of his final interviews to "Oprah: Where Are They Now?" and reflected on what he wanted the country to take away from what happened back then.

It's a profound sentiment that resonates particularly strongly today.

"The lesson that I would like people to learn from my incident would be to respect each other's belief and religion and color.

"Know that we have worked so hard to get us to this point in life, and for us to be with jealous attitudes -- 'You black, I'm Japanese, you white...' -- that's not what the whole purpose was."

"Give your neighbor, give your friend a chance. Don't profile a person before getting to know that person. Be a real American, what our ancestors worked so hard for us to do, to accomplish.

"The work and the non-violence with Martin Luther King and all the other ones that we don't even about -- white, black, Japanese, everyone who's made a movement towards bringing people together and making this country work to what it is -- give that a chance. Give good a chance. Give humble thought a chance."

King, who died of accidental drowning a few months after sitting down for that interview, said he was focused on being a living example of what he preached through to his final days.

"I try and stick to doing my part," he said, "so when Judgment Day comes, He'll know right away where my spot is."

Also: Man who looted enthusiastically in the LA riots opens up decades later about the "repercussions"

Rodney King Shared A Profound Lesson From The LA Riots Just Before His Death
Rodney King: A Look Back 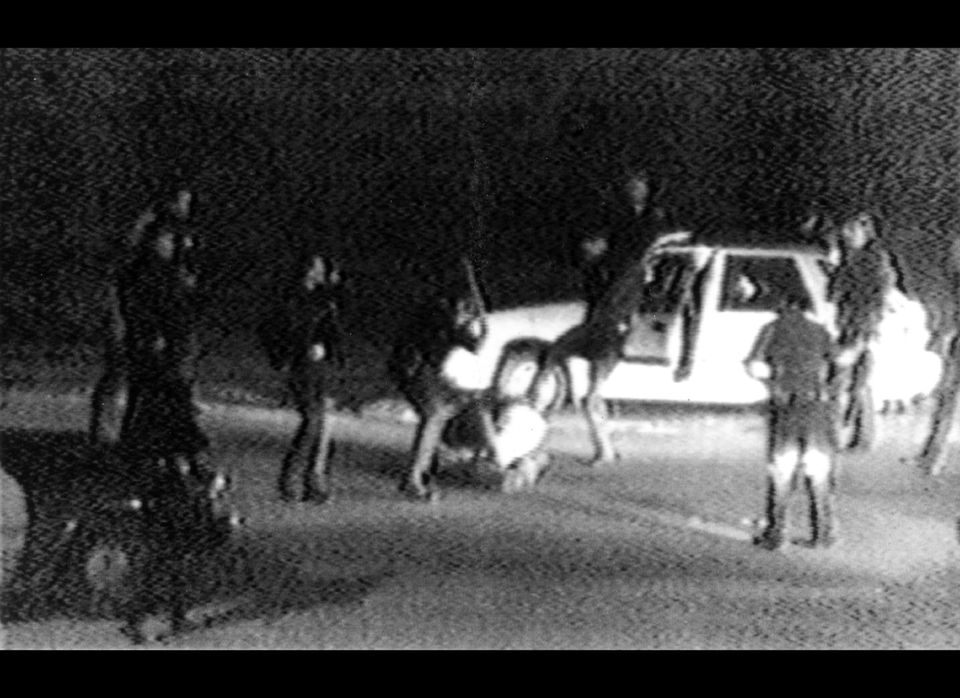 1 / 20
March 31, 1991
This March 31, 1991 image made from video shot by George Holliday shows police officers beating a man, later identified as Rodney King. King, the black motorist whose 1991 videotaped beating by Los Angeles police officers was the touchstone for one of the most destructive race riots in the nation's history, has died, his publicist said Sunday, June 17, 2012. He was 47. (AP Photo/Courtesy of KTLA Los Angeles, George Holliday)
AP